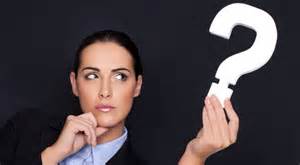 Recently, I was talking with someone who does a lot of hiring at Duke University hospital in Raleigh, North Carolina. We ended up getting into a conversation about the skills that many of today’s job seekers have—or don’t have—which is the sad point. We noticed that many necessary communication skills seem to be sorely lacking in some in the millennial generation. Granted, millennials are fabulous techies, but that expertise seems to have led to a deficit in interpersonal communication skills. This lack is, from her perspective, a deal-breaker in terms of getting a job. And, may I add, an absence of interpersonal communication skills is a problem in any situation which requires dealing with people—which, when lacking, could be a dream-breaker in general.

Here are some of her tips.

Number 1:  When you’re talking with people, look at them.

This seemed, as we talked, to be her number one complaint. And while this skill should be self-evident, it’s apparently not. She reports that when interviewing, many people—especially young folks—simply don’t know how to look her in the eye. We’re guessing that that’s because much of the interaction millennials have is with their own peers and the majority of those interactions are electronic; therefore, they simply have not had much practice interfacing directly with others so they feel uncomfortable when someone else is looking (or attempting to look) them in the eye.

I’ve noticed a couple of things with millennials as well. First of all, I’ve often marveled at how, when they’re with one friend, they’re texting or messaging another. And guess what? When they’re with that friend, they’re messaging the first one. Or I’ll see them chatting with each other while they’re playing video games or texting and neither is, of course, looking at the other. Sometimes I hear them chatting with someone in who knows what state or nation while playing a video game, meaning they haven’t ever seen the other’s face. And many times in the classroom when I’m speaking directly to a student, I’ll have to stop and ask him (or her) to look at me so I know I have his attention.

Which is the point: when you’re talking with someone and they’re looking down or anywhere but at you, the message is that they’re not paying attention. And that can be inferred to mean that what you’re saying is not that important.

Is that the message you want to send to a prospective employer? Or to anyone else?

Number 2:  When you’re talking with someone, slow down and speak up.

Evidently, mumbling is an issue. Granted, it can be unnerving to have to talk with someone you don’t know, but as I tell students when they’re public speaking, if people can’t hear you, then their focus is off your message and on you. And that’s bad. The same thing applies to the speed of your speech; the faster you talk, the more nervous you’ll appear. People who speak slowly are perceived as more confident plus, it’s easier for a listener to process what they’re saying. So, again, if you’re speaking too quickly, people are off message and on you.

As I tell students, we don’t pay any attention to the radio unless it’s spewing static and it’s the same with a speaker: we’re focused on the message, not the vehicle presenting it—unless the person speaking is somehow distorting that message.

The irony is that people get nervous speaking with or to folks they don’t know because they’re afraid of looking foolish, and yet it’s that nervousness that causes them to do (or not do) the things that do make them look foolish.

Number 3: Prepare. And then practice.

Sometimes when a friend is going to a job interview, I’ll offer to let them rehearse the worst case scenario—a really mean interviewer. I’ll ask them hard questions and do my best to put them on the spot. I’ll say things like, “What’s your greatest weakness—and don’t tell me it’s that you work too hard!” (Don’t ever say that!!) Research interview questions, Google the best and worst answers, and get someone to practice with.

Now you might be thinking that a job interview is not a beauty contest—and you’d be correct. However, it is a contest of how professional you are, whether you know how to dress for a work environment and, believe it or not, whether you’re a clean, neat person. My Duke friend entertained me with stories about how some people dress coming to job interviews—and some are not pretty. For example, one woman came dressed in scrubs. Now granted, she was looking for a job in the medical profession, but one doesn’t dress down for an interview; one dresses up. That means, as a general rule, always dress one step higher than the job requires. For instance, if you’re meeting the manager at a fast-food restaurant where you’ll be wearing a company uniform, nice slacks and a shirt or blouse are all that’s necessary. (And decent shoes—don’t wear sneakers!) If you’re applying for a professional job, a sales job, or an “out front” position like a receptionist, dress up. A suit for men and a suit or nice dress for women. And ladies, be modest: watch how short the skirt is or how low-cut the dress.

It’s not that difficult. Enough said?

If you’re a person for whom any or all of these things do not come naturally, prepare!  Your competition will. And then don’t be nervous. You got this!

“The Wait” or the Counterfeit? Your Call.