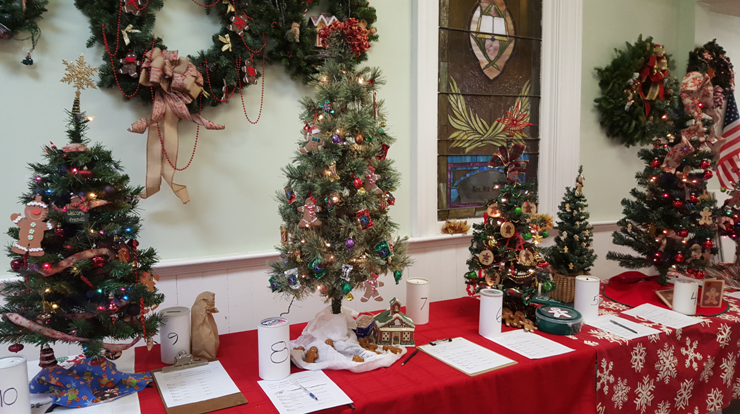 Last Thursday, I missed my regular mid-week post and many of you were sweet enough to wonder why. Good news – nothing is wrong. (There is no bad news.) The thing is that at one point in time, I agreed to be our district’s faculty association community relations’ person, which means I get to do all of the event planning for our teacher union. What was I thinking?? Some years, three of those events happen to fall in the same week. This was one of those years. So – it’s just been a really crazy week. And I have the pics to prove it. Here’s a sample.

Monday: Tagged and delivered 155 SPA gifts all around the 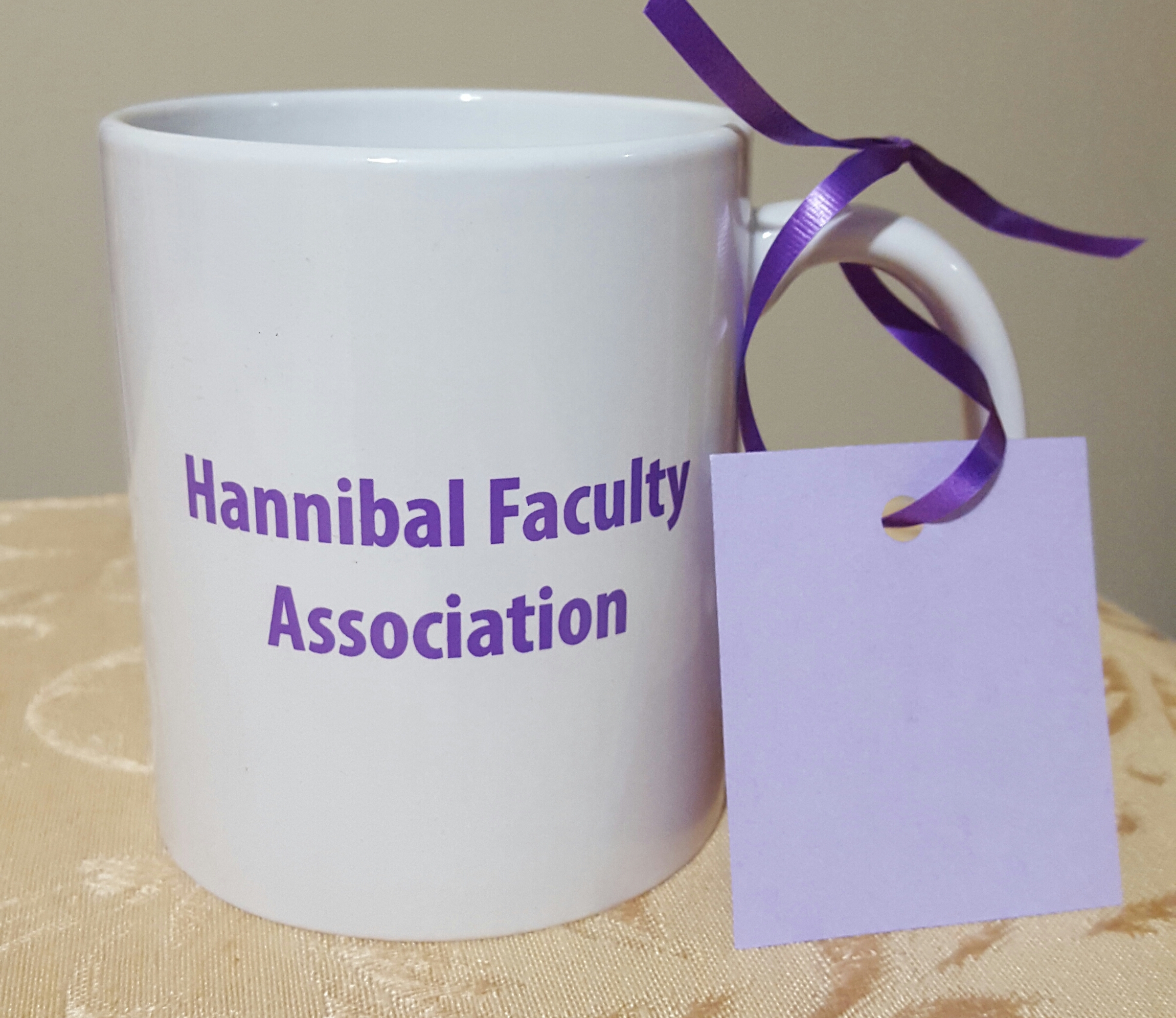 school district. Since Tuesday was Support Professionals’ Appreciation Day, our teachers’ union (HFA) gives gifts to the district’s employees’ union. This year, I decided it might be a nice idea to order mugs so that (the idea being) every time our staff members use theirs, they remember (hopefully) how much we teachers appreciate everything they do for us. The fact is that those are the people who really run things and keep us all sane – no easy task. They actually all deserve Metals of Honor and combat pay. I wish I could make that happen. I will make sure they all end up on Santa’s “nice” list.

Tuesday: Finished shopping for the HFA gift basket and HFA Christmas tree that we donate to various fundraising events. Every year, our school district organizes a Christmas Bureau carnival where dozens of donated baskets are raffled off to raise money for a huge giveaway of food and Christmas presents to help families in our district. The carnival happens the weekend before Thanksgiving and that money is then used to buy the food and presents which we give away the week before Christmas. Last year, we gave food and gifts to over 170 families. In addition, the HFA Christmas tree is donated to the Festival of Trees which is a community Christmas fundraiser; at the festival, donated trees are auctioned off to raise money as well. 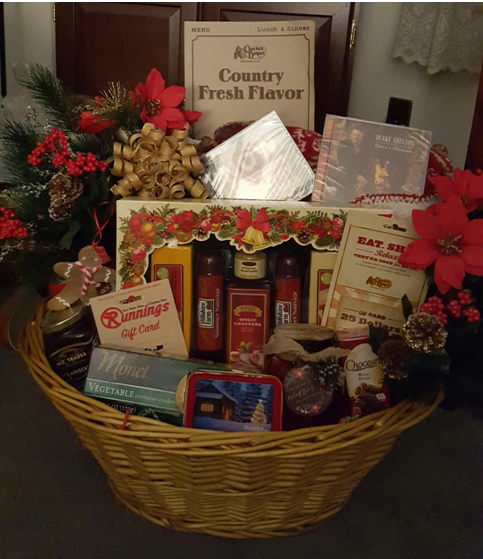 Wednesday: Packed and wrapped the (above-mentioned) basket. Of course, I couldn’t find a basket bag big enough so it was back to the stores I went.

Everything always takes longer than I think it will. (Must be a time-warp law or something.)

This year, I did a “Country Christmas” theme, imagining that I could find tickets to some December country music concert somewhere. Know what I found out? There aren’t any. That’s how Blake Shelton and a bunch of his CD buddies ended up in the basket.

Thursday: Got home from parent-teacher conferences at 7pm (somewhat dazed) and then finished decorating the Christmas tree. Every year the organization sponsoring the Festival of Trees designates a theme for the trees and this year the theme was gingerbread men (and women). I decided it might be fun, along with the gingerbread people, to decorate the tree in all kinds of candy. At least, it sounded fun. Things I learned: gingerbread marshmallow peeps don’t really look good with a hook through them. And since I refused to bake gingerbread cookies (I don’t have the cookie-baking gene), I found out that you can buy fake rubber gingerbread cookie ornaments at the Christmas Tree Shoppe. Where else, right? (Although I probably should’ve posted a “Do Not Eat” warning on them.) The other thing I found out is how long it takes to hook candy onto a tree. “How long could it take?” I asked myself, planning to be done in time for a little Thursday night NFL action. I found out it takes over three hours. Turns out the ornament hooks like to tear the delicate little candy wrappers.

Did I mention the parent-teacher conferences till 6pm? These are the conferences where generally the parents who show up aren’t the ones you really need to see. Except for a couple of them. Two moms arrived with their sons who had, it turns out, a totally different version of how they behave in my class than I have. And the moms had never heard my version. That was fun.

Friday: Delivered the basket to the Carnival and the tree to the Festival of Trees. Since I have a 45-minute commute to school, I gave up trying to keep the tree vertical after five minutes. Luckily, I had it wrapped in plastic. Fast-forward to later that evening – I was happily on my way to a friend’s birthday party when I learned something else: never, never try to drive anywhere in Syracuse a half hour before a Syracuse University basketball game at the Dome. Unless you have a tank full of gas and three books on tape. You’re going to need them. 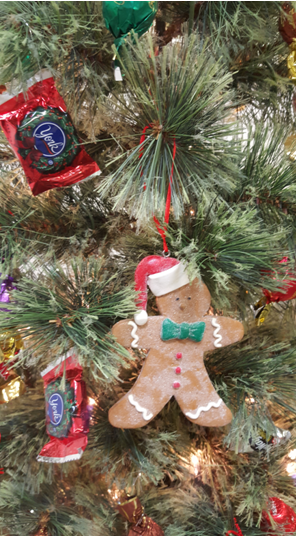 Saturday: After a fun event at church, and then running up to school to visit the Christmas Carnival and the Festival of Trees, I decided to stop at the store and pick up a few things….

Now by this time, rumors were swirling like snowflakes around Central New York of a major Lake Effect event to hit most of upstate New York on Sunday afternoon and lasting through Monday evening. (For those of you south of the Mason-Dixon, that means lots of snow, lots of wind, lots of white-out conditions.) Now, I’m for anything causing a snow day (short of nuclear winter) but usually such rumors don’t pan out. Anything less than a foot of snow usually gets us nothing – unless accompanied by lots of wind and whiteouts. So – given that the temp had been 65 degrees when I left in the morning (wearing flip-flops) and had dropped twenty-five degrees between 2 and 4pm, we began to think that perhaps the Forecasters had gotten it right this time. This meant that, between turkey shopping and the impending Snowpocalyse, the stores were jammed with crazy people. Just what I needed. However, noting the rapid, minute-by-minute decline in frozen Butterballs, I decided I’d better grab one while there was still one to be had. Who knew when they’d shoot more?

Eventually, I made it home and the week ended. Mugs, baskets, trees, and birthday presents had all been delivered, and the after-school tutoring had gotten done. (Did I mention that that goes on for two hours every night?) And I am happy to report that no one was injured, maimed or (accidently) killed in the process. Even the gingerbread men survived. This morning was church (where I might have repented for anything I may or may not have said or done this week), and now here I sit, watching the radar and calculating the odds of a snow day.

Just a break in the action before the real fun begins….

Tips for A Felony-Free Holiday Season

It’s Entirely About What We Do Have.