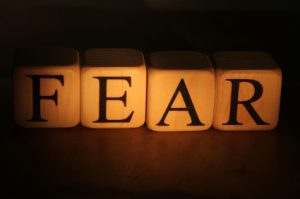 Has it ever occurred to you that your dream is too big? The task feels so monumental, the job so impossible that you begin to wonder if the one thing God got wrong in all eternity was calling you to do it?

Prequel: King David had always wanted to build a temple for the Lord, but God told David that he would not be the one to build it; rather his son Solomon would build it. Not surprisingly, Solomon was somewhat intimidated by the importance and scope of the task, but it’s at this point that David tells Solomon:

“’Be strong and courageous, and do the work. Do not be afraid or discouraged, for the Lord God, my God, is with you. He will not fail you or forsake you until all the work is finished’” (I Chron 28:20).

Many years ago, the Lord called me to be teacher. I literally woke up one day and just knew that God was directing me to go back to college (I already had a degree in another field) and get my Master’s in English education so that I could teach high school. The problem was, I didn’t want to go anywhere near a public school ever again. Ev-er. I had been bullied so badly growing up that the last thing I ever wanted to see was the inside of a high school. In fact, even driving by one triggered post traumatic stress flashbacks and cold sweats. So, I did what any sane person would do—I told God he had the wrong girl. And I ran.

The funny thing about God is that he doesn’t take “no” for an answer. So he chased me. Long story shorter, I went back to grad school, but had such a horrible student teaching experience that, while I finished the degree, I again informed God that he’d made a big mistake; I wasn’t cut out to teach. And I didn’t. For several years, I avoided the calling. Eventually, though, I did begin teaching high school—and that was 23 years ago.

But here’s what I believe God was training me for: being ordained as a five-fold ministry teacher to teach in churches and at conferences, equipping me to prepare and instruct the Body of Christ. This has given me the opportunity to write curriculums and teach on evangelism, government, and all kinds of Biblical principles. And I love it!

The Lord really does have a plan for us—even if we can’t see it.

A few years ago, the Lord directed me to get in the car and drive to New England. Why? Didn’t have a clue. So I rounded up a friend and drove. On the way (another principle entirely), the Lord directed us to go to Salem and Plymouth and pray for the nation. Odd, right? No kidding. But then, a few years later, the Lord began to show me that that trip was preparation for a series of teachings I would do on the God-given destiny of our nation.

A couple of takeaways…

Thing #1: You may not have a clue what you’re doing—you only know that you have to do it. It’s kind of like salmon fighting their way upstream because well, just because. They don’t know why either. (It’s also kind of like being a writer—you just can’t not write.)

Thing #2: You know that no matter how hard the work is, you can’t quit because—then what would you do? You were born for this and nothing else. In the end, I discovered that, in some form or fashion, I’d been teaching for most of my life—it just took a long time for me to cooperate and get paid to do it.

Thing #3: It’s only when the task seems impossible (or really is) that we depend entirely on God. Why?  Because seeking God is hard—the praying, the waiting, the trying and then trying again…. you know.

Jesus said we would do greater exploits than He did. He just neglected to mention how overwhelming that would feel at times.

Your Destiny Is Chasing You.

I know you’re called to “impossible” things. Maybe it’s raising children that make your life a challenge every, single day—their needs or their rebellion or even their heartbreaking rejection. Maybe you’re running a business, but it’s been one obstacle, setback or failure after another. Maybe school is a real struggle. It could be anything that, at times, leaves you feeling depleted, discouraged, and totally inept. Maybe you’ve reached a point, as I did in the middle of fighting through the first year of the NYS Common Core HS English modules, when you simply say, “I just cannot do this one more day.”  And you really mean it. I was so done. (Common Core is a whole other story entirely…)

In those moments, it’s good to remember Joshua, charged by the Lord to go into the Promised Land and clean it out—even after the spies came back saying, “’We saw the Nephilim there’ ” (Num 13:33). (The Nephilim were the giants born from the unions of the naughty angels and the daughters of men.)

We know Joshua was shaken (who wouldn’t be?), but it was then that the Lord said to Joshua, “’Have I not commanded you? Be strong and courageous. Do not be afraid; do not be discouraged, for the Lord your God will be with you wherever you go’” (Jos 1:9).

That scripture always re-sets my perspective. If Joshua had the courage and the faith to battle the legendary Nephilim and win, then I can certainly manage to buckle down, face the giants—whatever form they may take, and do the things that God has called me to do. And so can we all.