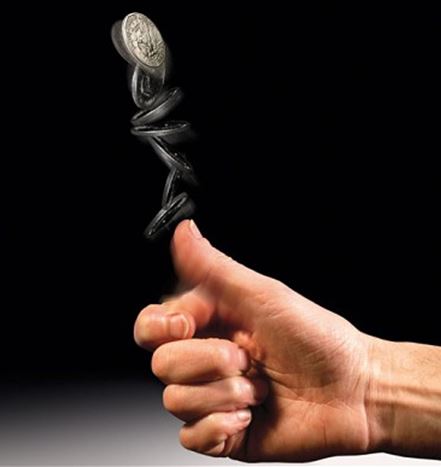 At any given point in the decision-making process, we can only access one-quarter of the information needed to make a good decision. And it’s not merely a question of gathering more intel—the fact is that the necessary info is simply not available.

And that, my friends, drives me crazy.

As are many of you, I’m a data-driven kind of girl. In decision-making, I just want the facts: Tell me what the problem/choice/opportunity is; give me a realistic assessment of available resources; give me a list of pros and cons for each option; and give me both the best and worst case scenarios for each possible outcome. Once all of that analysis is on the table, a great decision is guaranteed.

Even with all of those facts, statistics, possibilities and considerations taken into the mix, that’s still only a fraction of the information needed to make a wise decision. Here’s the other three-quarters of info needed.

Thing I: What’s happening behind the scenes that you can’t see? Your son or daughter is acting out and you need to drop the hammer. After all, they know better. Right? But what if they’re being bullied or had a break up or are being pressured to do something they know is wrong? They may not be voluntarily forthcoming with that info so is a good, long time-out or chew-out going to help solve their crisis or their behavior? Maybe more information is needed…

Job hunting? Which to take? The one with better money would certainly seem the obvious choice but what’s going on behind the scenes that you can’t research? For instance, you might not want to work for that boss or deal with those office politics or participate in the undercover climate of, shall we say, compromise that you’d be expected to comply with. Those are behind-the-scenes circumstances that—let’s face it—aren’t going to come out during the interview.

Or what about that home or car you’re looking to buy? What if it has flaws that inspectors or mechanics simply miss? (Not that the seller is trying to unload on you…just sayin’.)

That person you’re considering marrying? Is it possible that he or she might be on his/her best behavior until you’ve vowed never to part? We all have faults and flaws, no doubt, and granted, it might sound cynical even to ask that question. But can we really say that no husband or wife has ever been blindsided by their spouse’s hidden propensities toward (way) overspending or inability to keep employment or even more serious tendencies toward violence, addiction or cheating? Do we really think that any of those fault-lines were visible to multiple thousands of people before they walked down the aisle and they simply chose to ignore them? (Okay, some did.)

Hidden things, by definition, are impossible to see. Walking by sight only lights up a fraction of them.

Thing II: What’s on the horizon that you can’t see? Vacation in Orlando? Uh, oh—hurricane hits. What about Washington; that’s always fun. Unless there’s an accident on the Beltway and traffic is backed up to Maine—no fun. Or which college to choose? My son once picked one and two months in, they cancelled his major. Didn’t see that coming.

Thinking of buying a home, starting a biz or investing? Certainly you can and should do the research: What’s the housing market look like right now? Is it a buyers’ or sellers’ market? How’s the business economy—friendly or no? Business tax rates? And what’s happening with interest rates for 401K’s, CD’s, the stock market? Is Social Security secure for the future? Some research may give some answers but here’s what we can’t know: What will happen in the future? Sure, “experts” make predictions all the time, but if you’ve ever watched any financial analysis debates (which I try to avoid), their crystal balls never quite align. And unless you’re a psychic, you’re simply not going to know. Evidence? How many people were completely wiped out financially in the stock market crash of 1929? Or 1989? Or the housing crisis/market crash in 2007/2008? Millions. And we had the ensuing recessions and depressions to prove it.

Again—thinking of getting married? What if one of you grows and matures and you’re simply “not compatible” anymore? Anyone see that coming?

One time my parents bought a house that we didn’t know was haunted. But we found out. And regardless of whether you believe spiritual entities (aka “demons”) can inhabit physical spaces or not, something was knocking pictures off walls, causing audible footsteps, and shattering glasses sitting untouched on the table—and it wasn’t us. Not to mention two or three memorable visitations in the dead of night. My mother even contracted brain cancer and died, and while I can’t prove that that was related, it does seem an odd coincidence that her home health aid was also diagnosed with brain cancer after three months of working in that house. What we found out much later is that the prior residents used to have séances in the house—always an open invitation to demonic activity. (But that’s another post entirely.)

Bottom line: We saw the house, it looked good, and we bought it. We walked entirely by sight—and saw nothing.

Many people who make decisions solely based on what they can see rather than faith in God either don’t understand the importance of waiting on God or simply hate to wait. However, the real truth is that living only by what we can see, hear, feel or research is a very miniscule part of the picture; there’s simply too much happening or about to happen that we simply cannot see. Basing decisions on only one-quarter of information is not just a huge risk, it can be downright deadly.