How is Christ the “Only Way” to Heaven? 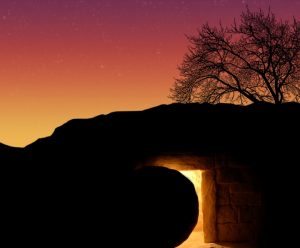 FAQ #2: How can anyone claim that Jesus is the only way to heaven?

The answer to this question is not simple and takes a little time to explain some key concepts.

Thing #1: God is holy. “’For God is of purer eyes than to behold evil and cannot look upon sin’” (Habakkuk 1:13, bolded Scriptural emphasis is my own).

The word “cannot” in the Hebrew literally means “not able to”. It does not mean “might not” or “could if He wanted to” or “just doesn’t feel like it”. God literally cannot violate his holiness by communing with sin. Therefore, He cannot have proximity or fellowship with anyone who has sin “on” them. That’s not speculation; it is fact. We have trouble with this truth in modern culture because we have lost our understanding of the idea of purity and holiness. However, just because we may not understand it or accept it, does not invalidate the reality of God’s holiness.

The Word of God tells us that all of mankind, throughout human history, has sinned. Scripture also tells us that “sin,” as defined, takes many forms. One of the primary functions of the Old Testament is to teach people what sin is, particularly in the first several books of the OT. However, the most famous Old Testament description of sin comes from the Ten Commandments which outlines eight “Thou shalt not” decrees—known as sins of “commission” (sins we commit), and two “Thou shall” orders—if we fail to do these, they are sins of “omission” (things we “omit” or fail to do).  These are the commandments.

If anyone says that they’ve lived their entire lives without committing even one of these sins, the OT contains 600 other “must” and “must not”-do actions which further define sin, so it’s safe to say that everyone, sometime, has violated something. But for those who would still deny that they’ve ever committed a sinful deed (and I’ve heard them), we need to remember that Jesus expanded the definition of sin to include even the contemplation of sinful actions: if we just think about sinning, we’ve done it. For example, He said that if a man as much as looks at a woman with lust, he’s committed adultery with her in his heart.

However—and this is the key thing—it’s not about how many sins we commit that separate us from God; it’s the fact that we commit even one sin.

One of the important lessons that we learn from the story of Adam and Eve is that they didn’t commit multiple sins or even any “big” sins—they didn’t axe-murder anyone or abuse any animals—they merely took a bite of an apple. In other words, they committed only one “tiny” act of disobedience. But that’s all it took for them to be evicted from the Garden of Eden—and forever estranged from God’s presence.

Bottom Line: Sin separates us from a holy God.

Thing #3: Blood is the only cleansing agent for sin. “Without the shedding of blood, there is no forgiveness of sin” (Heb. 9:22).

The OT emphasizes over and over that the penalty for and cleansing from sin can only be the shedding of blood, and through the centuries, this was the Jewish law—without exception. However, if God had not first established the requirement that a blood sacrifice was the price for cleansing from sin, then no one, not even the Jewish people, would have recognized the need for a Savior when He appeared to shed His blood for the forgiveness of sin. However, because that requirement had been established through the sacrifice of animals in the OT, people recognized Christ’s mission when he came: to pour out His blood for the forgiveness of the sins of mankind. They didn’t question the need for a blood sacrifice for sin.

However, in our western culture, we not only do not understand holiness or acknowledge sin, but we therefore don’t—and wouldn’t—comprehend the need for a blood sacrifice to cleanse us from that sin and to reconcile us with a holy God. But… that’s why we have the Word of God.

The answer to “Why Jesus?” is simply this: “Salvation is found in no one else, for there is no other name under heaven given to mankind by which we must be saved” (Acts 4:12).

And that’s simply because no other entity or person has ever shed their blood for the forgiveness of sin. Only Jesus. And as Paul says:

“…For if righteousness [holiness] could be gained through the law [by following rules or being “good enough”], then Christ died for nothing” (Gal. 2:21).

That’s a shocking—even offensive—statement. But Paul’s right: if we could be reconciled to a holy God through any other works or religions, then Jesus would have let us do it. He would not have had to hang on a cross and die an excruciating death—because we wouldn’t have needed a Savior.

If God Claims to Love People, How Can There Be A Hell?