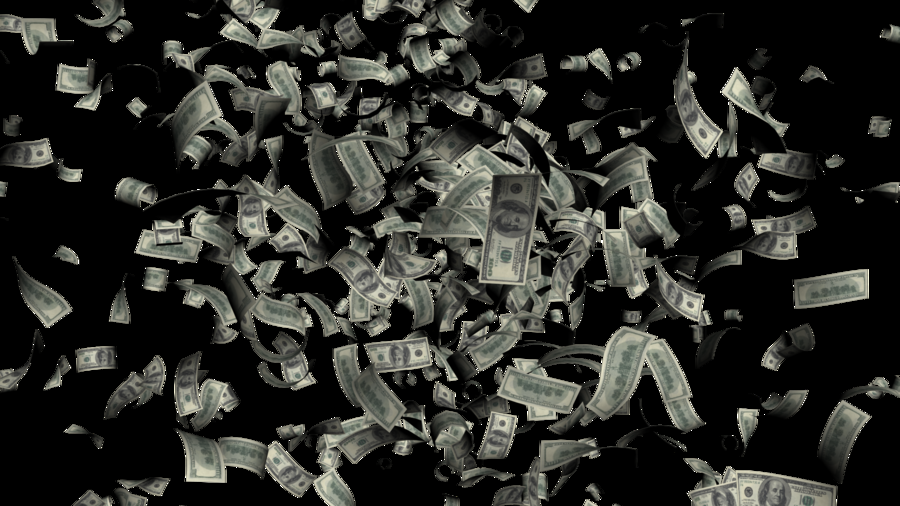 How would you like for money to just show up in your bank account from time to time—and for no apparent reason? Have I ever mentioned that that’s happened to me several times? No lie.

The first time it happened was perhaps fifteen years ago. It all began one day when I balanced my checkbook—and it appeared that the bank had $700 dollars more in my account than I was showing I had. Now you wouldn’t know this but I love running numbers—balancing checkbooks and accounting—especially when I’m in the black. And since it’s not every day (or even ever) that I find an extra $700 in my bank account, I went over the statements and checkbook again and again. I figured I must’ve either forgotten to write in a deposit or I’d made a math mistake somewhere along the way. However, I found no errors in the deposits or the math. And the bank statements were still showing an extra $700 which, by the way, hadn’t been there the prior month. So I did the next thing it made sense to do: I went back further—months—and checked and re-checked those bank statements and check registers. Still nothing. No errors whatsoever.

At this point, I have to confess, I was completely baffled. How does any extra money—much less hundreds of dollars—just show up in a bank account, leaving absolutely no trace as to how it got there? I didn’t have a clue. But I was positive the bank would be able to find the error. Because certainly there had to be one. However, when I got to the bank, the conversation went something like this:

BANK GUY: “So you found a mistake in your bank statement?”

ME: “Well, there is a mistake—I just haven’t found it.”

“You must’ve forgotten to write in a deposit.”

“Well, let’s go over it. I’ve pulled your bank statements for the past six months.”

Minutes tick by. Radio silence. Finally the bank guy looks up and says, “I can’t find any errors.” He shrugged. “I have no idea where the money came from. Just write it into your checkbook. It’s yours.”

I was not unhappy about that. As to where it came from, I simply chalked it up to the only reasonable explanation: God did it. How else would an extra $700 just be there? It’s not even as though a mysterious deposit appeared; it was just there—and no one can explain why or how.

The Principle of “Sowing and Reaping”

Fast forward a few years later and it happened again. This time my account was suddenly showing an additional $300. But I didn’t assume it was God this time; I did figure that I had made an accounting error so I re-examined my statements and checkbook registers for missing deposits and/or math errors. But again—I found nothing. This time, I didn’t bother going to bank. I was beginning to understand that sometimes God provides in miraculous ways.

Nevertheless, I’d never heard of money just mysteriously appearing in bank accounts until I encountered a couple who’d had many financial miracles in their time and who explained that we can, if we are faithful in our giving to the Lord, expect a return on our giving. Now I didn’t know that and had certainly never expected such a return, but I had been a tither and giver for a long time. (I don’t normally mention that because I’m not looking for a pat on the back, but there does seem to be some “cause and effect” in play.) And it did shed some light as to why God would put money into my account.

As my father used to say, “You can’t out-give God.”

My father and mother had been exceptional givers in all the time I’d known them; my sister and I had grown up watching them give, even in their early years of marriage when, being in the military, dad made close to nothing. At one point, dad brought home $400 a month as an Air Force NCO, and yet every Sunday for as long as I can remember, I’d see mom drop a ten or twenty dollar bill into the offering plate at church.

I know now how much that had cost them.

Dad used to tell a story to illustrate God’s faithfulness to provide. One time, back when credit-debit cards didn’t exist and everyone carried cash, dad described how the day came when he and mom were literally down to a nickel between them—no cash, no savings and no food or gas. But that very day, dad’s paycheck arrived in the mail. And it was always that way. As the old saying goes, “God is not often early, but He’s never late.”

As the years passed and my parents’ income grew, so did their giving. They gave, not only to their church, but to several ministries and charitable organizations. Later, when I found out how much they gave every month, I was stunned. For example, they sent $500 a month to a little old nun who ran a ministry all by herself and depended on people’s giving as her sole support. And that’s not all they gave. Even after mom died and dad retired, he still continued sending that money. I used to wonder how he could afford to do that—being retired and all, but after he died, I found out. In retirement, he was earning over $60,000 a year. While it’s not millions, it’s a lot more than many make in when they retire. It was clear that God had taken care of my father.

As for me, not long ago, I noticed that I again seemed to have several hundred dollars more in my account than I should have had. Thinking initially that some checks I’d written for bills simply hadn’t cleared yet, I took some cash from my account and used that until all my checks and debit purchases had paid out. After a week, I checked my bank statement and everything had cleared. But still—there was over $600 more in the account than I should have had. So I re-did the math. Still, zero mistakes. None. However, since this particular amount of cash was too big to risk writing in without verification, I decided to take it to the bank and have them double-check it. (Different bank, by the way.)

ME: “Your bank is showing $640 more in my checking account than I’m showing in my checkbook and I can’t account for it. I’ve double-checked the whole thing: statements, math, everything—I found no mistakes.”

BANK LADY: “You have no idea how it got there?”

I don’t think she did see.

BL: “Don’t worry,” she said, “I’ll find the error.” She sounded rather amused.

BL: “Well,” she huffed, “I can’t find the error, but there must be one. I’ll send all of your paperwork to my supervisor. She’s really good at this—she’ll find the mistake.” She smiled—sort of. “I’ll call you tomorrow and let you know what it is.”

Two days later, Bank Lady called. “We went back a few months to when your account was not showing a surplus balance and rechecked all of the statements after that.” (pause) “We, uhm, can’t find any trace of how that surplus got there—it’s just there. You have an extra $640 in your account.”

Having $ Is NOT Wrong.

Chasing a dream takes money—no matter what that dream is. I tell this story to make the point that the best thing you can do to make certain that you have the money to finance your plans is to finance God’s plans. Someday I’ll share how God supernaturally provided my house after I’d given the house money I’d saved to a church-building fund. In the big scheme of things, it was only a tiny bit of money but it was all I had. As I said to God back then, “If you help me to get my house, I’ll help you to get yours.”

But that’s a story for another time.

Need cash to fulfill your destiny? Begin to give. It can be scary sometimes, especially when God asks you to give big—even all you have. Of course, you can always say “no”. But I don’t recommend it.