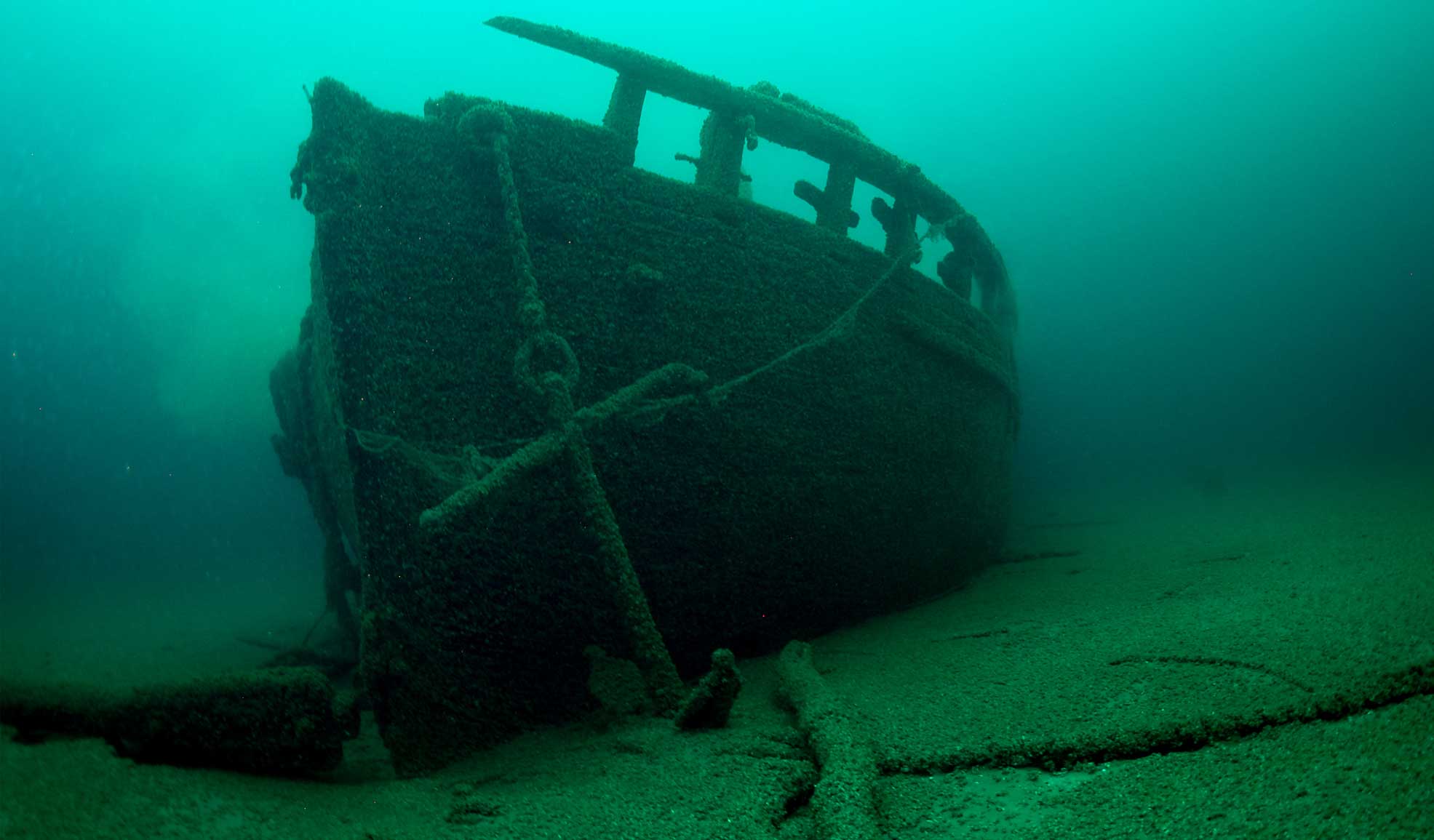 10 EASY WAYS TO SHIPWRECK YOUR DESTINY

Sometimes we spend vast amounts of energy trying to rocket-launch our dreams and fulfill our destinies. We drive hard, burn the midnight oil (especially as writers), and follow the experts, trying to do everything they say. Now I’m not knocking the experts; they’re experts for a reason. But sometimes in spite of the sacrifice of time, the worry, and the fervent prayers, things just don’t happen like they’re supposed to. And the frustrating part is that there seems to be no rhyme or reason as to why. Right?

But there may be a reason. Sometimes we spend so much time trying to pursue the “shoulds” that we don’t recognize when we’re doing the “should nots”. In other words, there are some Biblical principles which, when violated, will shipwreck any good thing we’re trying to do.

Thing #1: Put God first.  In other words, we cannot put our dreams, visions or destinies before God. Jesus says, ‘”Your heavenly Father already knows all of your needs… Seek first his kingdom and righteousness, and all of these things will be given to you as well…’” (Matt. 6:33). Our “needs” are not just categorized as physical needs; we need all kinds of intervention for all kinds of things. No matter—same principle applies: the big “if-then”—if we put God first, then he supplies whatever we might need. Period.

Thing #2: Misusing Authority. I Peter 3:7 admonishes husbands to treat their wives with understanding and respect “as the weaker partner… so that nothing will hinder your prayers”. Now forget the debate over whether wives are the “weaker partner”—not the point here. The point is a larger one: A “weaker” person is defined as anyone who is under the authority of another person. Furthermore, everyone in authority is held accountable for how they treat the “weaker” people under their authority. Whether it be a child, student, employee, or congregation member, the warning is real: If we abuse or treat poorly people under our authority, we can’t then wonder why our prayers concerning our dreams and destiny are having no effect.

Thing #3: Disobedience. We’ve all heard the term “brass heaven” meaning, essentially, that our prayers are “bouncing off the ceiling” or blocked. A “brass heaven” is referred to in Deuteronomy when God gives several “if—then” consequences to his people for both blessings and curses. In short, obedience = blessing and disobedience = curses, and one of those curses is hindered prayer. “’And your heaven that is over your head shall be brass, and the earth that is under you shall be iron.’” (vs. 23-28). While in context this curse for disobedience refers to a lack of rain, Matthew Henry makes the point that the curse impacts all things affecting the person, not just rain. Disobedience causes God’s deafness for everything from pleas for relief from curses to petitions for blessings.

Thing #4: Lack of Love. Lack of love, particularly in a practical sense, hinders prayer. God has always had a soft spot for underdogs whom he vows to protect and vindicate. In Isaiah 58:6-12, the Lord clearly indicates that our actions impact our consequences. The “’fast [sacrifice] that God has chosen [is to] loose the cords/chains of injustice… untie the cords of the yoke… set the oppressed free… share food with the hungry… shelter the wanderers [homeless]… clothe the naked…’” The Living Bible expands upon this principle: “’Stop oppressing those who work for you. Treat them fairly and give them what they earn.’” And the result? Then you will have revelation, healing, righteousness, protection and “’Then you will call, and the Lord will answer; you will cry for help, and He will say: Here I am’” (vs. 8-9). The lesson? We reap what we sow and if we sow mercy, then God answers our prayers. For example, a Roman centurion asked Jesus to come and heal his servant and the Jewish elders “earnestly implored Him [Jesus], saying, ‘He is worthy for You to grant this to him; for he loves our nation and it was he who built us our synagogue’” (Luke 7:1-5). As a result of the centurion’s love-in-action, Jesus listened to the man’s petition and went to his house.

Thing #5: Unconfessed sin.  The prophet Habakkuk says to God, “’Your eyes are too pure [even] to look upon evil; you cannot tolerate sin’” (1:13). “Tolerate” is a little mild for the translation. The KJ version says, “’You cannot [even] look upon sin’”. And the word “cannot” in all translations means “cannot”. It doesn’t mean “might not” or “can-if-He-wants-to-but-just-doesn’t-want-to”. God is not able even to look at sin, much less have fellowship with someone in it (thus the reason Christ died—but that’s another post entirely).

Therefore, since prayer is interaction with God (and God cannot interact with sin), then unconfessed sin results in unanswered prayers.

However, confession of sin restores fellowship with God. For example, King David committed adultery with Bathsheba, lied about it, and then killed her husband, Uriah, to cover it up. Now if anyone should have had their prayers tuned out by God, it would be someone who’d done all that. But David repented of his sin, pleading, “’Don’t keep looking at my sin. Remove the stain of my guilt. Create in me a clean heart, O God, Renew a right spirit in me…’” (Ps. 51:9-10, LB). After David confessed his sin, God was able to interact with him again.

Thing #6: Unforgiveness. In Matt. 18, we’re told the parable of the servant who was forgiven by his master but who wouldn’t forgive his fellow servant. The master finds out and says to him, “‘Shouldn’t you have had mercy on your fellow servant just as I had on you?'” He goes on to tell the servant that because he would not forgive another, he would not be forgiven. Therefore, if we refuse to forgive and so are not forgiven ourselves, we  carry sin, and this renders God unable to answer our prayers. (Reference #5 above.)

Thing #7: “Evil speech.”  Our words can be another hindrance to prayer. Gossip, slander, accusation, arguing, lying, complaining—all of these can impede our prayers. Now, thank God for his mercy because who hasn’t, at the very least, complained? But for those who continue in these things without repentance, their prayers won’t accomplish much. Isaiah admonishes, “’If you do away with the pointing finger [accusation] and malicious talk… then your light will rise in the darkness and your night will become like the noonday [revelation]. The Lord will guide you always [direction]; He will satisfy your needs in a sun-scorched land [provision] and will strengthen your frame [healing]…’” (58:9-11, interpretations mine). Peter says, “’If you want a happy life and good days, keep your tongue from speaking evil and your lips from telling lies’” (3:9).

Thing #8: Pride.  This is another no-no if we’d like our prayers answered. We all know pride is bad—no surprise there. For example, Naaman implored the prophet Elisha to pray for his healing from leprosy, but when Elisha told Naaman to go and dip in the Jordan River seven times, Naaman thought that ridiculous and refused. His pride got in the way. Consequently, he didn’t have his petition for healing granted until he decided to humble himself and take a dip. Then his prayer was answered. “God opposes the proud, but gives grace to the humble” (I Peter 5:5-6).

Thing #9: Wrong response to authority.  We see this principle in Paul’s warning to children to submit to and obey their parents and they’ll be blessed. Why? Because their parents are the authority over children. But that warning about authority applies to all of us, not simply children.

And why does God feel so strongly about submission that He ties conditions to responses to authority? Because anarchy ensues and societies are destroyed when people rebel against authorities.

(Watched the news lately?) So God has built into His principles the condition that if we submit to authority, then we will be blessed. And answered prayer results in blessing.

Thing #10: Have faith in God, not in faith itself. “Having faith” is not about how much faith we have, it’s about whether or not we trust God. Period. The problem is that sometimes we treat faith like heaven’s money; if we just get enough of it, we can cash it in for whatever we want. But it doesn’t work that way. That’s because the essence of faith is the question “Do I trust God—whether or not He answers my prayers the way I want Him to?” That’s vastly different than “Okay, God, here’s how much faith I have so here’s how I want You to answer my prayer.” Faith is not cash, and God is not a vending machine. If we think so, I think I can predict that our prayers won’t be very effective.

Bottom line: We are not saved by works—not disputing that—and the idea here is not to bring fear or condemnation but freedom and success. But the success of the works that we are called to do on this earth (our destinies) certainly depends upon whether or not we obey the principles affecting answers to prayer.

If you’re feeling like your prayers are bouncing off of that “brass ceiling,” then how do you undo the hindrances to prayer that you might have unknowingly activated? It’s simple: a sincere and heartfelt, “Lord, I’m sorry for…” will open the heavens to you. “For the eyes of the Lord are on the righteous and his ears are attentive to their prayer” (I Peter 3:12).

Previous post
The Big, Bad Competition—And Other Scary Stuff
Next post
Memo to My Children: I Will Never Be Your Maid.