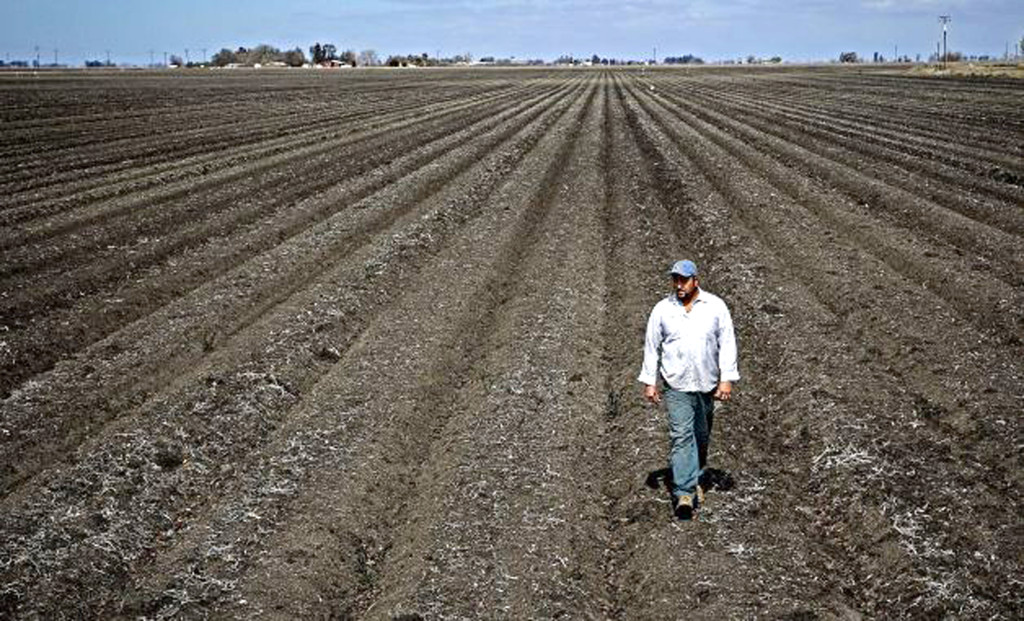 One of the most important principles of success in life is that of “seed”. To make the point, I’d like to share a picture the Lord once gave me.

A field that has not been planted with seed cannot yield a crop.

The man represents many people who are waiting for a harvest in some area but have planted no seed.  “Seed” doesn’t just mean money as we often hear it referred to by people encouraging others to “sow seed” for a “financial harvest;” rather there are many other kinds of seed in the spiritual realm exactly as there are in the physical realm.  And when we sow seed in a particular area, we reap a harvest in that same area.   This is a fact that has its source in the principle that God established at the creation of the earth when He decreed that plants, trees, and flowers would “multiply after their own kind.” This means that maple tree seeds reproduce as maple trees, watermelon seeds reproduce as watermelon, and sunflower seeds reproduce as sunflowers.  In other words, grape seeds don’t produce lima beans nor do acorns produce daffodils.

In the spiritual realm, then, this means that if we’d like a “harvest” in a particular area, it would be a good idea to plant seed in that area.  And this principle applies to everyone, not just Christians. While I refer to “sowing and reaping” as a “Biblical” principle, it works whether a person is a Christian or not. Every day you can find examples of people who are not Christians and yet, because they’ve sowed good seed in a particular area, they’re reaping a good harvest. In the same way, many Christians are still waiting for their harvests to come in because they haven’t planted any seed. Listen, Christian or not, if I want watermelons to grow in my garden, I need to get out there and plant watermelon seeds.

I once heard a story about a lady who had grasped this principle in her quest to have a baby.  The woman had had many years of infertility, had been to many doctors, and had begun to lose hope that her prayers would ever be answered regarding having a child.  Then she learned about sowing seed in a specific area and so began to hold baby showers for, as she said, “every pregnant woman in my church.”   As a result, she did become pregnant—twice—and now has two beautiful children. The principle is clear: giving in any particular area—whether money, material resources, or actions of a particular kind—is one type of seed. So, if we’re seeking salvation for a loved one, for example, we can sow seed by witnessing to others about Christ.

Another type of seed is preparation: get ready for the harvest you’re asking for. If you’re praying to get married, begin planning for a marriage: read books on developing a great marriage and begin putting aside items you’ll use once married.  If you’re praying for a job, make sure you’re ready for it when it comes.  Have child care lined up if necessary or get your work wardrobe in order, or whatever your preparation may require. Realize that a farmer doesn’t wait until after the harvest comes in to build the storehouses nor does a pregnant lady wait till the baby comes to buy diapers.  (That would be most unwise…)

Seed is all around us and it is well within our power to plant some.  Just look around and see what it is that you can give, do, pray, or prepare for as you seek to sow seed. And then don’t quit; realize that some seeds take longer than others to produce. Oak trees, for example, take a good deal longer than leaf lettuce. So while you’re waiting, just keep watering your seed by praying for a harvest—a good harvest—just as you would keep watering and nurturing real seeds. Don’t keep standing in an empty field any longer; plant the seeds of your dreams and do it today!

Remember – it’s a biblical principle.  It can’t not work.

The Key to Destiny