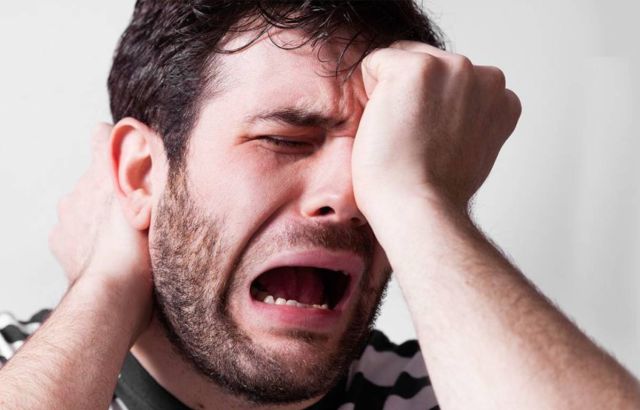 My homework policy is posted, in giant letters, right up at the front of my classroom: “Just Do It.”  I like it. It’s succinct and to the point: no excuses, no procrastinating, no blowing it off – just get it done.

Nevertheless, sometimes we have a problem getting it done – whatever “it” is. Just because we reach adult status does not mean we never have the temptation to dodge the boring, the hard or the seemingly pointless. There are all kinds of things in life that we would prefer to put off, avoid or skip entirely. Nevertheless, we can’t. Those things are not optional; they’re mandatory “must-do’s”, meaning there will be consequences if we don’t do them. And they won’t be good.

I remember in graduate school, I had to do a final thesis paper on the influence that writing has on students’ reading. The problem was, I wanted to do that paper about as much as I wanted to spend a week cleaning outhouses. However, that mattered not. So I took a stab at it. And then another. And another. Then I raged and then I cried and then I took numerous naps. It’s not that I couldn’t do the paper; I just didn’t want to. I simply did not want to have to spend weeks wading through countless boring articles trying to find which would best prove the point, and then spend another couple of weeks writing it all up. I knew there was a connection between writing and reading. My professors knew there was a connection. So why did I have to prove it?

That was my first excuse.

My second excuse was that it was hard. (It really wasn’t.) My third excuse was that nobody really cared anyway. I know I barely cared. But when I couldn’t think of any more excuses, I realized there was one truth which I was ignoring entirely to my own peril: without the dumb paper, I wouldn’t graduate.

Sometimes we simply don’t want to do that thing we have to do and what’s more – no one can make us!

Sometimes we just need to push through the frustration, the tears, the rage, the pain. Still, beginning can be the hardest part of doing anything – even if it’s something we really want or need to do. But why is beginning the most difficult part?

Reason #1: It might take some time before I see any results. The fact is, it’s hard to get up and running, doing the difficult thing and persevering when we may not see results for some time. Dieting comes to mind; many folks put off losing those pounds because it will probably be at least a few weeks before the scale tips in the right direction. Where’s the fast-track to that?? The unwelcome truth is that it takes time to do some things: earning the promotion, building the business, getting the degree, or writing the book. Building credit? Toning or buffing up? How about training those kidlets? (Ever wonder whether you’re going to survive that little endeavor?) How about building – or rebuilding – that relationship? You know what they say . . . “Rome wasn’t built in a day.”

Where would we be today if Rome – the first democratic republic in history – had never been built?

Reason #2: It’s too much work! Usually the things we want to avoid are not easy things. They might well be quick but not easy. Ever have to apologize for that thing you wish you’d never said or done? Shouldn’t take that long, but . . . Or what about the “E” word: “exercise”? Twenty minutes a day isn’t a lifetime but lifting those weights or running a mile can feel that way. Passing that course? How about cleaning the house or revamping the landscape or de-cluttering the attic, garage and/or basement? Work all. Rebuilding trust in a relationship might involve all kinds of hoops to jump through – high ones. Climbing the corporate ladder? That takes toil and endurance. Or how about this: writing the book perhaps wasn’t hard but the editing, the revision, and then rewriting the revision? And let’s not forget the querying, the platform building, and the promotion. There’s work.

My son summed it all up rather nicely with a little sign that says, “Do what’s right, not what’s easy.”

Reason #3: I might fail. Maybe. But those who never even try have already failed. There’s failing in disgrace: never attempting that thing or quitting when it gets hard, and there’s failing with honor: you gave it your best.

Your dream: Could it take a long time? Will it be hard? Might you fail?. Probably. Yes. Maybe. But the longer it takes and the harder it is and the more risk of failure, then the bigger the payoff, the reward, the satisfaction. But regardless of any other thing you gain, perhaps the biggest bonus to you will be a brand new confidence that you can, that you do have what it takes and that, from now on, there’s nothing you can’t do. That alone makes it all worthwhile.