That Thing That Matters 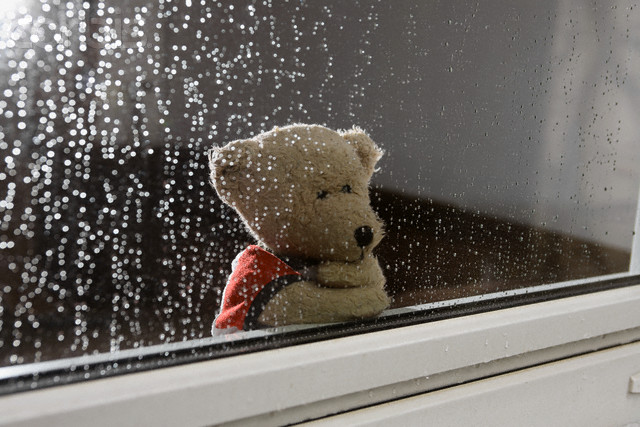 Today I looked around my classroom and my eye caught some words posted on my board: HAVE, DO, and ARE. (For the record, you “have” a noun, you “do” a verb, and you “are” an adjective.) Those words got me thinking—are we defined by what we have, by what we do, or by what we are? And who defines us? Or—does it matter?

It should matter because who defines us and as what shapes how we see ourselves, which, in turn, determines whether we believe we can fulfill our destinies—or not.

So—are we defined by what we have?

Do we have a car? What kind? New or not new? Pretty or not pretty? Luxury or basic? Don’t tell me people don’t “feel” a certain way when they buy a vehicle. Proud? Ashamed? Envious? Disappointed? And what about our clothes? Do we “feel” the same way when we’re wearing our finest suit or dress as when we’re dressed in casual clothes? And let’s not forget money. Lots or little? Savings in the bank or living paycheck-to-paycheck? Retirement pension? 401K? Or not? Do we feel secure or scared? Grateful or frustrated? Do we own a house? How big a house? Where is it located? Is it as nice as our neighbors’ houses? Or—do we not have a house?  Where we live often has something to do with how we think about ourselves. Not always, of course, but can we honestly say that nobody judges themselves of the basis of where they live? I know that once upon a time, I did…

Are we defined by what we have?

If so, let me mention a few of the best people history has ever known: Take Jesus, for example. He didn’t have much and what he did have, he lost. In the end, all he was left with were splinters and thorns. And there was Mother Teresa—I don’t know what she had before she moved to India but once there, she gave it all away. I could cite dozens of others but the point is that neither of these people let what they didn’t have keep them from fulfilling what they did have—a destiny.

We are not defined by what we have.

Are we defined by what we do?

In a world where we’re pushed to “become something,” the world often defines for us what we “should” do. And that’s reinforced when we meet someone. Small talk usually includes a “So what do you do?” or “Where do you work?”

Are we better people if we’re dentists rather than dental assistants? Do we have better character if we’re professors rather than teacher aides? Have we accomplished more in life if we’re the CEOs of corporations rather than small business owners? If we lose our credentials or our titles or our paychecks, are we lesser people?

We are not defined by what we do.

Let me repeat that—and not for those who don’t have the lucrative positions or incomes, but for those among us who might: we are not defined by our achievements. In other words, if we were to lose that position tomorrow, our circumstances might be different but we’re not—unless we define ourselves by what we do.

I remember my father telling me that he’d once met one of the richest men in the country and that that man was one of the humblest, most down-to-earth people he’d ever met. Why? Because that man did not define himself by his money or position.

Are we defined by what we “are”?

There’s a question that haunts many: What are we? Are we rich or middle-class? Are we young or elderly? Are we married or never-married or divorced? Are we black or white or yellow or brown?

In a world where we are increasingly defined by our outward appearances and/or statuses, those things can too often determine how we think we should think, behave, and even feel.

To complicate the problem, the dawn of DNA testing has some people finding that they are not who or what they thought they were. But does DNA really define what we are—or are not? The culture, traditions, and values that we’d grown up with—are they null and void if the DNA doesn’t line up?

Can our DNA really disqualify us from belonging?

And here’s the bigger question: What if (not like this could ever happen) we’re treated differently because of what we “are”; does that really make us different? Are we more or less of a person because we’re rich or poor or married or single or black or white or tall or short or blue-collar or white-collar?

The fact is—and this is so often repeated that it’s almost a cliché (sadly) —we’re all children of God. Period. It doesn’t matter whether there’s money in the bank account or whether there’s even a bank account at all; it doesn’t matter whether we have a low IQ or we’re Albert Einstein; it doesn’t even matter whether we have wrinkles or not (honest!). Our identity never changes. But if we allow it to change, if we’re swayed by the opinions and prejudices of others, then we’ll never fulfill the destiny that we’re called to tackle. Look at it this way: How we were created was designed to perfectly equip us to accomplish that one thing we were created to do.

It’s not about what we have, what we do or what we are; if it’s about anything at all, it’s about the character we display. And that’s the one thing that transcends all races, all statuses, all ages, and all abilities. To paraphrase the great Martin Luther King, Jr., we look forward to the day when we are not judged by the color of our skin… or [may I say] the ages of our bodies or the images in our mirrors or the bottom lines on our tax returns, but by the content of our characters.

In defining ourselves, our character should be the one thing that determines what we have, what we do, and what we are.

Our character is the one thing that matters.