“The Fault In Our Stars” 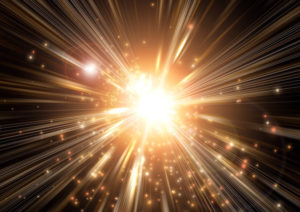 “THE FAULT IN OUR STARS” (Julius Caesar)

By the time I was five years old, I’d had stitches in my head four times. I’d also been knocked silly by a baseball bat. Apparently, the first time it happened, I was three-ish (don’t remember) when I fell off a picnic table and hit my head on the corner. Another time I decided I must have a pretty little stone lying in the street—which wouldn’t have been a particularly remarkable thing except that I was sitting in a little red wagon speeding down the road when I reached over the side of it to get the pretty little stone. Forehead on pavement. Then there was the time my three-year-old sister picked up a putting iron, looked me in the eye and said, “I’m going to hit you with this.” I laughed. She hit me. And the worst part? My father wouldn’t believe a little three-year-old would ever do such a thing. That hurt worse than the stitches. (The doctor didn’t believe me either.) The next time, I was entertaining myself by climbing onto the back of our living room couch and sliding down the front onto the seat. It was fun. Until I climbed up there, lost my balance, tipped over backwards, and crashed through the window. Add to that the head injury the time I was 14 and got hit with a car, and I guess I’ve had stitches north of my neck five times.

To Risk Or Not to Risk?

But why? Because I was reckless. I shouldn’t have climbed onto the picnic table or leaned out of the wagon or laughed at my sister or been sliding down the furniture or tried to beat a car across the road in the first place. But I did all of that—it was my nature (emphasis on was).

“The fault, dear Brutus, is not in our stars, but in ourselves.” (Shakespeare)

Thankfully, I’ve wised up and learned that there are some things you just shouldn’t try, but the point is, that “forward drive” is a personality trait which lends itself, even now, to a willingness to take a chance. I generally don’t dive right in anymore without thinking through the consequences, but it’s okay to take a risk—sometimes.

One the other hand, it’s possible for a person to be too cautious to the point that he or she is frightened to take any risks at all. Generally, cautious, risk-shy folks are often not just afraid an endeavor won’t work out—they’re afraid it will destroy them. The two points of view seem to be the difference between the glass being half-empty or half-full. For risk takers, it’s always half-full; things will “just” work out. The more cautious among us are glass half-empty people; “What if this happens or that happens?”

And the Answer Is…?

A nice balance is what’s called an “acceptable risk”. It’s the willingness to take that risk after the homework has been done—and this is key—the risks have been elevated. In other words, what can I afford to lose if the risk tanks? How much money can I afford to lose if the investment or business launch or whatever doesn’t work out? If it’s an amount that won’t ruin my life or get me in debt or bankrupt me, then it’s “acceptable”. What about the risk to relationships? Is the endeavor something that might stress or destroy a relationship? Personal, business, or ministry reputations should also be a factor: Is what I’m thinking of doing going to damage the integrity of anything valuable to me? Relocation might be a factor in a risky decision: Who would a move affect besides myself? The more components we consider, the more “acceptable” any risk becomes should we choose to take it.

But What About “Faith”?

Obviously, the whole premise of faith is that we are willing to trust the Lord enough to take a risk without any guarantee that we might not fail—and fail hard. So how do we know whether to weigh the risks before an endeavor or to dive right in and call it “faith”?

Here’s the key: Have we truly heard from the Lord about whether or not to take that risk?

Of course waiting for that certainty can be an issue for impatient risk-takers who may just want to jump out of the boat before really taking the time to hear what God is saying about that potential peril. Peter was like that. He was often three steps ahead of the Lord—and often that didn’t work out too well for him. He jumped out of the boat and then sank. He slashed off the ear of a man who was trying to arrest Jesus. And when he should’ve taken a risk of faith, he caved. After Jesus had been arrested, Peter denied knowing him out of fear of being arrested himself—or worse. For the same reason, he abandoned Jesus at the cross.

Where was his risk-taking nature then?

So Is It God—Or Not?

What if we really don’t know whether we’ve heard from God and there’s a hard deadline looming to make a decision? There’s one principle we can start with when we’re trying to figure out whether our perceived “green light” is really from God: Is the risk one that will benefit his kingdom? Now that doesn’t mean the endeavor has to be ministry per se, but whatever the risky proposition is, it should somehow further God’s plans and purposes. If not, then it’s probably not a risk God would be leading us to take. Nevertheless, here’s the thing: If he is calling us to “get out of the boat” and walk on water—then we need to obey.

If we do, then one thing I know: He will catch us if we fall.