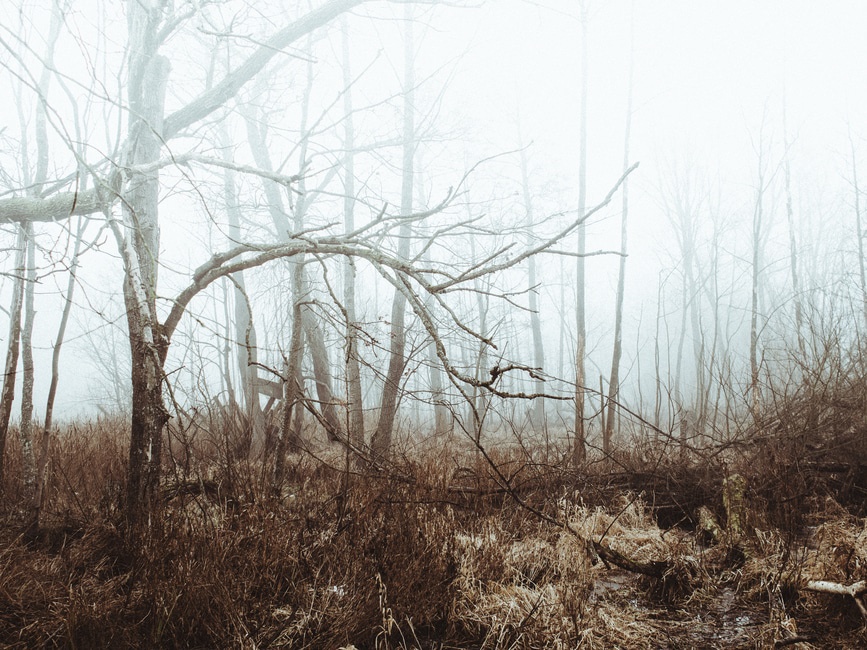 Black smoke from the forest filtered out the first rays of pink light creeping up from the eastern horizon, and one by one, as the light grew brighter, trees and stumps of trees emerged from their hiding places in the black of night. The trees glimmered like spirits, slowly materializing from an unseen world.

Once up, the sun revealed, not a forest, but the remains of a forest. For fifty yards in any direction, splintered tree trunks, amputated branches, and masses of twigs and leaves littered the crater that had been the forest floor. When the smoke finally cleared, whole trees had been obliterated while tiny bits of debris, pieces of bark and clumps of dirt continued to rain down from the sky. Snowflakes of ash floated from nowhere, lightly coating the forest ruins and the dead birds lying in the dirt.

From seventy-five yards away, a man held a remote. The devastation was, actually, much more extensive than he’d hoped. That meant one of two things: either he could use less dynamite or – he could blow a bigger hole.