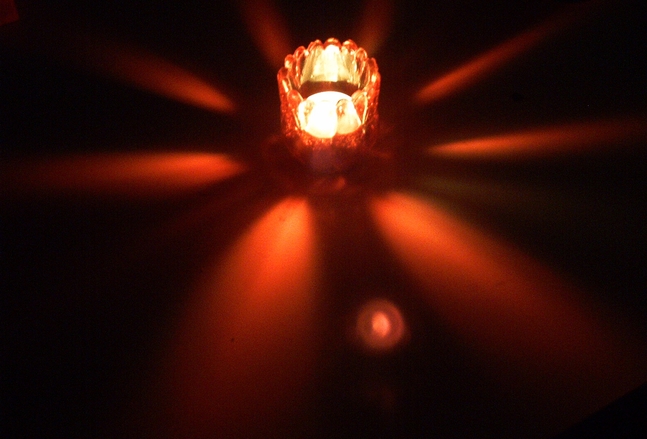 For the most part, I reasoned that grace was synonymous with mercy. Makes sense, right? I mean, you confess your sins and you have to receive mercy in order to be forgiven. The only problem was, I couldn’t understand how you could get “more” mercy; either you had it or you didn’t have it; either your sins were forgiven – or they weren’t. How could they be more forgiven or less forgiven?

Now while I didn’t lose a lot of sleep over the issue, it was certainly a mystery. But I filed it away in the back of my mind and figured that some far off day when I finally got to heaven, some angel or saint would no doubt explain it to me. (It would, I thought, probably be Apostle Paul since he was always declaring “grace and peace” to someone or other.) However, that day came sooner than I thought – and not from Paul. One day as I was sitting in church mostly listening, I heard a woman begin to teach on the difference between grace and mercy. My ears perked up.

I took a moment and thought about that. Suddenly it all began to make sense: Mercy and grace are not the same thing. Mercy is the forgiveness of sin, and grace is the power to overcome sin.

Still, grace is so much more. Grace is the power of God to accomplish and achieve the extraordinary, the supernatural, even the impossible things we are called to do in order to fulfill our destinies.

Grace is not just some vague, wimpy, “nice” little Christian concept. Grace is the fire-power of God.

The fact is that grace, like faith, is an actual substance, a “thing” which we can receive from God in order to accomplish whatever it is He has called us to do. And although it’s probably an insufficient analogy, I like to think of grace as a tool without which we can’t get the job done. Can we split wood without an axe or saw? Can we drive without a vehicle? Can we communicate without language?

Can we fulfill our destinies without the fire of God’s grace empowering our lives?

Possibly, but not well. But that’s all right because God says, “‘My grace is sufficient for you, for my power is made perfect in weakness’” (Romans 12:9).

Have you ever been so frustrated trying to achieve your calling, your destiny, that you just can’t seem to do what you feel you’ve been called to do? Have you even doubted that calling?

Have you ever just wanted to quit?

There’s fire for that.