You Can’t Not Be A Royal 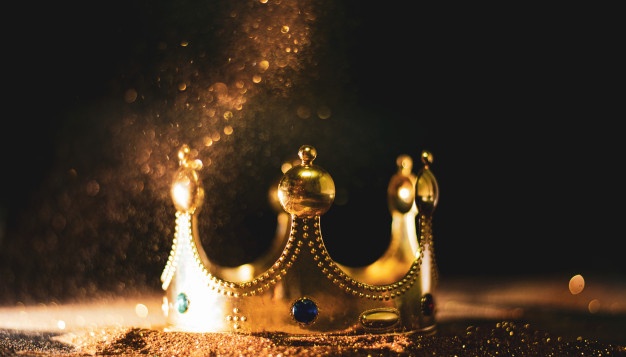 Recently, the news folks on at least five continents have been waxing apocalyptic about Prince Harry and his new wife, Meghan, the Duke and Duchess of Sussex, and their decision to “quit” the royal family. Apparently, their plan is to move to the British province of Canada where they can live like “normal people”. The whole fiasco is called “Megxit” after Meghan, who is being blamed for enticing her royal husband to leave Windsor Palace for more modest room-and-board.

Of course, none of this is going over very well. Headlines gleefully announce that Her Royal Highness, Queen Elizabeth II, is having fits in private, although in public, she “supports” their decision. Papers also speculate that this whole circus is a deliberate plot to take the press’s focus off of Prince Andrew and his alleged ties to certain people of very dubious character who, for our purposes here, need not be named.

Royalty Is Not A Conditional Proposition

Despite the fact that a lot of people care about the accusations against Prince Andrew as well as Prince Harry’s decision to abandon his royal roots, the point is this: Neither Andrew’s behavior nor Harry’s decision to “quit” the royal family makes them “not royal”.

Royalty is a position one is born into and as such, it’s a bloodline identity, not a sought-after or bought-into or earned position. No one can go to college with the goal of becoming a royal entity. Royalty is not a job, it’s an identity. Royalty is not what one does, it’s who one is—that’s the difference. Harry will always be a prince by virtue of his bloodline, despite his desire to leave it all behind, and Andrew will always be a prince, despite his sins. While the purpose of this piece is not to berate Andrew, the lesson is that the magnitude of his alleged fall from grace still does not negate his identity as a royal.

The Bride of Christ

By virtue of our relationship with Christ, we are also royalty; we have a new identity because we are now the bride of Christ. In just the same way that Meghan is now a royal by virtue of her marriage Prince Harry, we, who are the bride of Christ, have been grafted into the bloodline and thereby the royal family. As such, we are enthroned at the right hand of Christ—as is fitting for a bride and queen.

We reign with Christ—and we can only do that from a position of bloodline royalty.

Moreover, we can’t “lose” our new identity in Christ; our “new creation-ship” is an established fact which cannot be altered, regardless of how we “feel” about ourselves or our behavior. The prodigal son was still his father’s son, despite his leaving and despite his sin. And if he had never chosen to return to his father, he would still have been his father’s son—albeit in a pigpen.

Speaking of the Pigpen…

We often disqualify ourselves from our royalty, not by our actions, but by our mindsets about ourselves. Granted, it’s much easier to appropriate and accept one’s identity as a royal if one is born into it and raised knowing it from the first breath. But what if we were born into a situation seemingly anything but royal? Maybe we grew up in poverty or a broken home or had less-than-royal-behaving parents or are even a convicted felon. Even if—none of those situations is now your identity in Christ.

“But what if I’m still in one of those situations?” If you are, and you’ve accepted Christ as your Savior and Lord, you are still royalty.

Your situation does not determine your identity.

We’ve all heard the story of the “Prince and the Pauper” in which a prince and a poor boy (who happen to look alike) exchange places and thereby end up taking on one another’s daily lives. Even so, their new circumstances don’t change who they are; the real prince is still royalty and the pauper is still not.

Royals Have A Duty to their Kingdoms

You are a royal entity. And that will never change. What needs to change is your acceptance of that truth because when it does, everything else will change. Your view of yourself and what you’re allowed to do will change—after all, royals accept that they have the right, authority, and privilege to do whatever must be done. This means that your view of your purpose and destiny will change as well: You will understand that you have the right and authority to pursue your purpose in life. And one more thing: You have a duty to pursue your purpose. Royals understand that their duty is to lead and to do the work required to benefit their kingdoms.

We have a kingdom which requires us to fulfill our purpose. It’s our duty. And we can only fulfill that duty and purpose when we truly accept and move in our royal identity in Christ.

So, Your Royal Highness—it’s time.

The Myth of the Mid-Life Crisis