Do You Know It—Or Do You Feel It? 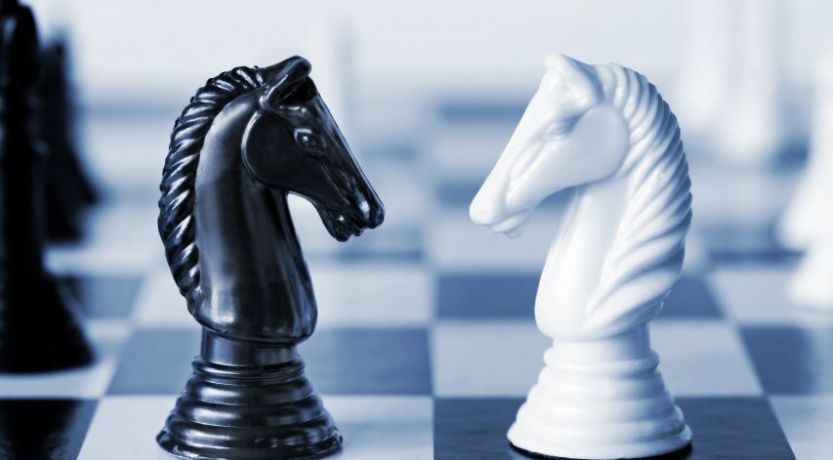 DO YOU KNOW IT—OR DO YOU FEEL IT?

Carol was contemplating buying a stove from a nationwide appliance store but had a couple of questions about the particular model she’d been looking at so she tracked down a friendly salesperson and asked if he could help her. Of course he could. This is how the conversation went:

CAROL: Since this stove has a different kind of heating element in the oven, does it tend to take a shorter amount of time to cook, say, a turkey or about the same amount of time? It says it’s a “time saver”. What does that mean, exactly?

SALESPERSON: Oh—what’s your name? Carol? Carol, you’ll love this oven! You’ll be able to cook a turkey in less time which means you’ll have more time to spend with your children watching, say, the Macy’s Parade on Thanksgiving! You do have children, don’t you? I noticed your ring.

SALESPERSON: And I bet they’re the cutest little kids!

CAROL: Actually, they’re in their 20’s. Can you just tell me how long—?

SALESPERSON: I bet you feel really proud of them.

CAROL: Yes, but I just want to know—

SALESPERSON: Right. How long it takes. Imagine yourself on Thanksgiving Day: you’re sitting around the dinner table with your delightful family, Tom Turkey placed in the center of your beautiful table, all golden-brown and crispy, surrounded by mountains of fluffy mashed potatoes, delectable candied yams and, of course, Grandma’s green bean casserole! (He grins like an idiot.) How does make you feel?

CAROL (feeling like she wants to wrap her hands around his neck): Can you just tell me how long it would take??

SALESPERSON: Huh? How long what would take?

Unfortunately, Carol, who is a “facts” person, has encountered Bob, a “feelings” person. And what Bob unfortunately doesn’t understand is that facts people just want the info in any given situation—the intel and the stats—and if they have a question along the way, answer it. Get straight to the point, forget the bunny trails or the pointless trips down memory lane—just get to the bottom line.

Feelings people, on the other hand, are all about the emotions any given person, product or situation will evoke. What feelings are generated and what “gut” reaction does the listener have? Feelings people make decisions based on which emotion presents itself in the midst of the decision-making process. If it’s a warm and fuzzy feeling, they’re all in. If it doesn’t “feel right,” they’re all out. Not that feelings people don’t appreciate facts, but they’re commonly more intuition-driven than facts people.

The problem, as you’ve probably guessed, is when the two meet. The conversation can range anywhere from polite disagreement to a scenario reminiscent of a meeting between a match and gasoline. Our current political climate is a vivid example: people are either for or against current politicians (pick one) based on what they’ve done OR on the emotions they spark. Facts people don’t want to hear about how “mean” a politician is if what he/she has done is beneficial; on the flip side, feelings people don’t want to hear  what a politician has accomplished for good if they don’t like him/her as a person. And never the two shall meet.

Why is this important?

Because whether we’re selling a product or service, sharing the Gospel or writing a book, it’s not about what we think is important—it is entirely about what the audience or consumer thinks is important.

I once had a pastor tell me that, “without exception,” people accept Christ and Christianity based on feeling the love of God. I tried to share my experience, saying that the reason I was persuaded to become a Christian was because I’d researched the facts of the Word of God until I was convinced that the Bible was truth. Then I felt comfortable responding to what it said. He told me I was wrong. I didn’t understand, at the time, why he would say that, but now I understand that his approach to sharing Christ was based on what he responds to—feelings. But to be perfectly fair, I had done the same: when I would talk to people about the Lord, I would immediately default to the facts proving the Bible. It had actually never occurred to me that people would believe God loved them without first finding out whether they could trust the source that said so. But that was me. Now I’ve learned to start simply by asking people what their questions and/or concerns are, no matter what the topic. Those are what need to be addressed, not what I think needs to be addressed.

If we’re wise, we’ll take this understanding of how people approach any given topic and use it to really communicate with people. If we’re promoting a product, we need to find out what customers care about—how the product works or how they’ll feel when they own it. If we’re sharing the Gospel, we’d better understand what concerns our listeners most: historical facts or feeling loved and accepted. If we’re writing a book, we need to understand whether our readers want to be informed or entertained.

Ford has approached its ad campaign for trucks by presenting the facts and statistics about their vehicles and the awards they’ve won. Subaru, on the other hand, has done the opposite: all of their ad campaigns are image/feelings-based. Their tagline is “Love—It’s What Makes A Subaru.” Not my cup of tea but it appears to be working. The interesting thing is that most consumers of trucks are men and most decision-makers regarding the purchase of SUV’s are women (who, advertising tycoons believe, influence their husbands).

Whether we’re authors, ministry leaders, biz people or simply people trying to connect effectively with others, we should take stock of two things: how we think and how our audience thinks.

It could make a world of difference. And that’s a fact.