Ten Ways to Blow Up Your Dreams. 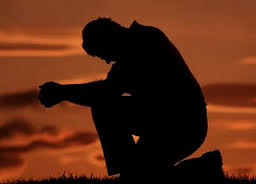 Sometimes we spend vast amounts of energy trying to rocket-launch our dreams and fulfill our destinies. We drive hard, we burn the midnight oil (especially as writers), and we follow the experts, trying to do everything they say. Now I’m not knocking the experts; they’re experts for a reason. But sometimes in spite of the sacrifice of time, the worry and fret (c’mon – you do), and the fervent prayers, things just don’t happen like they’re supposed to. And the frustrating part is that there seems to be no rhyme or reason as to why. Right?

But there may be a reason. Sometimes we spend so much time trying to pursue the “should’s” that we don’t recognize when we’re doing the “should not’s”. In other words, there are some Biblical principles which, when violated, will shipwreck any good thing we’re trying to do. I’ve identified ten of those principles. And while I won’t get to all of them in this post without writing a book, I’ll try to do it in the next couple of posts.

It all started when I began to think about the scripture in I Peter 3:7 which admonishes husbands to treat their wives with understanding and respect “as the weaker partner . . . so that nothing will hinder your prayers”. Now forget the debate over whether wives are the “weaker partner” – not the point here. The point is a larger one: just as I was feeling relieved that God was holding husbands accountable, the Lord tapped me on the shoulder and directed my attention to the following: a “weaker” person is defined as anyone who is under the authority of another person. Furthermore, He pointed out that anyone in authority is held accountable for how they treat the “weaker” people under their authority.

Anytime we have authority over someone else, whether it be a child, a student, an employee, or a congregation member and we fail to treat that person with respect and do right by them, then our prayers are hindered.

We’ve all heard the term “brass heaven,” meaning, essentially, that our prayers are “bouncing off the ceiling” or blocked. A “brass heaven” is referred to in Deut. 28:23: “’And your heaven that is over your head shall be brass, and the earth that is under you shall be iron.’” While in context this curse for disobedience to God refers to a lack of rain, Matthew Henry makes the point that the curse affects everything pertaining to the person, not just rain. Disobedience causes God’s deafness to pleas for relief from curses and to petitions for blessings.

Now, for those who would argue that, in Christ, we’re no longer under any curses, you would be correct. However, Peter’s warning to people in authority regarding prayers being hindered is obviously given to Christians, meaning us, even after we’ve received Christ.

The warning is real: don’t abuse or even treat poorly people under your authority and then wonder why your prayers concerning your dreams and destiny are having no effect.

Another reason related to prayers being hindered is a lack of love, particularly in a practical sense. God has always had a soft spot for underdogs and vows to protect and vindicate them – and we know (or should know) that God always keeps His promises. In Isaiah 58:6-12, the Lord clearly indicates that our actions equal our consequences. The “’fast [sacrifice] that God has chosen [is to] loose the cords/chains of injustice . . . untie the cords of the yoke . . . set the oppressed free . . . share food with the hungry . . . shelter the wanderers [homeless] . . . clothe the naked . . .’” The Living Bible expands on this principle: “’Stop oppressing those who work for you. Treat them fairly and give them what they earn.’” And the result? Then you will have revelation, healing, righteousness, protection and “’Then you will call, and the Lord will answer; you will cry for help, and He will say: Here I am’” (vs. 8-9).

The lesson: we reap what we sow and if we sow mercy, then God answers our prayers.

Need an example? A Roman centurion asked Jesus to come and heal his servant and the Jewish elders “earnestly implored Him [Jesus], saying, ‘He is worthy for You to grant this to him; for he loves our nation and it was he who built us our synagogue’” (Luke 7:1-5). As a result of the centurion’s love-in-action, Jesus listened to the man’s petition and went to his house.

Bottom line: we are not saved by works – not disputing that in the slightest. But the success of the works that we are called to do on this earth (i.e. – our destinies) certainly depend on whether or not we obey the principles affecting answers to our prayers. If we’re feeling like we’re under that “brass ceiling,” we need to consider whether we’re doing the “if’s” so that God can do the “then’s”.