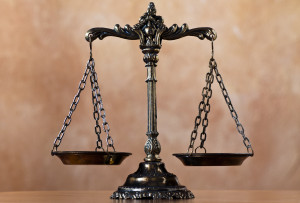 Burning the midnight oil? Putting hobbies, down-time, and social activities on hold? Spending more money than you really should on the dream – whatever that might be?

All of these kinds of sacrifice can happen when you’re chasing the dream – but should they? When is all of the effort, expense, energy and emotion too much? When do you cross the line?

Where is the line?

That’s the fundamental question. Where is the line between being faithful to your dream, using and developing your God-given talent, and becoming obsessed with it?

Thing One: God. This past summer my goal was, by the end of July, to get at least halfway through a book I was writing. It wasn’t an unrealistic goal – if I could stick to a schedule. The problem was that, during summers, I break out in hives when anyone mentions anything to do with any kind of time commitment. Whatsoever. But I bit the bullet and made one – a schedule, that is. When I got up in the morning, the first thing on my schedule was Bible and prayer. I’d make my tea (Tetley stocks went up this summer), go out on the deck, and spend time with the Lord. I have to be honest though – sometimes it was a struggle to put my devotions first. (Is that okay to say…?) I was chomping at the bit to write, to get whatever had bubbled up in my brain during the night onto paper. However, I made myself get butt-down in the chair; I was afraid that if I put the Lord off till later, later would never come.

I can’t tell you how many times during those days I would think of the story in the Song of Solomon when the King knocks at his beloved’s locked door, wanting to spend time with her, and she answers that, essentially, she’s already ready for bed and it would be inconvenient to get up. So the King leaves. Later, when his beloved feels guilty about having refused him, she goes searching for him but he’s not to be found. Like the King in the story, Jesus isn’t fond of being put off till later or being second choice to anyone or anything else. But then, who does?

Point? As Christians, if we’re putting our dream ahead of our Lord, that’s an indicator of obsession.

Thing Two: Time. As I’ve mentioned a few dozen times, I’m a teacher which means I have summers off, and that translates into time to write. But it wasn’t always so. When the kids were little, they also had summers off – which means I had no time to write. Maybe some writers are talented enough to produce pages and pages of fascinating prose while younger son is banging a truck on the floor and older son is screaming that it’s his truck and dog is throwing up on the floor because younger son fed him a jalapeño pepper. But I’m not. I need peace and quiet. And that didn’t happen for A Long Time. Nor did it happen later. By the time they were teenagers, older son was blowing up enemy lines on Playstation with the volume cranked to “the neighbors are complaining” levels, and younger son was screaming that it was his turn or his video game or something. I don’t know. I tuned it out. Granted, I could have run away to a faraway beach and I would probably have published a series with sixteen sequels by now, but somehow I knew that wouldn’t be right. There is a time and a season for everything and at that moment in time, my destiny involved making peanut butter sandwiches. Which might be how I discovered that putting cinnamon in peanut butter is really good. (I was really bored one day….) This past summer, the sons were both working so it’s now the season for me to write.

I remember Jerry Jenkins (author of the Left Behind series) once saying that he used to schedule his writing time every night after the kids went to bed – and he’s still managed to write almost 200 books. The point is that if we’re spending too much time on our goals, who or what are we cheating? If we’re taking time away from the other things that we really should be doing or from people who need our attention, then we’ve crossed that line between “faithful” and “obsessed”. (Disclaimer: working a job is a thing, not an obsession – usually.)

Thing Three: Money. It’s not difficult to get caught up in spending more money than we should while trying to achieve our goals. After all, trips to the beach for inspiration are a necessity, not just a perk! (Who doesn’t know that?) And over the years, having seen many folks spend too much money on businesses for things like equipment, expansion, advertising and promotions, “expenses” (trips, lunches, etc.), and conferences, I know how easy it is to cross the line from wise spending to throwing money away. The rationale? “It’s an investment in the dream!” Maybe, maybe not. Anytime we spend money to further a dream, there’s always a chance that the investment won’t produce the results we need to at least return that investment – which means we lose. The key question is – was that investment an “acceptable risk”? In other words, is it money we can afford to lose or does the loss put us at serious financial risk? Throwing money away that we can’t afford to lose is a symptom of obsession, not faithfulness. Granted, we sometimes need to move in faith to make an investment but not at the expense of everything we own or have worked for. Faithfulness makes wise investments; obsession spends money we can’t afford to kiss goodbye.

The bottom line is that when we’re working the dream, we need to be careful of crossing the line between owning the dream and the dream owning us. If and when we lose control of the amount of time, energy and expense that we’re putting into making the dream happen, then we’re at risk of losing a great deal. More than one marriage or relationship or good credit score has been lost when faithfulness to a calling becomes an obsession.