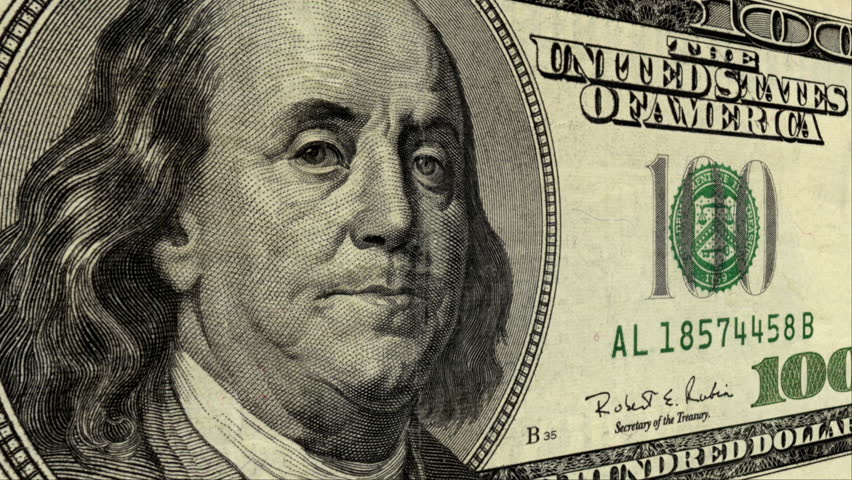 Would you give away 90% of your income? That’s what Crazy Love author Francis Chan and his wife decided to do; they give away that 90% to the church and other charitable causes and live on the 10% left over. Have they suffered? Not at all—in fact, they’re doing quite nicely.

The laws of math in the Kingdom of God are different than those of the world. Are we surprised? We shouldn’t be—Jesus has mentioned that. Cases in point: the OT widow, alive during the great famine of Elijah’s time, was asked by the prophet for something to eat. Somewhat fearfully, she says, “’I don’t have any bread—only a handful of flour in a jar and a little olive oil in a jug. I am gathering a few sticks to take home and make a meal for myself and my son, that we may eat it—and die’” (I Kings 17:7-16). How’s that for faith? But, scared or not, she shared her food, and what happened? The prophet multiplied the last of her flour and oil and afterward, it never ran out. In a NT example, a boy offered to give his lunch to feed a hungry crowd: five loaves of bread and two fish which Jesus then multiplied so that  5000+ were fed and leftovers collected (Mark 6:41).

Principle: Multiplication in the Kingdom of God comes from giving away what we have.

Forgiveness is another principle of giving. Really. When we break down the word, the prefix “fore” means “before” and “give” means, well, “give”. When we obey the command to give mercy to another—even before they ask or make amends, we harvest the benefit: release from anger, bitterness, shame and the lust for revenge. Forgiveness doesn’t mean we’ve lost (as the world believes)—instead, we win: peace. Maybe you don’t think peace is a big enough payoff, but try living without it.

Time is another opportunity to give. It’s difficult to imagine, in this crazy world, that taking time out of our day or week to spend in prayer, Bible reading, church or kingdom work will do anything but suck us dry. Of all of these “giving” principles, I must confess that this is the one I struggle with the most. How to fit it all in and still have time for family, work, sleep, chores, errands and, yes, writing? But I’m reminded, of all things, of the stories of Chick-fil-A and Hobby Lobby…

As you’ve probably heard, Chick-fil-A and Hobby Lobby refuse to open on Sunday. Most all other large businesses and even many small ones elect to stay open on Sundays for fear of loss of business, market share and, ultimately, money. But neither Chick-fil-A nor Hobby Lobby are losing money. In fact, they’re booming, making more profit than any competitors in their industries.

Example 2: Years ago, a friend of mine was in med school which left him virtually no time for anything else, but he wanted to spend time sharing the Gospel. At one point, he found he had to choose between writing an important paper or witnessing for the Lord; he just didn’t have time for both. In the end, he decided he’d have to take the hit on the paper because the other work was more important. Imagine his surprise when he found that a paper had been turned into the professor—a really good paper—with his name on it. And he had no idea who’d done it.

When we give our time to the Lord, it’s multiplied and things get done.

God also multiplies faithfulness.  I didn’t realize how much until last school year when I agreed to tutor a student after school for the money to help son through college. (I tell the following story only to make that point, not to pat myself on the back.) For tutoring, a teacher is paid by the hour except when the student cancels. Unfortunately for me, my student canceled a lot—sometimes entire weeks. I could have quit and picked up another tutoring job but the district is legally obligated to provide a tutor so that it’s on record that tutoring had been offered. I knew that, given the circumstances, no one else was likely to volunteer so I stuck with it but lost a lot of money. Imagine my surprise when, last May, I found an extra $632 in my bank account. The bank verified that it was there—even though there’d been no record of any extra deposit or math error. (See post entitled “When Money Just Appears”.) When I added up all of the hours I’d missed and the money I’d lost, you guessed it—over $600.

The fact is simply this: Math in the Kingdom of God is the polar opposite of math in the world. In God’s economy, you give and then what you give—money, time, sacrifice—is multiplied back to you, “‘…pressed down, shaken together, overflowing. For the measure that you use [to give], will be the measure used to give back to you’” (Luke 6:38). On the other hand, math in the world is a question of hoarding money, time and other resources—none of which are guaranteed multiplication or even protection from loss. I have nothing against the stock market or investing, but it’s never a sure thing.

Doing things according to Biblical principle can be scary—after all, we’ve been programmed to do the opposite our whole lives. But when we look at the return, both now and for eternity, there is, hands down, no comparison.

Kingdom math = multiplication. Take it to the bank.