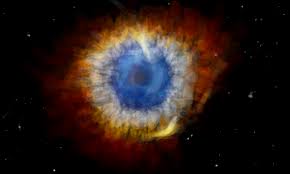 On June 29th, my son in California broke his finger playing football (boys!). The problem was the health insurance at his new job didn’t kick in until July 1st—sixty days after his date of hire. Given that, he had one of two bad choices: either pay hundreds of dollars out-of-pocket at the Urgent Care or tough it out and wait two days to get treatment—which is where he was leaning.

My son moved to California in January 2018 after graduation from college and got his first job which provided health coverage. Then last summer, I removed him from my health insurance because he didn’t need it anymore. Or, at least I thought I did. Turns out I hadn’t taken him off my insurance but I didn’t realize that until a month ago—four weeks before his new insurance kicked in. Seems he’d been on my insurance all this time. Of course, we decided there was no reason to take him off until July 1st when his own insurance became official, although the odds of him getting sick or having some unfortunate accident were very slim… But still—there was the football. And we’re not stupid.

While some would say it was a lucky coincidence I’d forgotten to remove him from my health insurance, I’d say not. Moreover, the timing of the revelation of my mistake was no coincidence either: If I’d realized the error sooner when he still had coverage at his old job, I would’ve removed him. But if I’d never discovered it, he still would’ve paid for the Urgent Care since he wouldn’t have told them he had insurance—because he didn’t even know it. So what happened?

Somehow—I don’t know how—Aaron remained on the insurance and his treatment was covered (which is a good thing because he might need surgery). But how many times, when we have absolutely zero idea, is God working invisibly behind the scenes to work out some situation or prevent some problem that isn’t even on our radar yet? Or that never even happens at all because he is working behind the scenes?

Time after time, we see this scenario unfold in the Bible. Take, for example, the Old Testament story of Hannah who wanted so badly to have a child but couldn’t. Still, she never stopped praying for a son and, in her desperation, promised God that if he’d give her one, she’d dedicate the child to the Lord. As a result, she became pregnant with Samuel, raised him till he was weaned and then, when he was only three, took him to Jerusalem and left him with the priest Eli to raise. Three years old! I can’t even imagine the grief she suffered in fulfilling her vow.

But—the story doesn’t end there. The Bible tells us that Eli’s sons, who were also priests, were very wicked. They took the best cuts of meat offered to God, “treating the Lord’s offerings with contempt,” and they seduced the young women assisting at the  Temple entrance. And Eli did nothing about it.

“Meanwhile, the boy Samuel continued to grow in stature and in favor with the Lord and with men” (I Sam. 2:26).

Eventually, a prophet came to Eli with a word from the Lord that because of his sons’ sins and his own failure to correct or remove them, they would die on the same day. Furthermore, his family would never again serve as priests, and every member of his family would die a violent death before their time.

The Bible says that in those days, the word of the Lord was rare and visions uncommon, but “meanwhile, the boy Samuel was serving the Lord by assisting Eli” (3:1).

“Meanwhile” indicates God’s silent work in Samuel behind the scenes to prepare a powerful prophet in the midst of an evil and godless culture. No one knew God was busy doing that but, for the first time in a very long time, a prophet was being raised up to bring the word of the Lord to a people who’d been in a spiritual drought for decades. In other words, when it looked like nothing was happening and God had abandoned his people, he was really quietly working the circumstances for their good.

The Prince of Egypt

Joseph, the beloved son of Jacob, is another example of God’s invisible hand. After being sold by his brothers, he ended up a slave in Potipher’s house where it looked as though he would spend the rest of his life in lonely servitude. But meanwhile, in the middle of that tragic situation, he was learning the Egyptian language, culture, politics, and the protocols of the Egyptian noble class—that is, until he was thrown into prison, accused of a crime he didn’t even commit. Once there, he was thrust into the midst of a dungeon full of Class A felons but what did he do? The same thing he’d done in Potipher’s house: operated in his administrative and leadership skills until he was eventually put in charge of all of those reprobate prisoners. And meanwhile, as he was busy organizing them, he was learning how the other half lived: the ways of the Egyptian commoners, their dialects, and their ideals as well as their problems and concerns—all things which were pretty handy to know once he was promoted to the second-in-command of all of Egypt

We Don’t Know It Until We Know It.

The thing about the “meanwhiles” of life is that we don’t know they’re in motion behind the scenes until one day when suddenly something happens and it all becomes clear: God was always at work, even when we couldn’t see it.

I remember twenty years ago when, as a single mom, I began searching for a teaching job to support my two sons. I’d begun looking in February when it became clear that the private school I was at wouldn’t pay enough to support my kidlets, but summer came and still, nothing was happening. I had applied for positions and gone on interviews but it seemed there was always someone else with more experience or the job was temporary, et cetera. However, I didn’t have forever—time was running out; districts don’t usually hire year round so if you’re not snapped up by September, chances are you’ll wait another whole year. But I didn’t have another year and I was getting scared. How would I feed my children or keep the roof over their heads?

One day in July, I cried out yet again to the Lord, desperately asking what the hold-up was. Suddenly, I saw a picture of a huge millstone turning, but very slowly. I wondered what on earth that meant and the Lord said to me, “The wheels are turning and the position you’re seeking is coming, but until then, I’m working on the other people involved.”

It turns out that someone who was eligible to retire had delayed turning in his paperwork but the Lord knew the position was going to open up in that district and that’s where he wanted me. However, the former teacher had needed a little nudging and God was behind the scenes doing it.

When it looks bleakest and it seems there’s nothing remotely on the horizon, what we don’t see is God all around us, doing what only he can do—working it all out. And he’s doing the same for you. Just believe.

Your “meanwhile” is happening right now.

Previous post
You Have the Right to Remain Silent—and to Speak Freely
Next post
The Quest: to “Find Yourself”