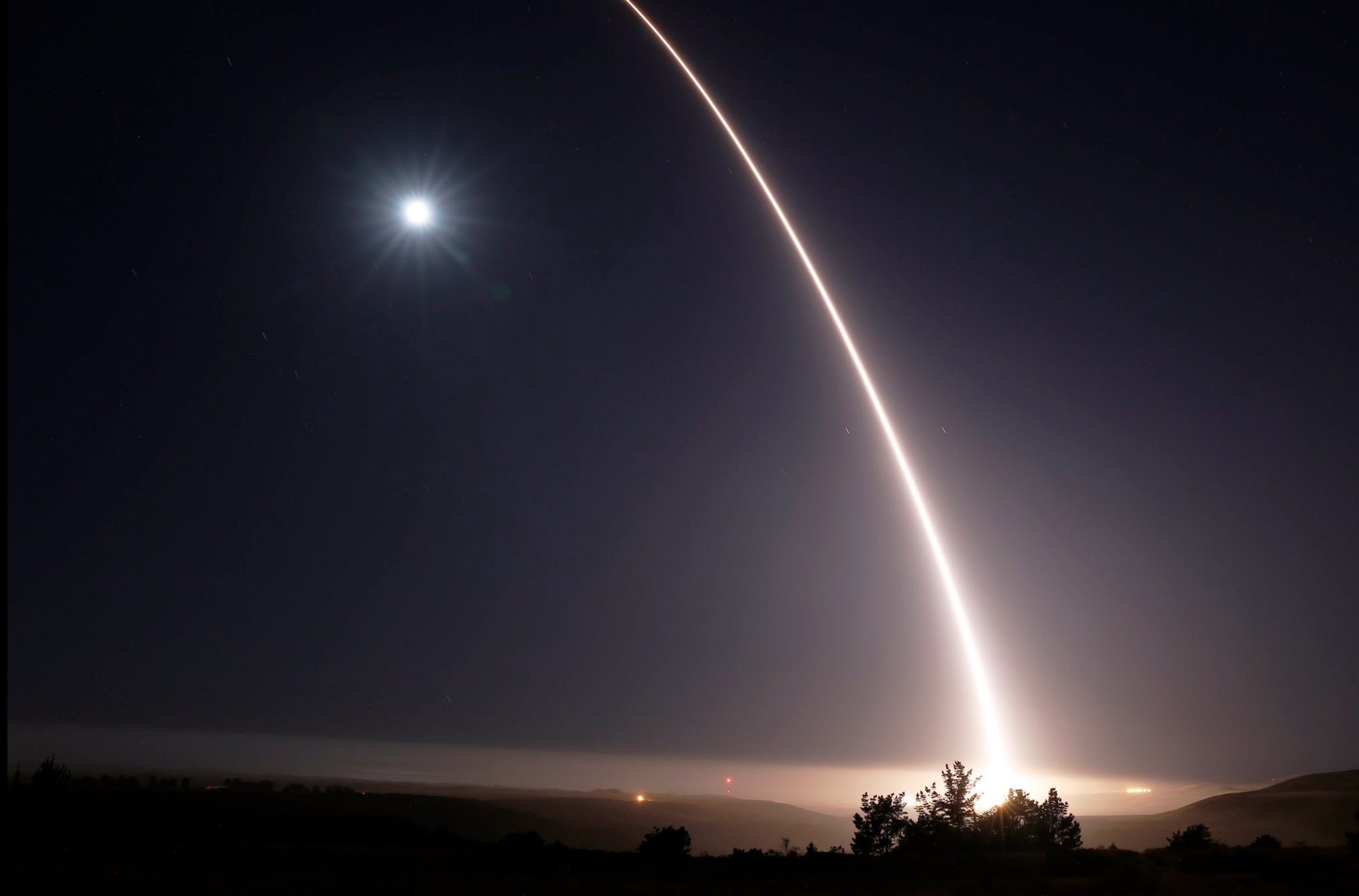 The Convair B-36—aka the “Peacemaker”—was a bomber used exclusively by the U.S. Air Force during the 1940’s and 50’s; it had an intercontinental range of 10,000 miles, an 87,200-pound bomb capacity, and was the first bomber capable of delivering any of the nuclear weapons in the U.S. arsenal. In other words, with the “Peacemaker,” the United States could make peace around the world—one way or the other.

On the flip side, the LGM-118 “Peacekeeper” was a land-based ICBM (inter-continental ballistic missile) used by the United States for the intent of shooting down any nukes launched against the U.S. (primarily by the then-USSR). The “Peacekeeper” was armed with a 300-kiloton warhead—a rather convincing deterrent to attack.

Now while the United States no longer employs these weapons, that’s not to say that there aren’t currently peacemakers and peacekeepers in the country today. The only difference is that these models aren’t bombers, they’re people.

Let’s face it—sometimes making peace is messy. The fact that you have to make peace in the first place implies that something is out of alignment and that usually has to do with relationships—whether between people or nations. “Peacemaking,” by definition, requires that some person or group steps up and puts an end to a conflict already engaged, whereas “peacekeeping” simply endeavors to maintain a lack of conflict.

Which is not to say that conflict is not happening.

The Apostle Paul said, “’The kingdom of God is… righteousness, peace and joy in the Holy Spirit’” (Romans 14:17 NIV). Jesus said, “’From the days of John the Baptist until now the kingdom of heaven suffers violence, and violent men take it by force’” (Matt. 11:12 NASB).

So which is it? Is the kingdom of God peaceful or violent? Who’s right—Paul or Jesus?

They’re both right. True peace, “kingdom of God” peace, must be hard won and—make no mistake—the battle will be bloody. Sometimes bodies bleed, strewn across muddy battlefields littered with bullets and bayonets. More times, hearts hemorrhage at front door showdowns with tear-weary words: “Your home or your drugs (or rage or lies or…). Choose.”

It’s the day the short, skinny kid stands up to the bully who’s been tormenting another—even though there’s a very real probability a public humiliation will be posted later for all the middle-school universe to savor.

It’s the day the honest bread-winner visits his boss with the news that he can’t be a part of the latest company scheme to make a fraudulent buck—even if it costs him his job, his unemployment benefits, and his future recommendations.

It’s the day the trembling wife with the carefully hidden bruises steps between her child and the man who’s about to hurt him and says, “Never again.”

It’s the day a naked body hung impaled upon a cross by razor-sharp spikes, a body all splinters and blood—to liberate billions from the chains of eternal fire and torment.

Jesus said, “’Blessed are the peacemakers, for they shall be called sons of God’” (Matt. 5:9).

At no time did the warrior Son of God ever call a summit and sit down with the devil to negotiate a peace treaty. Nor did the skinny kid, the honest bread-winner or the trembling wife. The fact is that peacemaking is not easy, it’s not fun, and it’s not popular. It is sometimes bloody, often terrifying, and always heart-shattering. But, in the end, it brings true “righteousness, peace, and joy”.

Peacekeeping, on the other hand, is easier. That is, if one enjoys walking on eggshells, guarding toxic secrets, petting demons, and compromising one’s very soul.

Maybe it’s time to pick up your sword and make peace.