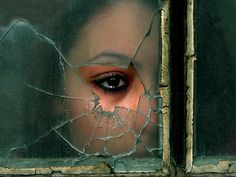 We increasingly live in a world where people are separated into two camps: there are those who understand that for that “dream come true” scenario to happen, you have to work – and there are those who either don’t know that or don’t care to know that. Their dreams are just “supposed” to happen.

The fact is, you are your own fairy godmother; you’re the one with the wand. If you choose not to use it, then the dream won’t happen. Period.

Why do people not want to work? Because work is, well, work. It requires sacrifice: it requires doing things we often don’t like, it requires long hours, it requires inconvenience, it requires putting up with unpleasant circumstances or (dare I say it?) people, it requires going without. It isn’t always fun. And it’s sad how “fun” seems to be the new standard in terms of which activities are of value and which are not.

In short, work is painful. We give up something now in order to get something later. That’s how it works.

We can play now – and then have to work twice as hard later. That’s painful – especially when everyone else we know is reaping success now because they didn’t play when it was time to work. Working to save money comes to mind – or at least not spending gobs of it when you don’t have it to spend or you’ll need it later in life. We may not have enough to save early on but then we shouldn’t be spending what we don’t have. Want a reason? Because “later” always comes.

We can play now – and then regret a missed opportunity later. I’ve said it before and I’ll hammer on it again and again: there’s no pain greater than regret. Skipping that job opportunity or business op because it would require too much work. Or missing that opportunity to go to school when you had the chance – or (here’s a thought) to learn something while you’re there. (I always tell kids that if you’re going to college to party, stay home; it’s stupid to take out loans to party.)   Opportunities take work!

The ridiculous idea that we can go through life without pain is more than just a stupid concept; it’s destructive. More and more people are becoming angry at the concept that they must work to achieve. When people can’t handle the voluntary pain and sacrifice of hard work, then they end up with the inevitable pain and heartache of having declined the opportunity to work.

Pick your pain. And choose wisely.