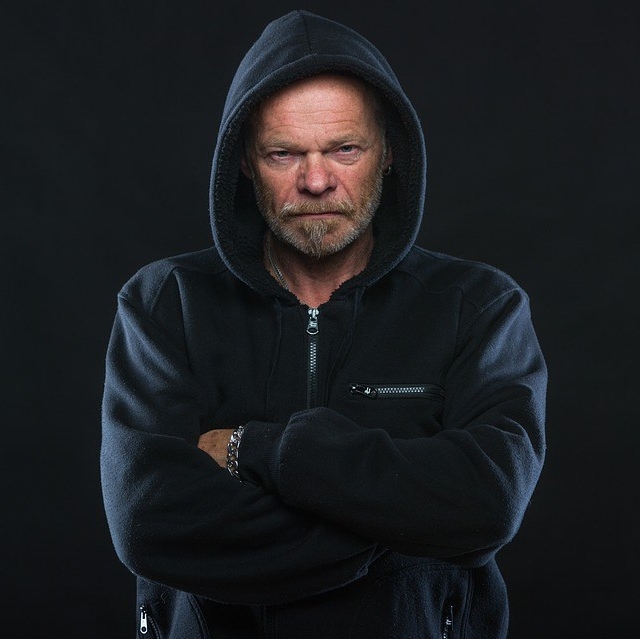 Real-life scenario (with changed names): Jack comes flying into the kitchen, ranting that the cable was out and he was missing the Cowboys beat up on the Patriots (on par with a blue moon). Jess, his wife, asks whether he remembered to pay the overdue cable bill.

Jack snorts. “The cable bill is not overdue.”

“Well, yeah, it is,” Jess says. “We got a late notice three weeks ago and you said that it had slipped your mind and you’d take care of it.”

“I did not.” Jack’s face flushes rather red. “I didn’t even know it was overdue.”

“Jack, I remember you stood right there and promised to pay it. The cable company probably disconnected the service.”

Jack turns up the volume. “I did not say I was going to pay the cable bill—I didn’t even know about it!”

Jack utters a naughty word. “I DID NOT SAY THAT!”

Sixteen-year-old Jonathan wanders into the kitchen. “You did, dad. I heard you say it.”

“You’re both wrong!” Jack slams the door on his way out.

I Should Say What??

There’s an odd dynamic at play when someone can’t admit they’re wrong: They often take extreme measures to insist that they’re not in error, that someone else is wrong and that whatever the problem is, it’s not their fault. And in the process, things can get ugly. The ritual of self-defense in the face of perceived accusation is one of nature’s most ferocious exhibitions. In fact, it can get quite bloody.

In order to comprehend why people go to all the trouble to defend themselves in the face of the clearly indefensible has more to do with the psychology of self-image than anything else.

The fact is that people who cannot admit they’re wrong when they know they are is because they haven’t learned to distinguish the difference between being wrong about something and feeling that there’s something wrong with them for having made a blunder.

The unconscious message they hear in their heads is on par with “I’m stupid or I wouldn’t have made a mistake,” or “I’m an inferior person for having made an error.” In other words, they personalize their mistakes, interpreting them as evidence of an internal character flaw or intellectual inferiority rather than an external action like a simple misjudgment.

I once tutored a student who would make math mistakes then fly into a rage, replete with yelling, fist pounding and swearing, all the while screaming, “I’m so stupid! I’m so stupid!” Any attempts to comfort him with the notion that he wasn’t stupid and that the whole point of school was to learn things he didn’t already know, fell on deaf ears.

The fact is that being wrong is not a moral failure and therefore, it doesn’t qualify as evidence of such.

Having said that, I’m not suggesting that the tantrums people throw to avoid their own self-condemnation, especially if they’re violent demonstrations, should be dismissed. As the saying goes, “That’s not okay.” Therefore, the tantrums are the issue, not necessarily the mistake. Still, regardless of the extremes to which people will go to avoid seeing themselves as deficient in some way, the dynamics are the same: People who cannot admit they’re wrong are defending their self-images, not their mistakes.

While there will always be those people who will rub it in your face should you dare to admit you’re wrong, it helps to realize that there’s something more wrong with them for needing to do that than there is with you for having erred. “I told you so” is evidence, at best, of insecurity and, at worst, it’s indicative of a mean streak. To want to make people feel badly about themselves is cruel.

Nevertheless, those people are (hopefully) not the norm. Regardless, the fact is—and here’s the paradox—people will generally not only forgive you for admitting you’re wrong, but they’ll admire you for having the good character to do it.

Isn’t that odd? Still, it’s the truth. We all know that admitting we’re wrong is not always easy, but it is generally well received; it demonstrates that not only are we not deficient in some internal way, but rather that we’re mature, reasonable, and humble human beings. And humble is huge. Regardless of whether people are consciously aware of it, we respect someone with the humility to admit when they’ve messed up. So—that being the case, why don’t more of us cop to being wrong when the shoe fits? Fascinating question.  Maybe because it can be a scary proposition?  If that’s the case and you need a little courage, consider that practicing the “W word” when the situation warrants may well help you to see yourself in a more positive light. After all, it takes a person of character to admit fault. And one more thing…

Uttering the words “I was wrong” has never been listed on any certificate as an official cause of death.