The “A” Words: Authority and Accountability 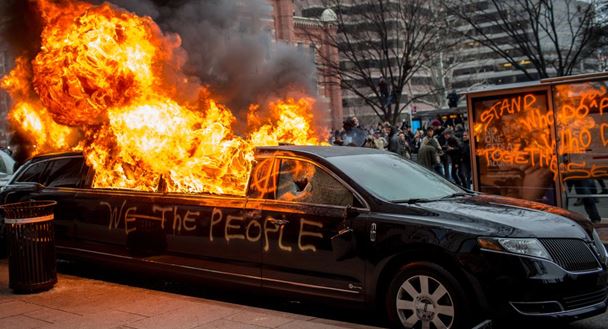 THE “A” WORDS: AUTHORITY AND ACCOUNTABILTY

Let’s face it—even wolves have an authority structure. The Alpha dog is the one who keeps the others in line. If it weren’t for him, there wouldn’t be a pack, there’d be chaos. And we see lines of authority all throughout nature. There’s a “pecking order” in the barn; the geese follow a particular goose; rams butt heads to find out who’s in charge; and I’m pretty sure lions have some sort of show down to determine the Big Cat. (I did see The Lion King.) Even families in nature have a structure; all the little duckies follow the mommy duck in a no-nonsense line. Lion cubs get swatted into order, and I’ve never seen a calf or colt bucking the bull or stallion.

Unfortunately, not so among humans—in families or in society. The result? Chaos in families and in society. The parenting trend in our culture over the last several decades has been to allow children to “rule the roost” (which, by the way, would never happen in the henhouse). We’ve all seen parents who are too intimidated by their children to stand up to their naughty behavior. This means that the authority structure in the home has broken down, and therefore, children (in these homes) are not taught even to acknowledge authority much less respect it. This then translates into meltdowns in our classrooms, workplaces, churches, courts, and even the streets of our nation; without respect for authority, it’s difficult (impossible?) to contain people who are not getting their way, much less to accomplish anything productive.

So how do we offset this? There’s only one way: We have to recognize and comply with the need for both authority and accountability. And if that recognition does not begin with us, it has no hope of spreading to anyone else.

But does submitting to authority and accountability mean that we subject ourselves to horrific abuse by those who wield their authority like Attila the Hun? Does it mean that, like browbeaten doormats, we silently quake in fear in the wake of bad leadership? Does it mean the return of slavitude and the breakdown of civil society?

There’s a time and a place to address abuses by authority, but it’s not by burning, looting, accosting, and assaulting those in charge. There are means of protest which do not erode or decimate a nation.

So—what can we do to preserve civility on our turf?

Suggestion #1: At least consider respecting authority. Granted, some people don’t deserve the positions of authority they hold, but instead of starting with the assumption that all authority is corrupt or incompetent, how about we at least wait until they prove that before we accuse them of it? In fact, why not begin with the opposite perspective—that all authority deserves to be respected? For example, let’s just assume that policemen and women have our backs and deserve to be respected for—what again? Oh, right—risking their very lives to protect—us. And ditto with the military; let’s not assume they’re all evil warmongers but rather selfless people who love their country and—us. Not to mention pastors—it’s actually possible that they do have better things to do all day on Sunday than the care and feeding of clueless sheep. (Wait—did I say Sunday? I meant Sunday through Saturday…) And let’s not forget teachers. Let’s just pretend for a moment that they’re not just in it for the big bucks and summers off and that they might actually like a kidlet or two. Besides, who doesn’t love arguing with teenagers for a living? Every. Single. Day. Almost.

Suggestion #2: Consider being accountable. I know, I know—there’s a medieval concept. After all, being accountable to anyone would certainly imperil all our freedoms and rights as homo-sapiens. Right? But when you think about it, is it really such a horrific idea—especially if there is no one else to speak into our lives with just the right blend of wisdom, truth, and love? We’re usually blind to our own faults or we would’ve already dealt with them, so what’s wrong with getting another perspective? (And if we prefer to ignore our faults, then there’s a reason for accountability.) If we have an accountability partner, we can make character adjustments a lot sooner rather than later; we can get another viewpoint on potential decisions; or we can simply have that rock-in-a-storm to talk us off the ledge when we think the world is ending.

Being accountable doesn’t mean we’re signing up to be raked over the brimstone every time we have a little chat with our partner. It can actually be the beginning of a beautiful friendship. And the Bible does say that “iron sharpens iron” (Prov. 27:17) and that “two are better than one…” (Ecc. 4:9-12).

Seriously, King David would never have become king if he had not continued to honor King Saul’s position as king even though Saul was trying to kill him. David said (and I’m paraphrasing), “Far be it from me to touch God’s anointed.” Granted, I know better than many that sometimes it’s not easy or even safe to respect the authority we’re under, but that doesn’t mean we can’t do it—at least from a distance. Can we not at least pray for those in authority, if nothing else? Can we not at least be polite, even if we don’t have the greatest parent/boss/political representative, etc.?

Respecting authority does not mean that we always agree with those in authority, nor does submitting to accountability mean that we’re relinquishing our free will if we choose to listen to someone wiser than we are. One thing I do know: If more people in our society were willing to do those two simple things, everything would change.