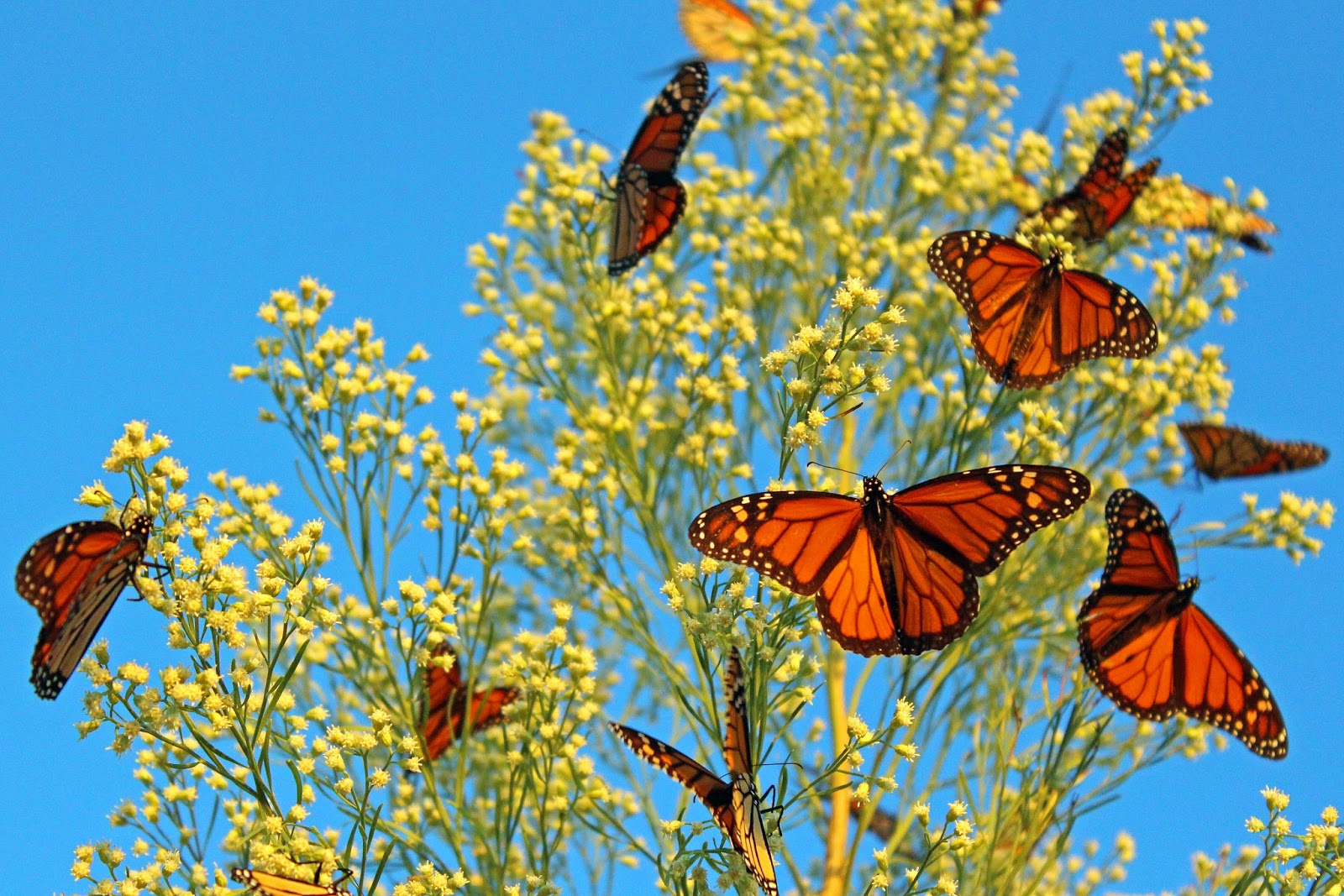 Fact or Fiction: Monarch butterflies flutter a thousand miles every year to escape below-freezing winter temperatures in Canada and the northern United States.

Monarchs fly about fifty miles per day for two weeks until thousands gather at butterfly sanctuaries in Mexico. And why do they do it? They don’t know; they’re just driven to do it.

Why do you pursue that dream you do? Why do you put up with the frustration, long hours, exhaustion, self-doubts, fears, rejection, and sometimes, failure—only to start all over again—and again and again?

A calling is that destiny you’re wired to pursue, that desire to accomplish something you can’t get away from, you can’t run from, and you can’t quit.

You might try, but you always go back—to writing that book, pastoring that church, working that business, chasing that degree—day in, day out, month after month, year after year, until you either get it right or die trying.

That is a calling.

Jesus had a calling. He was born to die. He knew it, and he couldn’t escape it. Oh, he could have, at any given moment, cashed in his chips and gone home. He could have gone back to his carpentry shop, gotten married, and had kidlets—don’t think he couldn’t have. But he really couldn’t have. He was driven to do what his Father had called him to do: to sacrifice himself for the sin of mankind. And he knew where that would happen too. The Bible tells us that Jesus traveled through towns and villages, healing people and doing ministry, but “always pressing on to Jerusalem” (Luke 13:22). Jesus knew he would be killed in Jerusalem just as all the other prophets had been, but like the butterflies driven to endure the exhausting journey to Mexico, he was compelled to get to Jerusalem. That burden haunted him, despite knowing he would die an excruciating death, hanging naked and despised, on a bloody and splintered cross. Nevertheless, he said, “’I am under a heavy burden until it [his death] is accomplished’” (Luke 12:50, LB). And what were Jesus’ very last words before he died?

If you’re feeling the pressure to quit something that’s not quite working out, sometimes a failure to succeed might be an indicator that you’re not called to that thing. But if that’s the case, you should be able to let it go. Sure, there might be some mourning for the death of something you’d put your heart into for so long, but if you’re not called to that job or ministry or activity, the grief should pass. However, if the drive and passion to do that thing simply won’t leave you, if you know, deep down in your soul that it would be wrong to let that thing go, then that’s an indicator, too: you really are called to that destiny.

I remember my last writers’ conference. I was halfway through a three-book thriller series; I’d finished the first book, tweaked it, polished it, and perfected my pitch. I had paid for my registration, scheduled my appointments with agents and editors, and packed my bags. Then I hit the road. I was absolutely certain that finally my big break would come!

So I met with agents and publishers—and several asked to see my book (or pieces/parts—you know how they are) so I went home and did the due-diligence proposals. Everything was going as planned and pretty soon I would be hearing back from folks asking for more…

I heard virtually nothing except from one agent who did give me some (rather confusing) feedback. So I quit. It was clear that I had no business daring to presume I could get published—ever. Wasting any more time under the delusion that I could be a writer would just be stupid; I needed to face the fact that I simply didn’t have what it takes and move on. Moreover, I wasn’t just hosting a temper tantrum, either; I really believed it. So I didn’t write for six months. I read a lot but I was done with writing. Instead, I cried. And I ranted some, particularly that Jane Austin could use telling “ly” words and still get published or that Taylor Caldwell could “head-hop” three times on the same page and get away with it.

Still, with each passing day, I began to feel the lure of my long-neglected pen. Eventually, I ventured to write some short pieces—but just for fun, mind you. However, when those showed some promise, I began to think that perhaps, just maybe, I could play around with a couple of other book ideas; maybe it was just that one particular book I’d have to let go. Still, the whole time I was whipping up new characters and trying on new plotlines, I knew, deep in my heart, that I had to go back to the first book and try again.

It was that book I couldn’t get away from, no matter how often I put it down “for good”.

So, with much trepidation and just a little hope, I’ve resurrected the manuscript from its dark cocoon and begun to chop, revise, and rewrite until what’s emerging from the chrysalis is a very different creation than that which had dared to call itself a novel before.

I don’t know whether it will ever be published, but I’ve come to realize that I have to finish that book. At times, it feels like I’m hiking uphill fifty miles a day but still, I know one thing: I’d rather do what I’m called to do and fail than to look back from my deathbed and wish I’d given it one more shot. Or one more after that.

Like a butterfly tempted to thwart its advance to Mexico and camp in Milwaukee or Topeka or Santa Fe, the lure to abandon our assignments and settle can be overwhelming at times. But we can’t; we have to see our callings to their destinations. That’s Destiny—like the butterfly has.