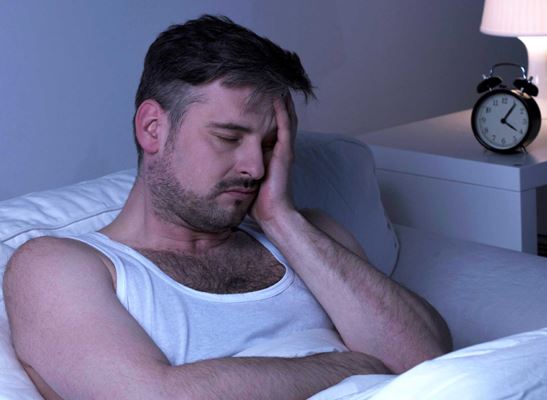 Pastor Nick runs a mid-sized, evangelical church in a fair-sized city where, every Sunday, he preaches for approximately twenty-five minutes (after working on the sermon for four days) for two services in front of four hundred people a service. Every other day of the week, Pastor Nick makes emergency house calls (mostly involving teenagers), counsels with people (usually the same people), and runs a food pantry on Mondays, a Bible study on Wednesdays, and a coffee house on Fridays.

Meanwhile Katrina, a 27-year-old woman living in the suburbs of Peoria, spends her days (and nights) caring for two one-year-olds, one two-year-old, and an almost four-year-old. Since she is not able to work outside of the home because she can’t afford the daycare, she has become the daycare. Every morning, three other women drop off their children at her house: another two-year-old, a five-year-old (on the kindergarten bus at 12:30pm), and three six to eight year-olds (on the bus at 8:30am). Everybody is back to Katrina’s house by 3:30, and moms arrive between 4:37 and 6:10 – not that Katrina’s tracking.

Emma is all about deadlines. Her deadline for the Spencer article is at 10am, the deadline for the book revision – the entire 286-page book revision – is due tomorrow (and she’s only 202 pages in), and the deadline to pitch the new book proposal at the writers’ conference is Thursday at 3pm sharp. (She wants to bring a thriller but romance is in – although not Amish – and definitely not a YA dystopian about a heroine with a sword, a bow or a slingshot – even if the boyfriend is to die for.) In the meantime, there are tweets to write, Facebook posts to edit, and Instagram pics to update. Oh – and there’s the blog. Always the blog…

So – what do all of these fine folks have in common?

Pastor Nick, Katrina and Emma all worry about whether, in the end, any of their hard work will be successful. All of their endless days and sleepless nights – is it worth it? Will they achieve what they’ve set out to accomplish – or will they fail? And even if they do succeed, will it even matter?

In the long run, when it’s all said and done, when they stand before the Lord and give an account, will it be an account worth giving?

Late in the evening, after everyone else has gone home from work, Pastor Nick sits at his desk and wonders about Sunday’s sermon – did it really touch anyone? Will anyone go home differently than they came in? And what about Ed and Sue? Did he get through to them? Will they even try to forgive each other? And the coffeehouse – will it help keep kids off the streets?

Katrina lays awake at night wondering how her children will turn out. Will they be good people – kind, compassionate, responsible? Or will they fall in with the wrong kids when they’re older and end up doing – she doesn’t even want to think about what they might be doing. Then when they’re older, will they still believe in God? Or will they reject God and leave the church as so many kids eventually do? Katrina tries to teach them right from wrong but she barely has enough time to cook, do laundry and run errands much less spend time with each of them.

What if she fails her children??

Emma would like to sleep but that’s a luxury she doesn’t have. Sometimes – okay, lots of times – she wonders why she does it: the revisions, the deadlines, the rewrites, more deadlines– and for what? What if the books are never published? Or what if they are – and then nothing happens? She tries to write books that will mean something – books that will make a difference to people – but how can she really ever know whether they will? Will all the long years of work have been just a waste of time? Or a whole life . . . ?

When we plant a seed, we’re not responsible to make it grow. We are responsible to water and weed the plant as it grows, but we can’t make the seed or the plant grow; only God can do that. In the same way, we can’t do anything other than our best with what we’re called to do and then we simply have to leave it up to God to make it work. We’re just stewards of the work; God is the master.

Nevertheless, recognizing that fact does not give us a license to slack off; we have our part to play and it’s our destiny to fulfill that part. The problem we make is that because it’s “our destiny,” we think it’s even in our power to make that destiny succeed. It’s not. God gave us our assignments – and only he can bring them to fruition.

Pastor Nick can’t make people listen to or obey the word – all he can do is to be faithful to bring it.

Katrina can’t make her children do what’s right when they’re older nor can she make them have a relationship with God – all she can do is to teach them the right way and then pray that they follow it.

Emma can’t make publishers choose her books nor can she make the books best-sellers – all she can do is to write them and promote them.

It’s up to God to do the rest.

In the end, all we’re required to do is the best we can with what we have and then to pray that the Lord will bring success to our work. Period. We simply cannot do more than that.