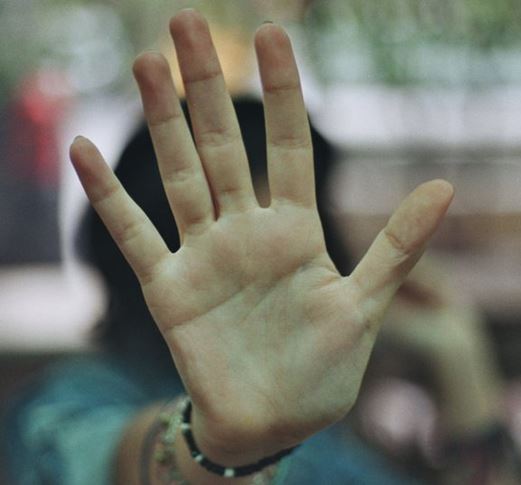 Jack stared at the paper in his hand, crumpled it up, and slam-dunked it into the trash can. There might have been a profanity or two involved as well. His boss’s words reverberated through his mind like a swarm of hornets dive bombing his head.

“Jack, I’d like you to spend some time shadowing Bill and watching how he communicates with potential clients. I think that will help you to land some new accounts. Your quotas haven’t been quite up to par since you began, but I believe you do have the potential to be a good salesman…”

Jack was humiliated. He’d had good sales numbers in his last position and excellent evaluations. Granted, quotas were higher with this company but they acted like he’d never even sold a glass of lemonade. And now they wanted him shadowing Bill. He could just imagine the behind-his-back smirks around the water cooler. Jack kicked the wastebasket. He didn’t need this. He should just walk.

Carly fought back tears. She read the email again. The publishing editor complimented her writing; the plotline was engaging – “gripping” even and her characters “intriguing”, but the editor regretted that he would have to pass. Her social media following was not quite what it should be. But he invited her to resubmit when she reached the particular number of followers he’d mentioned. She glanced again at the number.

“Hemmingway didn’t have that many followers,” she muttered. Maybe her mother had been right. Maybe she should just forget writing and take up knitting.

Both Jack and Carly had the same reaction to the course corrections offered by those in charge of their advancement: frustration, followed by discouragement, followed by a strong inclination to quit. Neither had anticipated the critiques nor did they see them as even remotely fair. Neither felt that their talents or abilities were at all valued and just barely even acknowledged. And after the anger came the self-condemnation. Neither Jack nor Carly felt that they had the chops to be successful. They were failures. They’d never make it. They should just face the facts and call it a day. Permanently.

What neither Jack nor Carly understood is that correction is not rejection.

In our success-driven culture, we often feel that “making it” should, if we have what it takes, come easily and certainly quickly. Television, magazines, and all forms of social media gush with images and tales of the rich, the talented, the successful – and they make it look so easy. So that means that if it’s not easy for us, then we’re simply not good enough. Period.

Here’s what we don’t realize – with few exceptions, successful people didn’t become that way overnight. Most of them spent years – even decades – preparing themselves, pitching their games, and then failing, only to begin again – and sometimes again and again. We rarely hear of all the rejections experienced by the successful before they achieved their goals: sports tryouts, performance auditions, manuscript submissions, business endeavors, and dozens of job interviews. And meanwhile, folks working two or three jobs or waiting tables at midnight or juggling family, work and school – all while receiving critiques, readjusting, learning, practicing, readjusting some more and trying again.

But regardless of the industry or field, the goals or dreams, what do all successful people have in common?

Thing #1: They know that, in order to accomplish their goals and fulfill their destinies, they need to sharpen their skills and become, if not experts, at least very, very good at what they do. Moreover, they know that that doesn’t happen overnight so they understand that correction will come – and it needs to. And because they know to expect correction, they’re not devastated when it happens.

Thing #2: The ability to accept correction, even if you know it’s coming, requires a tad bit of humility to swallow it and even a touch of gratitude for those willing to take the time to give it because they generally don’t have to. Successful people know that attitude matters.

Have you ever seen the cooking show “Chopped”? If not, the show features four experienced chefs competing to win a $10,000 prize. There are three courses – appetizer, entrée, and dessert – and after each course, one chef is eliminated. The last one standing wins. The point is that whenever chefs are “chopped,” the judges give them feedback on why they didn’t make the cut so that they can improve. Most of the chefs thank the judges and move on but sometimes, there are those who didn’t get the attitude memo and stomp off, insisting that the judges were wrong and they should’ve won. Bad move. In fact, really bad move. If those people had considered, even for a moment, that they weren’t perfect, they would not have received the judges’ critiques as rejection.

Thing #3: Not everyone who gives correction does it the right way. We’ve all experienced those who nuke us with their corrections, more with the intent to punish or condemn than to help us to improve. In that case, it’s best not to take the manner of correction to heart while still examining the content of it to see whether there’s any validity to it. Of course, I recognize that that’s sometimes very difficult, especially should the correction be accompanied with yelling, with the word “stupid,” or by ending with “What’s wrong with you??” If that’s the case, realize that there’s nothing wrong with you; it’s the person having the meltdown who needs to consider that question seriously.

How To Launch A Platform In Five Minutes Or Less—Really.