The Myth of “Self-Esteem” 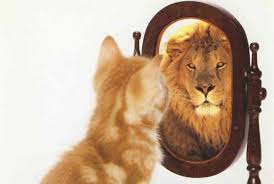 THE MYTH OF “SELF-ESTEEM”

Without self-esteem, we cannot have the kind of authentic self-confidence needed to drive our dreams and visions. But for all the talk about it, what really is “self-esteem” anyway? The dictionary defines it as “a liking and respect for oneself”. The problem is that achieving self-esteem seems to have been so over-emphasized in recent decades that, for many, it now qualifies as an end in itself. However, the fact is that self-esteem is a consequence of other actions, not a goal which can be realized independently.

Self-esteem is not something that anyone can provide for another person. And yet that’s what our society has been trying to do for a long time. Trophies for participation, grades no lower than a B, promotions based on criteria other than performance, and “freebies” doled out right and left are all giving many people a sense of superiority for accomplishing very little, if anything. Unfortunately, the consequence of this mentality has not fostered success for people, but rather a sense of being entitled to success simply because one exists.

While it’s true that self-esteem is necessary to possess the self-confidence we need to pursue our goals and visions, that only happens when a person has three things which, together, are the true recipe for self-esteem.

I remember years ago when I was a know-nothing student teacher covering a study hall one day with a very large group of students who set out to take advantage of the know-nothing student teacher. (Talk about being thrown to the lions.) Two girls in particular went out of their way to be disruptive and rude and the more they were asked to stop, the more they laughed and cranked up the behavior. They didn’t think I could or would do anything about it. Unfortunately for them, I had been told by another teacher that if I had any problems with students, I could assign them a Saturday detention. Knowing this, I was nice enough even to warn the girls what their next Saturday might look like. Evidently, they didn’t believe me and pretty much dared me to go there. So I went there.

It turns out that these two particular young ladies were members of the school’s ski club. And on Saturday that particular ski club was going skiing. None of my business. Until the school principal came to me with the girls in tow, explaining how sorry they were and that they would like very much to go on the ski trip. They even cried to prove the point.

Now if their behavior hadn’t been so deliberately in-your-face, I’m sure I would’ve said some version of no harm, no foul; have a good time. However, that not being the case – at all – I said no, that they needed to serve their time. I was looking down the road at what they would learn if they were sent merrily up the ski slope: that their atrocious behavior held no consequence and that they would never be held accountable for it. Future consequences for bad behavior could, after all, be far more serious. Unfortunately for me, the principal did not see it my way. To the best of my recollection, he was not happy with me. He believed that it was more important that these girls have fun than that they learn accountability. The girls did serve their time and I’m pretty certain that, to this day, they have not forgotten the experience. I like to think that once they had children of their own (it happened that long ago), they would’ve seen the situation in a different light. At least I hope.

In order to foster a sense of self-esteem, a person needs sole responsibility for a job, a chore or an assignment of some kind. It is this kind of responsibility which gives a person a chance to earn success through hard work, problem-solving, right choices, overcoming challenges to motivation, and perseverance.

It is that success that fosters self-esteem.

But what if a person is not able to achieve success? What if she fails? The fact is that sometimes – especially if a person is not particularly trying to succeed – she needs to be allowed to fail. Sometimes the success lies in the dusting off and beginning again. It’s these situations which teach us that we have what it takes to persevere, and it’s that discovery which breeds self-respect. However, if a person has someone continually rescuing them from failure or even from having to work hard, that discovery is never made.  A person who has no responsibility for anything cannot truly earn success, and it is that earned success which actually gives a person a sense of self-esteem.

A person certainly needs the acceptance of others in order to have self-esteem; making him responsible for his own actions or for a job of some kind does not mean that he doesn’t need support. The challenge to others is for that support not to become enabling. But for a person to know that he is accepted for who he is and supported as he “tries his wings” is essential to a sense of self-esteem. If a person works his tail off and yet cannot find acceptance and support, he may come to believe that working longer and harder is the only path to acceptance. In the meantime, his developing sense of self-esteem becomes based on performance: he is only valuable for what he does and not for who he is. The good news to anyone suffering from a lack of acceptance and support is that we have a Father in heaven who is happy to provide those for us.

If a person is continually rescued from disappointment and failure or simply allowed to quit when things get tough, he will develop a belief that that rescue or that “freebie” is owed to him. Furthermore, if he is not given a responsibility to hone his character, he will never experience true success. Finally, if he does not have the healthy support of those he respects, he will conclude that his worth is only based on what he can produce.

True “self-esteem” does not have to be propped up with trophies, compliments or the approval of others. It’s evidence of self-respect.

And that’s a gift only you can give yourself.

Previous post
The Quest: to “Find Yourself”
Next post
Some Things You’re Just Not Supposed to Talk About.