The One Thing God Cannot Do. 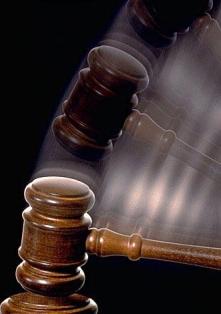 Who can forget those immortal words spoken by Rameses in the classic The Ten Commandments? In the movie, Rameses is in competition with Moses for the throne of Pharaoh and so after Moses builds a city for Pharaoh, a jealous Rameses vows, “’The city that he builds shall bear my name. So it shall be written. So it shall be done.’”

In ancient cultures, people understood that when a king put a command or decree into writing, then that word would forever stand; even the king himself could not revoke it at a later date. Moreover, a decree by a king was not simply a careless word spoken in a moment of passion and then later revoked, but even if it was spoken carelessly, the king’s word would nonetheless become law and stand for all time.

And what does this have to do with us? Just this: If you’ve ever received a word or promise from the Lord concerning your destiny, it will come to pass.

“’God is not human, that he should lie, not a human being, that he should change his mind. Does he speak and then not act? Does he promise and not fulfill?’” (Num. 23;19)

In Scripture, God gives us several examples of this principle in order to prove the gravity of the point. Despite even rash words uttered by kings, those kings were not able to revoke their words at a later date – even though they might want to.

In the book of Esther, for example, we’re told that King Xerxes gave a seven-day banquet in Susa during which the men drank “as much as they pleased”. After several days of drinking, it is probably safe to conclude that Xerxes was “much in his cups” so he decides to send for Queen Vashti for a little entertainment. Xerxes orders that the queen appear, complete with the royal crown on her head, so that he could show off her beauty to all of the men gathered. However, Queen Vashti refuses to appear (1:11-12).

Now while commentators offer various explanations for this refusal of hers – some rather interesting – we don’t really know why she didn’t show. Some say that the order by the king included instructions for Queen Vashti to appear wearing only the crown (which, admittedly, would show off all her beauty); others say that it was a grievous breach of custom for a woman to appear before an assembly of men; and still others say that Vashti was having the equivalent of a hissy fit and refused to be treated like a mindless Barbie doll.

I doubt the latter.

When she doesn’t appear – whatever the reason – Xerxes is angry and demands to know what penalty the law provides for a queen who refuses to obey the king’s orders. His officials, concerned that Vashti’s example would give the wives of the kingdom permission to disrespect their own husbands, counsel the king to issue a written decree that Queen Vashti should be forever banished from the king’s presence and a new queen should be chosen. Xerxes, thinking this suggestion makes good sense, sends letters to every province in his empire proclaiming that every husband should be the ruler of his home (1:19-22). In other words, he put it in writing.

Nevertheless, the Bible tells us that “when Xerxes’ anger cooled,” he begins to think about Vashti and the decree he had made, the implication being that he regrets his decision to banish her. Still, he cannot revoke the decree so his officials suggest a beauty pageant to find another queen (2:1-4).

Fast forward several months after Esther is chosen to be the new queen: Haman, who hated the Jews, talks Xerxes into issuing a written decree to have them all killed on a certain date. Xerxes, not realizing that Esther is Jewish, agrees and, once again, puts his decree into writing and sends it far and wide throughout the kingdom (3:8-15). Later, once he discovers that his beloved Esther is Jewish and, along with her people, will be slaughtered, he grieves because he can’t revoke any decree that he has put into writing. In order to solve the problem, he has to issue a new decree giving the Jews permission to defend themselves (chapter 8). The king specifically tells Esther and Mordecai, “’But remember that whatever is written in the king’s name and sealed with his ring can never be revoked’” (8:8).

Revoking his Word is the one thing God cannot do.

“’For as the rain and the snow come down from heaven, and do not return there without watering the earth and making it bear and sprout, and furnishing seed to the sower and bread to the eater; so will My word be which goes forth from My mouth; it will not return to Me empty, without accomplishing what I desire, and without succeeding in the matter for which I sent it’” (Is. 55:10-11).

Has God made you a promise concerning your future? Do not take it lightly for God does not promise what he does not fulfill.

“For the vision is yet for the appointed time; it hastens toward the goal and it will not fail. Though it tarries, wait for it; for it will certainly come, it will not delay” (Hab. 2:3).

Previous post
What’s Up with “Image” Ads? How NOT to Market Your Business.
Next post
Blessing. Your Destiny Depends On it.

Does Your Dream Need A “Do-Over”?