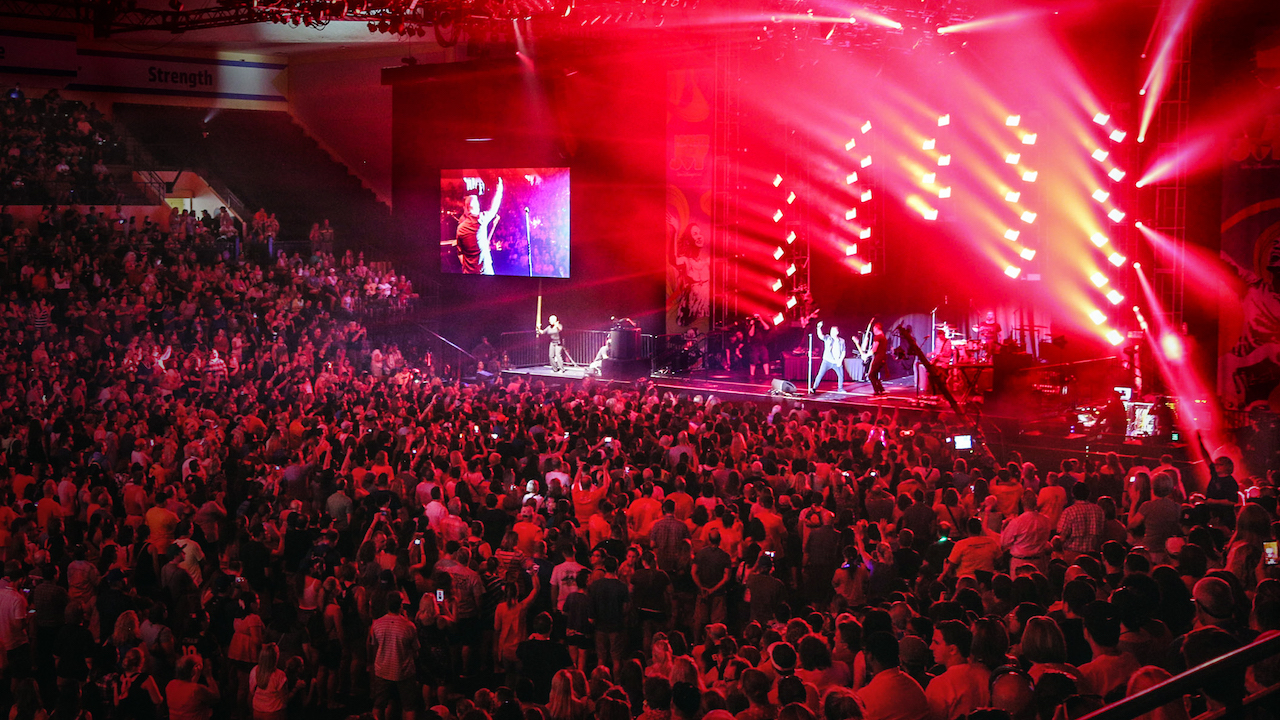 Recently I saw the movie I Can Only Imagine about Bart Millard who co-founded the band MercyMe and wrote that incredible song. The thing is, he wasn’t supposed to be able to do that. His whole childhood, he was brutally abused by a father who regularly beat him to a pulp and served it up with a blistering side of condemnation for his hopes and dreams. “You can’t do that” and “You’re not good enough” were never-ending proclamations over Bart. Not that mom helped any; she abandoned Bart when he was ten, leaving him all alone with his abusive father.

Still, Bart never gave up on his dreams. Being a big guy, he played football in high school and dreamed of a career in the NFL—until the day he suffered a grave injury, ending that dream. Dad’s only comment? “You were never good enough anyway.”

God wasn’t kidding when he says, “‘For my thoughts are not your thoughts, neither are your ways my ways’” (Is. 55:8). This means that God’s thoughts are incomprehensible to us and, as a result, many times we can’t make sense of why he does what he does.

Moreover, God loves to take what we think we know and dump those assumptions on their heads.

For example, we know what we’re good at, our strengths, our talents, our giftings—and we play to those. Nothing wrong with that. But then along comes God and decides that what we really need to be doing is that one thing we have no talent for, we’re terrified of doing, we’ve failed at doing, and/or we’ve been told we’ll never be “good enough” to succeed at doing.

Fast forward:  While recovering, Bart is persuaded (by a pretty girl—no surprise) to join a chorus class—where he refuses to sing—which is how he ends up being the sound techie for the choir. Ironically enough, his music teacher overhears Bart singing one day and so, without his knowledge, casts him into the lead of “Oklahoma”. Bart is livid but she refuses to take no for an answer and a star is born. But does dad come to hear Bart sing? Of course not.

Finally comes the day when Bart graduates and moves out. He and the band go on the road, and eventually, MercyMe begins to gain some recognition and a fan base. One night, several top record execs show up at one of their shows to check them out and Bart and his boys are so excited; this would be their big break! The execs’ response? “You’re not good enough. You just don’t have what it takes.” And they weren’t even nice about it!

What was that? It seemed that God had steered Bart from the path he’d chosen for himself—football—and detoured him to the path, the destiny, that God had for him—music. Then it all blew up into nothing. But why?

Moses experienced the same. God told him to go back to Egypt to speak to Pharaoh and warn him to “let My people go.” Moses’ response? “You’ve got the wrong guy!” Then he began to list all the reasons he wasn’t qualified to deliver any message to Pharaoh: He’d been rejected by the Hebrews, he couldn’t speak well, and Pharaoh would never listen to him anyway. In fact, Moses protested for so long that God finally allowed his brother Aaron to be Moses’ spokesperson.

So Moses and Aaron traveled all the way back to Egypt and appeared before Pharaoh, delivered the mail, and Pharaoh, terrified, immediately released all of the Israelites to Moses.

Wrong. Nothing went right in that little scenario. Pharaoh was livid and the Israelites ended up working harder and being treated more brutally than ever before.

Ever had that happen?

Have you ever argued with God about why you’re not qualified to do that thing he’s obviously calling you to do? Not talented enough? No degree? Might get laughed at? Disqualified because of your past? How about you just don’t want to?

Here’s a thought: Don’t ever tell God what you won’t do; I think he takes that as a personal challenge.

When I was in junior high and high school, I hated it. I was bullied mercilessly back in the day when there was no help for victims except “suck up and deal.” That didn’t work for me and so I graduated hoping and praying that college would be different and I’d never again have to relive the terrors that I’d survived during those years. And when I say “survived,” I’m not exaggerating. At 14, I was pushed out in front of a car and spent 2½ months in the hospital with a head injury and in traction with a busted femur. So when God called me to teach high school, I was less than compliant.

Looking back, it’s interesting that he didn’t even bring it up until long after I’d already graduated from college—ten years after high school. Even so, once I went back to college for an education degree, I had, of course, to student teach. And that experience turned out to be such a nightmare that, once through it, I was absolutely and unequivocally over it. The students had behaved so badly—deliberately rebellious and disruptive and actually downright mean—that I finished out the eight weeks and never looked back.

I’d obviously misheard God and been mistaken—horribly mistaken—to think that he would call me to go anywhere near a school ever again. And so I didn’t teach for ten years after that.

But still… God never stopped calling. He allowed me to wander and hide during those years but he never quit.

“God’s gifts and call are irrevocable” (Heb. 11:29)—no matter how far we run, how badly we feel, or how terrified we are.

None of that matters to God. He sees only the gold buried deep inside of you, the “diamond in the rough,” the beautiful pearl that’s taken decades to form.

He sees you. And he’s chosen you. Only you can do that job or write that book or run that business or parent that child or impact that group of people the way he wants it done.

But only you can answer his call; no one else can do it for you. Don’t look back someday and regret that you didn’t say yes, that you didn’t at least try that thing he’s created you to do. And on the journey, no matter how scary, just remember one thing: It’s up to you to say yes. After that, it’s all on him.

But that’s another principle for another day…

The One Thing God Cannot Do.