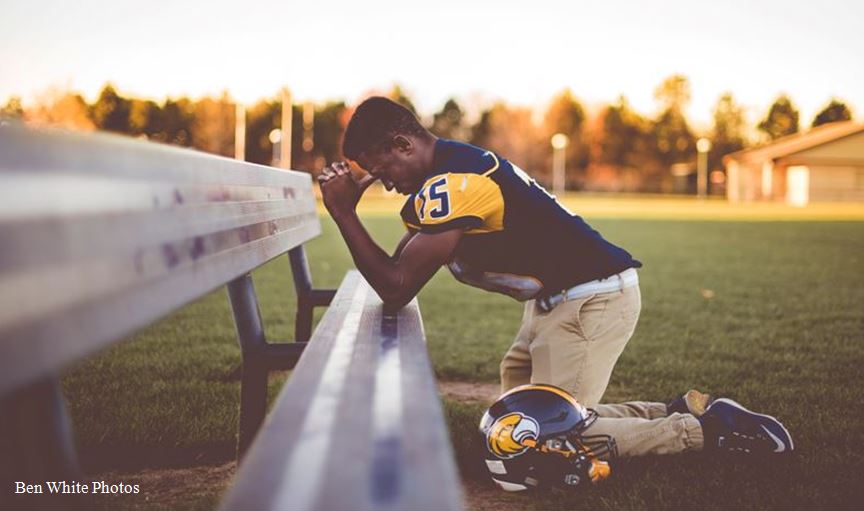 Picture this: a ten-month old, precariously gripping the edge of a coffee table, contemplates the wisdom of letting go and testing this new mode of transportation: feet. As daddy coaxes and coos, Little Guy finally decides “What the heck!” and lets go, tipping and toddling his way toward the goal line, thereby achieving his longest distance ever—1.5 steps! It would’ve been two steps if his toe hadn’t gotten in the way, but daddy doesn’t care—tears are drizzling, video is streaming, and Little Guy is an immediate FB superstar. To celebrate, daddy immediately signs him up for Pee Wee football. After all, he has a month to train.

How about this: Joey, a 7th grader, gets an A on his first biology test. The next day, he applies to med school.

Dumb? Probably. But still, hundreds, thousands—even millions of people do it every day: get ahead of themselves. Of course, the average 7th grader doesn’t apply to med school, and I can’t remember the last time a toddler scored a TD, but others jump right into things they’re not remotely ready for.

Maybe we think we can jump right into the big time, but we won’t stay there long.

“Do not despise the day of small beginnings for the Lord rejoices to see the work begin” (Zech. 4:10).

God rarely begins a person on the highway to his or her destiny in a big way. Not that He can’t, but there is much to be learned on the road from small to big. And depending on what our dreams and destinies are, lessons will vary.

For example, how to manage people is a big lesson for anyone wanting to head up an organization, manage a department or own their own business. Businesses rarely begin with more than a handful of employees so that owners learn how to hire wisely, manage workers with the right balance of respect and authority, and handle personnel problems. Imagine trying to learn all of that with dozens of employees.

Or a military service member—he or she begins as the lowest-ranked soldier or officer and grows into more responsibility through promotion. To begin as an admiral or general would probably not work.

Many other examples come to mind. Talents for writing or music or art must be developed; one begins small, writing for a school paper, performing a music recital, or painting a school mural.

“Do not despise the day of small beginnings.”

We often want to start big and then get frustrated when we can’t. Or, we get tired of working, practicing, doing and re-doing and so we quit, thinking the dream will never happen. But here’s a principle: The bigger the destiny, the longer the prep time. Oak trees take decades to become full grown. Masters take decades to perfect their crafts. Multi-million dollar companies take years to become that profitable.

The fact is that to appreciate the value of “small beginnings,” we have to realize that all of life is about “becoming.”

The Bible’s King David, for example, spent years by himself learning to shepherd sheep and fight lions and bears. Afterward, he spent 16 years hiding in caves from Saul who wanted to kill him. What did he learn from all that trauma?  Warfare, leadership and honor. And what did he become?  A mighty warrior and a king.

Both Joseph and Esther are examples as well.

Joseph was sold into slavery to a rich Egyptian (not fair), during which time he rose to favor for his ability to organize, grow, and prosper his master’s entire estate and business. Esther, likewise, was kidnapped and cast into a Persian king’s harem in an impossible-odds contest to become his queen (also not fair). But what did both Joseph and Esther learn in their prisons? They mastered the foreign languages, cultures, customs, and upper class etiquette of a foreign people. In addition, Joseph learned large-scale people management and government leadership skills because God was training him to become an administrator and Egypt’s second in command to Pharaoh. Esther learned a great deal about how to navigate the politics of a royal court—intel she needed in order to function as queen and save her people from total annihilation.

So—what do David, Joseph and Esther all have in common?

They all made the best of their humble situations by doing the best they could do. They exhibited grace, excellence and honor despite long seasons of obscurity, opposition, grueling work, and demanding tests of faith. But here’s the endgame: each was promoted to royalty.

Not one of them despised their days of small beginnings nor did they reject the prep time critical to the success of their assignments from the Lord.

Lesson? Don’t be discouraged at the small beginnings of your dream or destiny. Granted, it can seem overwhelming when you envision how far you have to go but, as Michael Hyatt says, “Just do the next thing in front of you.”

The bottom line: You can’t do what you were called to do later until you learn to build on what you can do now.