Burlap Weddings: A Symbol of Something Larger? 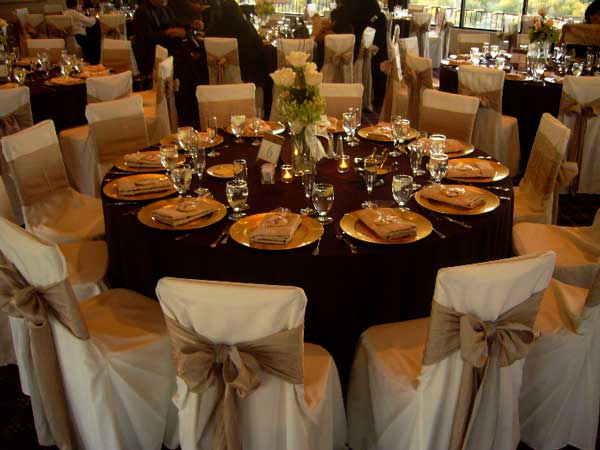 BURLAP WEDDINGS: A SYMBOL OF SOMETHING LARGER?

Right now, the very fabric of our society is being shredded for want of respect among its members. Lack of respect breeds all manner of nasty sentiments and behaviors in people: resentment, rebellion, gossip and slander, arrogance, and certainly division. And the key factor in all of it? Many people who refuse to show respect toward a person (or persons) feel entitled to their behavior. And the rationale? The person hasn’t “earned” it.

So—the big debate surrounding respect: Is it owed or is it earned?

Once upon a time, respect was the default position toward another simply because he or she was a fellow human being. “Please,” “thank you,” and “after you” were all common expressions. But not so much anymore. Is it so surprising then that civility has seemed to go the way of the wringer washer and the icebox? Too often people fail even to pay each other the basic courtesy of polite listening, especially in view of a difference of opinion. Instead, the arguing ensues, along with name-calling, a generous helping of mockery and, in some not-so-extreme-anymore cases, even violence results.

It’s interesting (to me, at least) to talk to teens today and pick their brains about respect. Almost without exception, they’re adamant that they will respect an adult only if they feel that that adult deserves their respect. Then I move on to share stories of a “once-upon-a-time” when gentlemen would show respect to ladies by opening doors for them or holding a chair for them to be seated. After much face-making and expressions of disgust, I inevitably hear comments from boys like, “That’s stupid!” and “She can hold her own door!” Girls, for their parts, sometimes get downright belligerent at the thought that they should endure a man holding a door for them. “I can do it myself!” seems to be the consensus. And forget standing when an elderly person enters a room—how dare anyone even suggest anything so demeaning! (“Why should I stand up for some old person?”) I know. So outrageous.

Nevertheless, it was once widely believed that respect was owed to a position because of the authority it represented more so than to the person occupying the position. For example, students would show respect to teachers simply because they were teachers or the public would show respect to policemen simply because they were policemen. Note I said folks would “show” respect, not necessarily feel it. Today that’s all changed.

Many people now believe that their inward feelings are the criteria for determining whether or not one shows respect, not any outward criteria like job or position.

Ask any parent, pastor, teacher, principal, judge or policeman—anyone charged with enforcing rules or maintaining order—and they will tell you that positional authority is now passé. People will respect authority only when they “like” the person holding the position of authority.

Respect for positional authority seems to be much out of vogue these days.

Okay, disclaimer: That’s not to say that authority should never be challenged because left unchecked, bad things happen. But is an auto-default to disrespect and ridicule and rebellion the only answer? Only if we want division to rule and reign in the marriage or the family or the streets or the nation.

So is that what people really want? Do people want to be living in a barbarian climate where respect and civility are deceased and the funeral long over? Do people really like to see screaming and rioting and chaos in the public squares? I don’t believe so. And here’s why: In the past ten years, a trend has surfaced in the wedding industry—which, you wouldn’t think, would be at all related to respect (and which, for the life of me, at first I couldn’t explain). But I believe this trend is much indicative of something larger happening in our nation.

The wedding industry is being overrun with burlap and mason jars as wedding décor.

Why on earth, I wondered, would brides prefer burlap tablecloths over satin, or mason jars over crystal? Especially on the one day in a lifetime which is elevated above all others? Wouldn’t brides want something unique on their wedding day? Wouldn’t they want something dazzling, something exquisite, something thoroughly uncommon to honor the concept of matrimony?

I puzzled over the trend until my brain hurt; it just didn’t make any sense. Then one day, as I was talking with a girl about her preference for “rustic,” it hit me: it wasn’t just the burlap she wanted, it was the idea behind the burlap. It was the yearning for “the good old days,” the return to more simplistic morals and values—or maybe a return to morals and values in the first place. Burlap symbolized, to her, all the nostalgic ideals so lacking in our society today—honor, commitment and, yes, respect.

Maybe the concept of respect is not a shiny, new “modern” idea. Maybe it’s more old-fashioned but—here’s a thought—maybe it’s not the threat to civilization many presume it to be. In fact, maybe it’s even okay (dare I say “right”) to respect our spouses and pastors and policeman once more. Maybe respect really is the foundation of civilization the way we once believed it to be. So if that’s true, let’s all lift a mason jar to the possibility that the notion of respect might, in fact, be back in style.

Perhaps the concept of respect actually deserves a little respect of its own.