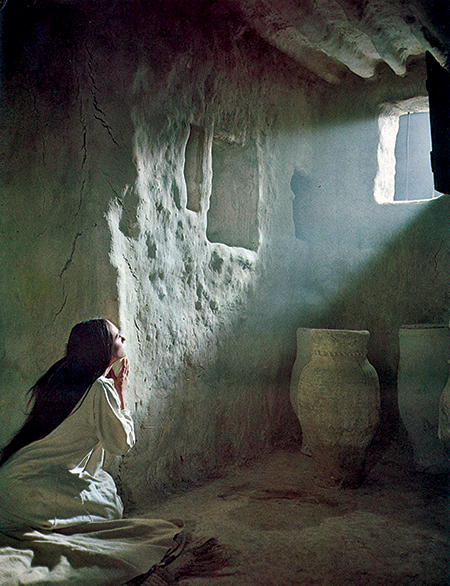 As we close out Christmas, one more lesson from the manger: Even in the perfect will of God, things can go very wrong. At least – from our perspective. But just because it’s “going wrong” doesn’t mean it’s not God. Let’s break it down.

The archangel Gabriel appeared to Mary with a message that God had chosen her to be the mother of the Son of God. Then he asked if she was willing. Many times I have written about Mary’s response: “’May it be done unto me as you have said.’” This essentially means that Mary was giving the okay to being a pregnant – and unmarried – woman in a society not at all warmhearted to such a situation.

Mary’s response fascinates me – such faith in the midst of a very clear cost to her: we know what Mary must have foreseen before she agreed. No doubt she’d be branded a liar regarding the whole angel tale, plus she’d have a knock-down, drag-out fight with mom and dad. And that would be the best-case scenario. At worst, she’d be disowned by her parents and she’d no doubt lose Joseph after being branded an adulteress. (She was engaged to Joseph which, in the Jewish society, was as good as married.) Following that, her prospects for a husband would be less than zero, and she might also find herself ex-communicated from the village or even stoned to death after the birth of the baby.

Her words humble me. Would I be able to trust God if He asked such a momentous thing of me? Of course, I would like to think so, but . . .

With all of the potential for tragedy in this situation, I imagine no one believed Mary when she said her pregnancy was the will of God. Surely (we tend to think), God’s will would never be fraught with so much shame, disgrace and controversy! Right? Moreover (we also tend to think), God would never ask so much of one of His children. “Therefore,” (we conclude) “this can’t be God!” Hammer down.

Fast forward several months: Mary visits Elizabeth. Now we don’t really know whether Mary would’ve visited Elizabeth anyway or whether Mary was “encouraged” to get out of Dodge. But bottom line: growing up, I’m certain that while Mary imagined, as all young girls do, what her future marriage and motherhood would be like, I’m fairly certain she never, in her wildest nightmares, ever imagined this little scenario. Nevertheless, in the midst of the shame and trauma, Joseph and Mary do get married. And the sigh of relief is heard throughout the land: certainly the worst is over . . .

Well, maybe . . . not. Suddenly, Joseph is faced with a rather unexpected census requiring that he and Mary travel to Bethlehem – and Mary nine months pregnant and riding on a donkey and in winter. I can hear her mother now:“Are you sure this is God?? This can’t be God!”

It was though. And while Mary and Joseph were no doubt wondering at the timing of things, they were certain that God would get them both to Bethlehem safely and provide a nice place for them to stay . . .

However, God had different plans. And they didn’t involve a warm, clean, private hotel room or a competent mid-wife or even a relative or two to drop by with a congratulatory bouquet. No. Rather, Jesus was born unattended in the midst of winter in a cold, dark stable, surrounded, not by loving family, but by smelly cows, sheep, and maybe a chicken or two.

Do you ever wonder whether Joseph may have had a moment of doubt? Certainly God’s plan to bring the Messiah into the world would be less complicated and – scary? Mary would, of course, reassure Joseph, and they would conclude that now that the baby had come, things would surely be easier. Right?

Except for King Herod.

The next thing Joseph and Mary know, they’re headed across the desert – on a donkey – fleeing a king who’d vowed to kill their baby.

Joseph, Mary and Jesus stayed in Egypt for several years before returning to Israel after the death of Herod. In all that time, they lived far away from family and friends and from everything familiar to them. The people were foreign, the food was foreign, the customs were foreign – even the language must’ve been a challenge. Plus, Mary and Joseph would’ve had to find a whole new place to live and Joseph would’ve had to find a job to support his young family. Moreover, they were far from their temple and the free worship of the one true God, living in the middle of a pagan nation full of idol worshippers.

Was this God-forsaken country any place to raise the Son of God??

Would God really do that?

Hindsight being what it is, we now know that all of that was God, and we can see His plan and purpose in the midst of all the seeming nonsensical circumstances that surrounded the birth of Jesus Christ. Is it possible, then, that God’s plans for our destinies might possibly be laced, here and there, with bits and pieces of unrest, trauma, drama, fear, conflict, danger – even tragedy?

The fact is, chasing our God-given destiny is not for the faint of heart.

But from that long-ago manger, we can receive the assurance of knowing that just because a situation is not problem-free doesn’t mean it’s not God.

Mary’s situation makes me wonder: What happens when God presents us with a choice to pursue a destiny that will, no doubt, change our lives forever – no matter our response? If we agree to God’s request, will we be able to handle what is sure to come: the unforeseen circumstances, the hard challenges – even the scorching tests of faith? On the other hand, if we refuse, will we be able to live with the regret? We know the answer.

“May it be done unto me as you have said.”

Previous post
Your Mission? Just Have Fun.
Next post
The One New Year’s Resolution We Can’t Afford NOT to Make