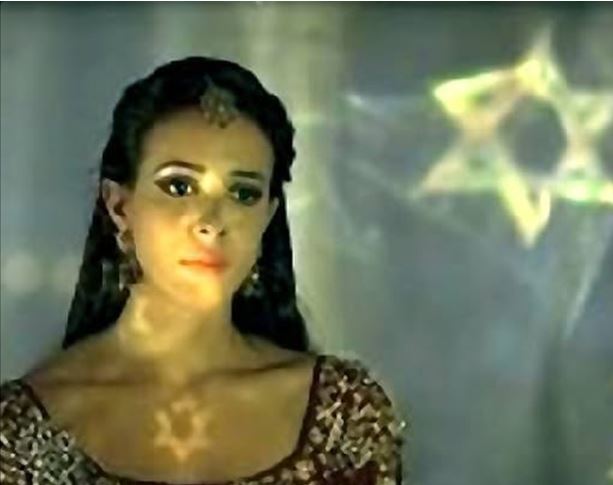 THAT MOMENT OF DESTINY.  At least once in our lives, there comes a moment when we have to say something that, once said, will change everything, forever. Moreover, we know that once we say that thing, we can’t unsay it or take it back or get a do-over. We may fight with ourselves over saying it—but we lose. We may try to talk ourselves out of it—but we fail. We may try to delay the inevitable—but we can’t. We may wish that things could stay the same—except we know that they’ll never be the same again.

But we also know one other thing—the only thing worse than things changing forever will be if they don’t.

I’ll never be able to prove it but I believe Queen Esther felt that way. Do you ever wonder why, after inviting King Xerxes to the very special banquet she’d prepared to set the stage to petition him to save her people and herself, she didn’t say a word that night—except “’Will you come to another banquet tomorrow?’”

Backstory: King Xerxes, world ruler of Persia, is persuaded to make a rash decree that, on an appointed day eight months from then, anyone who cared to could go on a killing spree to slaughter and obliterate all Jews anywhere in the Persian empire (all 127 different countries of it). The man behind that suggestion to the king was the wicked Haman who hated all Jews everywhere. Little does he know, though, that Queen Esther is Jewish. The problem is that the king doesn’t know it either. And the bigger problem is that, were he to find out, he still wouldn’t be able to cancel the decree because, according to Persian law, once a king made a decree, even he could not revoke it afterward. So—Esther sets out to educate the king as to what this means for her and her people: unequivocal annihilation of the Jewish race. However, in order to plead her case, Esther must approach the king in the throne room uninvited, which is simply not done. Queen or no queen, she could be executed for such presumption should the king not extend to her the scepter of mercy. But she knows that.

Nevertheless, Esther approaches the king and he extends the scepter and promises to grant her petition, even up to half his kingdom. But does she tell him of the plot against herself and her people? Not quite yet…

Many believe that Esther held her tongue because Haman was such a powerful political figure, even more powerful than she—which meant that she wasn’t out of danger quite yet. So instead of accusing Haman in the courtroom, she moves the battle to her own turf, to her own private apartments. Fair enough. But having done so, then she still doesn’t tell the king that she, his beloved queen, is about to die. (And don’t think Haman wouldn’t have had her killed.)

I don’t believe Esther was silent because she was afraid of dying; she’d already come to terms with the possibility that her destiny might require her to sacrifice her life when she resolved that “’If I perish, I perish.’” I suspect rather that Esther postponed the conversation simply because she knew that no matter what happened after she told the king her story—whether he believed her or not—things in the kingdom would never be the same again. And Esther wanted just one more night of intimacy, of peace, of normalcy with her husband.

Have we ever done that? Have we ever avoided that moment of destiny because, no matter how we respond, nothing will ever be the same again?

That “moment of destiny” is often our greatest test. When faced with the most challenging moment of our lives, what will we say?

A chaste, unmarried, Jewish virgin is told by the angel Gabriel that God had chosen her to be the mother of the Messiah. Wouldn’t that be every young Jewish maiden’s dream? Maybe. But Mary knows what happens to unmarried pregnant women: outcast, abandoned, even stoned to death—so what will she say? It’s her moment of destiny, and Mary responds, “’Let it be done unto me as you have said.’” Regardless of her answer though, Mary knew nothing could ever be the same again. She would either be the most honored woman of all time—or the most disgraced.

Abraham was commanded by God to take his son Isaac and sacrifice him on the altar. As he takes his son and goes, Isaac asks him why they weren’t bringing an animal for the sacrifice. That moment—knowing his beloved son was the sacrifice—was the most heart-shattering moment of Abraham’s life and his greatest test; what would he say? “’God will provide the sacrifice.’” Even so, Abraham knew that, regardless of his answer, nothing would ever be the same again. I suspect he might have feared that he would go home either without his son or without his God.

And Jesus. When faced with his moment of destiny in the Garden of Gethsemane, he asks God to take the cup of crucifixion from him but then says, “’Not my will but your will be done.’” He knew full well what would happen if he submitted to his Father’s plan of salvation—he would die an excruciatingly painful death. And he knew full well what would happen to us if he did not. One way or the other, he knew that nothing would ever be the same again.

You will have your moment of destiny. What will you say?