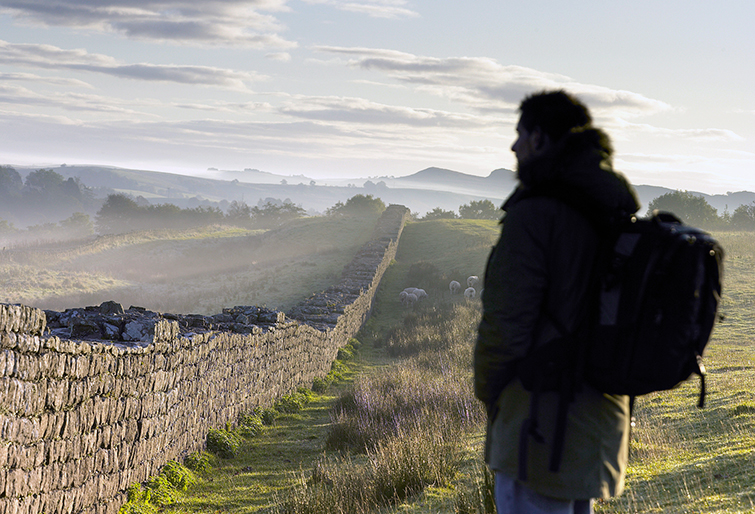 This week, I hit a wall. I had a huge disappointment in terms of a goal I’d been working toward for months—and frankly, it was crushing. I questioned everything I thought I knew about anything: what I was doing, what I was supposed to be doing, what God wanted me doing—or didn’t want me doing. Now I find myself at a crossroads: to continue or not to continue—that is the question. In seeking the answer, I returned to what I know. Here’s what I know…

Sometime, somewhere, we’ll encounter some massive roadblock. I will. You will. There will be a point in the pursuit of your goals during which something goes wrong or people say you can’t do that thing or you feel overwhelmed with the scope of the task or you simply get tired of working, working, working and waiting for something to break your way. You’ll run into adversity or out of money, resources, time, energy—even faith.

Welcome to “The Wall”.

The Wall is any seemingly insurmountable obstacle, which, by definition, simply means “game over”. So the question then becomes—then what? Is the game over? Is the dream dead? Was the vision only a mirage? Is our very destiny teetering on the precipice of doom? Maybe.

But before you throw in the proverbial towel, it’s time to hit the War Room. Now, I’m not talking about the war room in the movie War Room—although stopping by that room to pray is highly recommended. But no, I’m talking about your other war room – the one which every military general has, the one in which your strategy is conceived, planned, and from there, implemented.  It’s the room in which you “map the dream,” “plan the work and then work the plan” and, sometimes, “go back to the drawing board”.

Everybody who’s ever achieved his destiny has a “War Room”.

Don’t have a war room? Maybe you do. War rooms go by other names, too: board rooms, conference rooms, “think tank” rooms—all places where people meet to brainstorm, “hash out,” and make decisions regarding ideas, problems/solutions, and tactics. Chances are very good that you have one at work or even at home. It’s where the dream/vision/goal is tracked, nurtured and, if necessary, revised, repackaged, remarketed and re-released.

But mostly, the war room is the place where you go when you need to fight through and you need the resources to help you to fight through. It’s where you come up with a strategy to get around The Wall—somehow, some way: climb over it, dig under it, tunnel through it or, my personal favorite, blow it up.

So what’s a war room like? Well, if you’ve ever seen one, there are maps all over the room – lots of them. That’s because winning a war requires taking territory and maps are essential for determining which territories you already possess and which you want to possess. In terms of our dreams and visions, a map then would be the equivalent of a vision board or a goal chart. What are our goals? Which ones have we already achieved? Which ones do we want to achieve? These goals need to be clearly articulated and clearly visible.

Sometimes the best way to depict a goal is through a picture. Some people, in pursuing their fitness goals, post pics of people who have the waistline or muscle mass they want to have. Or someone who’s trying to save money toward a goal might post a picture of a car or house or vacation spot. Someone working toward a career goal might post a picture of someone doing the job she wants or even (you’ll think I’m so shallow) the salary she’ll earn. Use pictures or statistics or words to illustrate your goals – just make them visible.

Next you need a plan: how, specifically, will you achieve your goal? In our school district, I’m part of a team which designs and implements what we call, appropriately enough, our district-wide “Strategic Plan.” We meet in a conference room and everything. But the point is we create a plan with goals, steps for meeting those goals, and a timeframe within which those goals should be met. We meet occasionally to evaluate and, if necessary, tweak the plan.

But what if you hit The Wall—what then? First and foremost – define the problem. What is it, how serious is it, who’s involved and who or what might be impacted? Next, what are all of the potential consequences of the problem? Go to worse-case scenarios: what happens if? And don’t skip any of them. Odd as it sounds, I like this step; I like mapping out all of the potential problems with a vision and/or the ways that a dream could fail. Why? Because it’s really true that the fear of the unknown is scarier than the actual reality. In other words, in identifying the ways something could go wrong, we often find that the worst-case scenarios aren’t as bad as we might have imagined. And, as importantly, it gives us a chance to plan strategies “just in case” the worst happens.

For example, what if we own a business and we run short of money to keep it going? Brainstorm: What are worst-case scenarios? Would we have to close up shop? Would failure mean bankruptcy? What are the possible ways to get more money? Loans or investors or partnerships? What’s the game plan if we can’t get more those ways? Cut backs on products/services or staff? A raise in prices on products/services? Point? Don’t wait until you hit The Wall to try to solve the problem—especially if pre-consideration of potential problems might prevent them.

Does all of those “presupposing” make you a worrywart or pessimist? Not necessarily—unless after considering what might happen, you walk around expecting it to happen. For example, before I bought any stocks (not that I have a lot), I considered the possibility that, given the market’s history, it might crash before I retire (someday). Does that mean I expect it to crash; do I go to bed scared at night? No. It simply means I haven’t invested more than I can afford to lose.

“Acceptable risk”—another war room strategy: What can you afford to lose without resulting in total failure or ruin? Think resources: money, time, energy? Are relationships or health at risk, etc.?

All of these considerations are why we need a war room to offset The Wall. Obstacles will happen. Even Jesus said tribulation would come. So get ready for it.

What’s going down when you and The Wall collide? Will it be you—or the wall?