You’re the Mirror On the Wall. 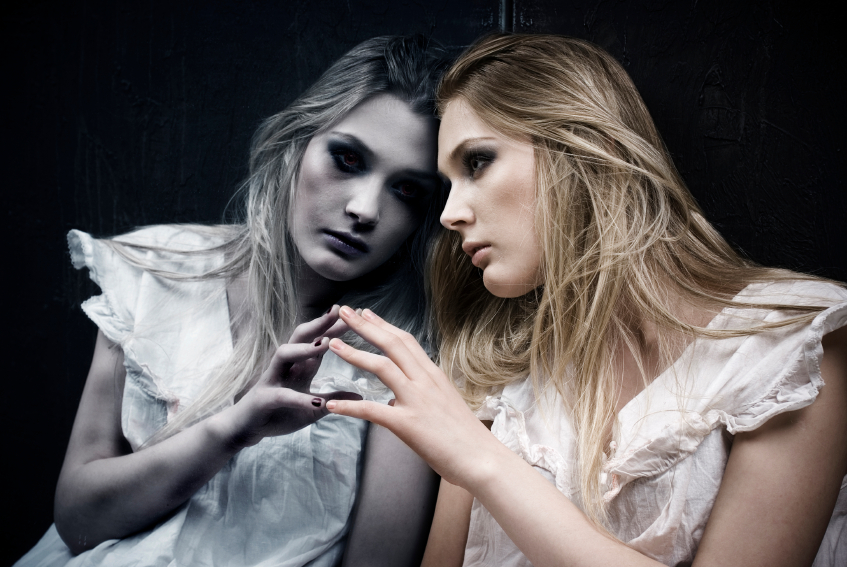 Recently, two things happened that made me think. I was listening to a student lamenting, in tears, that her boyfriend had just broken up with her. What to say? Can’t really say he’s a jerk (might’ve thought it) and probably shouldn’t suggest that she’ll be over him in a month (a week?). So I said the only thing I could think of (that was true): “You’re such a pretty girl—he’s going to regret this!”

Her response? “I am not pretty!”

Me:  “Trust me—you’re beautiful! I wouldn’t lie about that.”

Now before I get tons of hate mail for being so shallow as to focus exclusively on her outward appearance, we all know (and let’s not pretend we don’t) that when a breakup happens, a girl needs a little boost to her confidence—and “you’re such a nice girl” doesn’t quite cut it. So I told her the truth: that she’s a beautiful girl and that whatever the breakup was about, it wasn’t about that. What amazed me was that she not only didn’t know she’s pretty, but she truly thought of herself as ugly.

Fast forward to a different day—I was working with another girl who was trying to make up work for a failed English class so that she could get the course credit and graduate. In the course of our conversation, she informed me how “dumb” she was.

Lesson to me? So many people see themselves as inadequate or unworthy or “dumb” or “ugly” or useless or “bad” or as epic fails. And these destructive self-images have led to an epidemic of depression, despair, hopelessness, and even rage. Then, because of attempts to lessen or mask those feelings, we’ve seen an exponential explosion of alcoholism, drug abuse, “relationship hopping” and worse.

It’s tragic that the only moments of relief, “happiness” or seeming hope some people ever experience is from a needle in the arm or the bottom of a bottle.

And so it’s time for us to step up and share with people what they obviously don’t yet know: “You have a destiny. You were born for a reason, and you have a purpose to fulfill.” Period. ”

We don’t need a PhD or a biblical degree or permission from our mommies, our pastors or the U.S. Senate to do it. If we have a voice, then we are qualified to encourage another human being.

And know what else?

We may each encourage others in different ways, but we can all do it. Maybe it’s a written word of encouragement—a card or a text; maybe it’s a plate of cookies or a simple thumbs-up. Maybe it’s a present—a paint set because you see a talent for art or a set of tools because someone is a budding builder. Maybe it’s an encouragement regarding some personality trait that’s somehow not being used as intended…

Many times I’ve pulled aside a disruptive student and told him that he has leadership skills—he’s just using them the wrong way. Or the kid who loves to argue—a future lawyer? Just today I informed a student that he has the potential to make a lot of money someday in a courtroom because of his ability to argue the spots off a leopard. (Although I did have to break it to him that that wasn’t happening today.)

We can all do it—tell someone they have a destiny; too many people just don’t believe that they’ve been planted on this rock for a reason, for a specific purpose that no one else will ever be able to fulfill. They simply don’t think they really matter all that much.

Still, I can hear it now—dismal echoes of doom wafting across the miles: “But I can’t! I’m no good at that!” However, the truth is that you could be. How much talent does it take to pat someone on the back and tell him “great job” or to write a note letting someone know you’re thinking of her or to cheer someone along as he does the scary job interview thing?  The point is, you can do it. And you should. Someone, somewhere, needs you.

You do know that, don’t you?