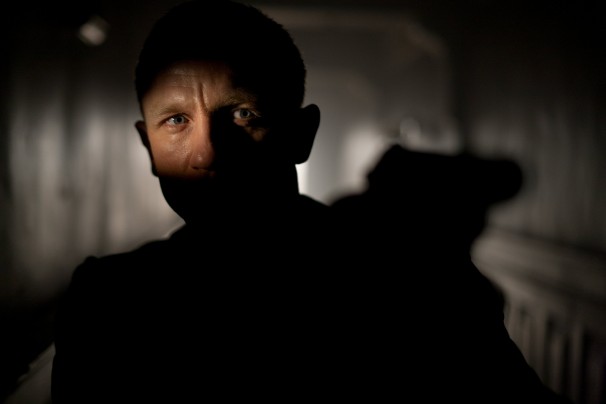 If I had to choose which among the principles of success is the most crucial, I would say that having – or not – the psychological advantage in any given situation is the key to determining success or failure.

But what’s a “psychological advantage”? It’s that feeling you get when you know you’re winning and you feel better, smarter, more capable than any obstacle you may face. It is, in short, when you simply have no doubt that you’re going to accomplish or win at anything you might attempt.

We all know the principle of psych advantage. In sports it’s often known as “momentum”. The moment the “momentum” shifts in a game, you know it, the team gaining it knows it, and the team that’s losing it certainly knows it. For example, the other night I was watching a college basketball game and one team was significantly ahead; they had the momentum. However, at one point the other team began to go on a scoring run. After about three unimpeded field goals – during which the winning team scored nothing – everyone could feel the momentum shift. Granted, the winning team was still ahead, but the losing team was gaining. And here’s the key: the winning team was no longer certain they were going to win the game and, at that point, the losing team suddenly felt that they could win it.

You may have heard it expressed this way:

“Success is a state of mind. If you want success, start thinking of yourself as a success.” (Dr. Joyce Brothers)

“Attitude is a little thing that makes a big difference.” (Winston Churchill)

“As long as you’re going to be thinking anyway, think big.” (Donald Trump)

I’ve even heard this one:

“In every relationship, there is the alpha dog and the beta dog. I’m the alpha dog.”      (comedy What To Expect When You’re Expecting)

There are many other adages which express the need for the psychological advantage in order to win. The point is that that advantage is the one thing, without which, we won’t succeed. We may not initially have the opportunity or money or education or support of others or any other thing that we might need to succeed, but if we believe that we will have them, then we have the psychological advantage.

So – how do we get that psych advantage?

Identity. Knowing our identity might be, by far, the most essential thing needed to attain the advantage because this is the one thing that no one can take away from you. In other words, know who you are. You have to believe in your own identity which includes your capability to achieve your goal – no matter how impossible that goal may look or how many times you might have failed. You have to believe that, because of what’s in you, you have the talent or the resources to succeed. But here’s the challenge: you may not feel like you have what it takes and if you let those feelings dictate who you are and therefore what you do, then you’ve lost the psychological advantage.

For example, as American citizens, we have an identity backed by the irrefutable authority of the United States Constitution. This means that because of our citizenship – our identity – we have certain “inalienable rights” that no one can take away from us. The right to life (we can’t be executed on someone’s whim), the right to free speech, and the right to “due process” are a few. And, as American citizens, we can never lose these rights – regardless of what anyone says to the contrary.

In the Christian context, the Word of God says that “God seated Jesus in the highest position in the universe, at His Own right hand, and made Him head over all things” (Eph. 1:22) and that God “raised us up together, and made us sit together in heavenly places in Christ Jesus. . . .” (Eph. 2:6). Interpretation: Christ defeated death and the powers of darkness and then sat down, meaning, as He said, “’It is finished’”. Moreover, He’s chosen to seat us with him – above the enemy and all of his minions.

The problem is that the number of Christians who really believe this are in the minority. But if we were to focus on our identity rather than our feelings, we would have that psychological advantage – and it would never leave us.

Persistence. Another critical thing that we need to give us the psych advantage is the mindset that we won’t ever quit. You know the drill: “Winners never quit, and quitters never win.” It’s all true. But why would we quit? Lack of preparation, lack of resources, lack of personal support as well as a myriad of emotional cement shoes: discouragement, fear, insecurity, fatigue, boredom. Any of these can shipwreck our psychological advantage – if we let them.

So how do we fight those? First, if we’re lacking resources, we continue working on getting that prep or money or support until we have them and if we can’t bring ourselves to do that, it’s because we’re being tripped up by our emotions. If so, we need to deal with those first. And that goes back to identity: Who do you believe you are? If you’re talented and passionate about doing “that thing,” then just keep doing it. Period.

Think about it. What would you do if you quit? I’ll tell you: you’d be miserable.

Success. Odd as it might sound, the only other thing that can nuke our psych advantage is achieving success – and then thinking we can never lose it. If we quit being hard-working and diligent and giving it our best, then our momentum might just shift to the person who is giving it all they have. We’ve all seen sports teams who get sloppy, believing they can’t be beat – and then they are. Avoid that.

The bottom line is that if you don’t have the psych advantage going into your challenge, then stop what you’re doing and think about where you lost it. Thing number one: Make your momentum shift happen.

No one’s ever succeeded without the psych advantage.

Previous post
Is It Time for A Revision of Your Vision?
Next post
Those Mysterious Open Doors . . .