Is It Time for A Revision of Your Vision? 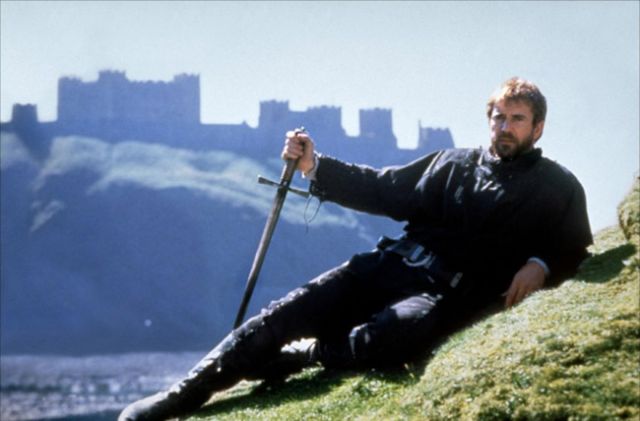 As many of us have realized as we travel the road through life – especially if we’ve been on that road for any length of time – sometimes the road deviates and we find ourselves on a different path than we expected to be on. Sometimes we find ourselves on little bunny trails which end up leading right back to where we wandered off in the first place, and sometimes the road takes us someplace entirely new. The thing about that is we never know how it’s going to turn out. But you know what they say about the “road less taken”? Take it.

Having said all that, some of you noticed that I didn’t post on Monday – which I normally do. And I was going to – I had no plans not to – until Sunday evening when I sat just listening for what the Lord might say to me for the new year and suddenly, there it was: “Cut the posts back to once a week.”

“Really?” I wasn’t certain I’d heard right. “Is that really You, Lord?”

I won’t verbatim the whole conversion but the gist is that God wants me working on a revision of a book I’ve written and, in the interest of complete honesty, I was trying to avoid that. Really trying. Hard. It’s going to be an epic task requiring lots of changes and rewriting and frankly, I just wanted to do something new.

Have you ever gotten to the place where you’re just tired of working on something you’ve been working on for a long time and you just want to move on? Probably. We all have. But we learn endurance and all that – you know the drill.

However, I think (scratch that – I know) that the real reason I didn’t want to do any revision on the book was because I simply didn’t know what to do. I knew it needed some changes but, as I said to the Lord, “I got nothing.” And then He showed me something that changed everything.

“No, the word ‘revision’. You like taking words apart. Take it apart.”

“I’m going to give you a new vision for this book.”

And so it’s begun. I sat down on Monday, January 2nd, and worked on the book until after dark, trusting God for the new direction He wants to take it. The funny thing is, as I was listening and writing and listening, I realized that it was on January 2nd several years ago that I first received the idea for this book.

What are the odds?

However, even though I’m working on a book that I thought was finished, I might still have had time to post twice a week – except that, in addition to the book, I’ll be working on another assignment. I have a friend to whom, many years ago, God had given a vision for a type of ministry but, in the years since, she’s  not had time to implement it. As a result, her vision ended up “on the shelf” as so many of our visions often do. Yet it was just this past weekend when she had a sudden revelation that, after all these years, it’s now “go” time for that vision to come to life. The fun thing is that I get to be a part of it – but it will take time.

Sometimes, a new year brings a new season. And, as with all new seasons, things change. For me, because posting on both Mondays and Thursdays takes several hours a week which I won’t have anymore, I’ll now be posting on Thursdays exclusively until – well, until I’m told otherwise. And in the meantime, I’ll be listening for any shift in the wind.

I’m reminded of a scene from one of my favorite plays, Shakespeare’s Hamlet. In it, Hamlet’s best friend, Horatio, tells Hamlet that if he feels he should not do something, then he should follow his instincts. But Hamlet admonishes Horatio that he’ll do no such thing because God controls everything, even “’the fall of a sparrow’”. If something is supposed to happen now, Hamlet says, it will and if it’s supposed to happen later, then it won’t happen now. (Act V, scene ii)

What about your vision? Is the Lord saying something to you for this year about reviving it, revising it or even about moving on to a whole new vision?

As Prince Hamlet once said, “’The readiness is all.’”