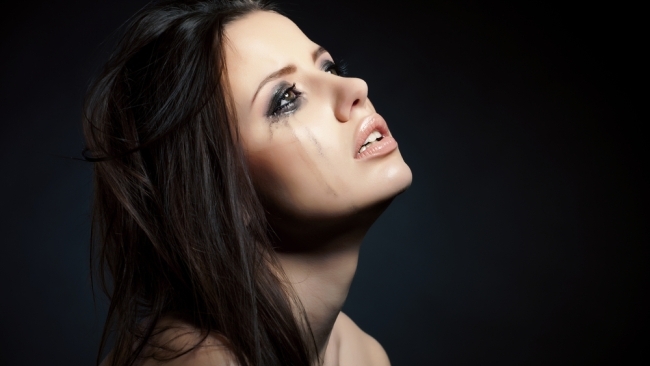 Toni Morrison once said, “People will forget what you say and do, but they will always remember the way you made them feel.” No doubt that statement is true, but what’s the deal behind it? Is it to remind people to be kind—even when expressing a hard truth? Or is it to say that we should avoid any mention of life’s hard truths because they might make someone feel badly? Knowing Morrison’s work, I believe her intent is to remind us to be kind because in her writing, she takes on some hard truths. I seriously doubt she was telling us to avoid them.

Nevertheless, this sentiment that feelings are now the new standard by which we judge truth has become the mantra of a generation:

Am I exaggerating? I wish.

The problem with that kind of thinking is that it puts countless numbers of people and concepts into the “evil” category because what they say or symbolize can make us feel, well, “bad”. The fact is that sometimes the truth can hurt—which is what motivates us to change. So what would happen if we did away with conventional standards of truth and went with the “feel-good” variety? And what if this thinking were to become the new standard of behavior and morality instead of, say, the Ten Commandments or the Constitution? How would our thinking shift? Let’s explore a few pages in the (entirely theoretical) New Standards Handbook, shall we?

My conscience must be evil because it makes me feel bad about myself on a regular basis. Every dang time I try to do something I like, I get this little ping in my head which means, “Don’t do that. It’s bad.” I don’t like that ping. I should just ignore it. That way I would never feel sad about anything ever again. In fact, I think we should all just ignore our consciences. They’re outdated anyway—we’ve evolved enough as human beings that we don’t even need them anymore. And I’m sure God would agree. Oh, and about God…

God is good and all—don’t get me wrong. But he can make you feel pretty horrible sometimes. All of that “Thou shalt not” stuff—it’s not fun. And that “hell” thing? Why does he have to bring that up? It’s scary. And it makes me want to cry. Not that I would ever go there, mind you, but what about all of those evil people who say all those things that just make you feel so rotten? They could end up there and it makes me feel horrible just thinking about it. So let’s not think about it—or talk about it, either. In fact, we should forbid people to talk about it. That way no one will ever have to feel bad. Ever.

They tell me I had great parents but now I’m not so certain. After all, they made me feel bad lots of times. Lots of times. And it wasn’t always just my feelings that got hurt—sometimes other body parts ended up hurting, too. That’s evil. It must be. Sure, I grew up, went to college—even graduated. And granted, I’ve been able to get a good job and keep it—and I haven’t ever committed a felony or anything or even been to jail (other than to visit a relative whose parents weren’t as mean). But still, when dad told me after college that I couldn’t be in a band and that I had to get a real job—do you have any idea how that made me feel?? And when I told my father what I thought of his totally unsupportive attitude, my mother called me disrespectful! That’s name-calling. That is so rude!

The only thing I have to say about that over-rated document is that the things in it only apply to citizens. That is so wrong. How do you think un-citizens feel? They can’t even plead the 5th!  Again—just wrong. And you know what else?  Somewhere in there it says that “free speech” means you can say anything about anyone—even if it’s mean!  That’s also wrong. What we really need is an amendment to end that—people should not be allowed to say mean things. In fact, there should be a list of things people shouldn’t be allowed to say. Or do…

People should not be allowed to do things that can make people feel bad. Like employment evaluations or grades: Did you know that every day in America hundreds of thousands of people cry because they’ve received a mean evaluation from a boss or teacher?? That is simply evil. Speeding tickets can also make you feel bad. Oh, and having to show ID should be banned because if you have an ugly picture, well, you just shouldn’t have to show it. That would be mean. The same with doing foul shots in gym class—you shouldn’t have to because what if you can’t? Then you’d feel bad. And also…

Of course, none of the above is real. I can’t even imagine how terrified I would feel if any of it were true—it would be like a page from The Dying Days of the Roman Empire. Thankfully, there’s no correlation. At all. I made it all up.

Still, there are two things that are true, and it would do us well to remember them. First thing: our feelings are not the standard for truth. Second thing: while it’s true that people may attach some emotion to the thought of you, no one can “make” you feel anything. Your feelings are a choice you make.

Or maybe that’s the first thing.