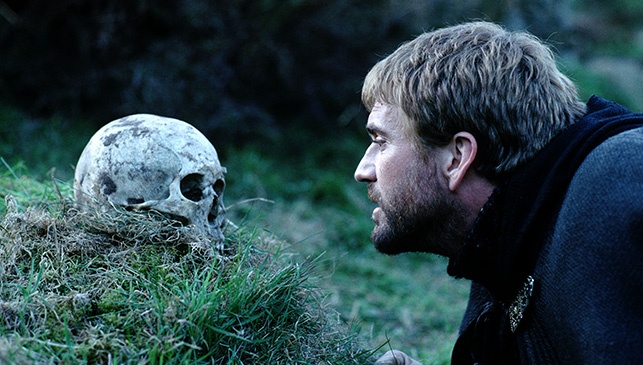 Awhile back when the high school English modules were released upon the earth, I found myself most unhappy. Those modules made about as much sense as selling ice in Antarctica. In fact, it seemed that they were written by people who probably believed in hobbits; they simply had no basis in reality. And the modules were just wrong; instructions were numbered 1, 3, 4 (there was no 2); supplemental social studies’ texts were mistakenly inserted as English texts—it just went on and on. And to add insult to injury, the idiotic things were scripted, meaning we had to follow them verbatim, no deviation. At all. And if we didn’t follow them, no doubt the stock market would crash or Planet X would collide with earth or some such evil thing.

The bottom line? I reached a point where I was done. I told God that—for several months—and sadly, I wasn’t kidding. I simply didn’t understand how to use something that made so little sense. I felt, for the first time in fifteen years of teaching that I couldn’t do the job. However, what God did was totally unexpected and I didn’t necessarily get it at the time.

Paradoxes are those things that seem to contradict one another but really don’t. The Bible is full of them like “you must die to live” and “the more you give [away], the more you get.” Things that are easy to understand—just not always for a decade or so. Still, those are fairly common principles so we’re kind of used to them. But there’s another paradox that we may not be quite as familiar with, aka:

The “Take A Dive” Principle

This principle means that to “go higher,” you must first “go lower.” Now lots of us tend to think of that principle in terms of humbling ourselves.

We rarely think about it when we find ourselves involuntarily brought low through some cruel—and completely unauthorized by us—situation in life.

And that’s what happened to me; I was sent to the middle school to teach reading to 7th and 8th graders who—you guessed it—couldn’t read.

Now you’d think that by 7th and 8th grade, kids would be able to read. That’s what I thought. But apparently not. So there I went, to the realm of the “little kids”. But the horror! I’d be teaching some book about somebody’s underpants or something—instead of Shakespeare or Bradbury! Had I done something wrong? Had I gone and ticked somebody off? Had I died and gone, well—you know where…?

What had God done to me??

Actually, as I came to find out, he’d bailed me out. No modules. That’s correct—none. In other words, the pressure of trying to teach complete blather was gone. In the end, maybe I wasn’t teaching Hamlet, but it turns out I didn’t have to teach Captain Underpants either. (Evidently, that’s for the 5th grade teachers to enjoy.)

A Prerequisite to Promotion

All throughout the Word of God, we see this principle in action. For instance, Joseph (Jacob’s son), was brought low in the extreme when he went from being his father’s favorite son to being sold as a slave. And from there it just got worse. In the end, however, he was promoted to second-in-command of Egypt.

Another example is Sarah, Abraham’s wife, who couldn’t have a baby. Back in that day, an inability to have children was looked upon as a defect in a woman so Sarah suffered that shame for decades until she was long past the age where she could even hope to have a child. And yet what happened? God happened. Sarah not only became a mom in her (very) old age, but she became the mother of nations.

Just let that sink in.

Jesus himself was brought low for a greater purpose. He was born under a cloud of dark suspicion; after all, it was whispered that Joseph wasn’t really his father. And trust me, that was a black mark on his name and reputation that would plague him his whole life. Add to that the fact that he didn’t just die, he was executed as a criminal. And he wasn’t just executed, he was hung on a tree. In those days, to be hung was an actual curse reserved for those considered unredeemable. But his humiliation was all part of God’s plan to save us and to exult him to the highest place of honor over all creation—forever.

Oh, and there was Moses, too—back side of the desert for forty years before being promoted to the greatest prophet in the Bible… You get the pic.

It might not look good for you right now—you might be in a position where you’ve been lowered, demoted, shunned, and/or humiliated. But instead of feeling like a failure, think about this instead: God often takes people low before lifting them to heights beyond what they could ever have hoped or dreamed. I can tell you. I’m back at the high school part of the day now—and yes, I’m teaching Shakespeare. But there’s not a module in sight.

It may look like the end of the world and the situation you’re experiencing might feel like an actual death. But in God’s economy, the tomb is only a temporary stop on the way to miracles.