When God Is Silent 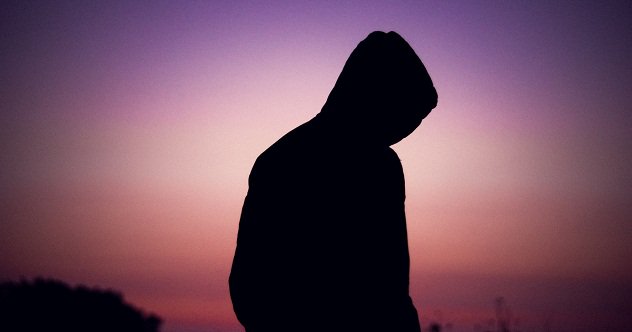 WHEN GOD IS SILENT

I recently talked with a teenager I’ll call Dave who is not only angry at God, but claims not to believe in him at all. In other words, he quit God. This is because when Dave was younger and needed God in a very serious situation, he says God ignored him. He says he prayed and prayed and God refused to help him. Quite honestly, I didn’t know what to say to Dave because, while he didn’t share the situation with me, I sensed it went beyond your usual teenage trauma, and I didn’t want to give some pat answer that might trivialize his situation or pain. Lots of responses popped into my head about “God testing our faith” or “God using this when you’re older,” but I knew he wouldn’t understand. Lots of times as adults, we don’t understand: Why doesn’t God answer us when we need him so desperately and we’re praying our hearts out and yet all we hear is crickets?

This is one of the primary questions we ask when we’re hurting and God seemingly doesn’t answer: If God really cared about me, he’d answer my prayers, he’d deliver me.

And yet, he doesn’t. At least, not in the way we would think. But in the midst of our pain and suffering—or, sometimes worse yet, the pain and suffering of someone we love—we see it that way. All we want is for the pain to stop. It might be physical pain, or illness, or emotional pain, or addiction, or broken relationships, or even perhaps a need for provision and yet we feel left hanging. God has let us down.

But has he? There are some important principles to consider in those seasons of life that, whether they’re easy principles to accept or not, are true. I know. I’ve been through my share of heartache so I wouldn’t serve up some sorry cliché as an answer but, since the dust has settled, I have found some things to be truth.

We all know the scripture where God says, “’My ways are not your ways, and My thoughts not your thoughts,’” and we give it lip service. And we know the scripture that says, “’For I know the plans I have for you,’ says the Lord. ‘Plans for good and not for evil, plans to give you a future and a hope.’” We nod our heads and exclaim, “We know that!” But when the pink slip comes or the kid goes prodigal or the marriage hits the fan or the diagnosis rocks us to the core, are we really thinking, “God has a plan!” Not probably. The thing is, he does. Still, because his way of thinking is far beyond our capacity to comprehend it, we don’t understand. Sometimes, after the fallout, we can look back and we get it, but in the season, we can feel abandoned and betrayed by the One who says he loves us. Maybe, like Dave, we quit God. After all, that’ll show him. But what’s it really show him? That we truly don’t believe anymore or that we’re trying to get through to him how devastated we are by his apparent tune-out? Sometimes we have a tantrum, much like a kid who yells at a parent, “I hate you.” But they don’t really. They just don’t understand their mom or dad’s thinking in the moment. You know what they say? “The older I get, the smarter my parents get.” Why? Because as we mature, we can see their big-picture reasoning for not giving us what we thought, as children, we had to have.

Losing a loved one seems like the exception to the rule. “How can you say that God has a plan when my loved one died?” That was God’s plan?? That’s just insane!

I dare because I get it.

So what was God’s plan there? Sometimes it’s not about the person who died—here comes the cliché—they’re in a better place. Rather, sometimes it’s about us and how that tragedy changes us to change the world. Who knew that when John Walsh’s son was kidnapped and murdered, John would end up helping hundreds, if not thousands, of other children be saved by starting the TV show “America’s Most Wanted?” Who knew that after Abe Lincoln had lost election after election (probably close to a dozen), lost his fiancée and his parents, filed for bankruptcy, and had a nervous breakdown, that he would end up being the president who ended slavery in this nation? Who knew that Abraham and Sarah, after suffering the heartbreak and shame of infertility for decades would one day be the birth of a nation and the father and mother of millions of people who thrive to this day?

God knew. And he knows his purpose for your tragedy and heartache, too.

Yes, I know: “We have the mind of Christ.” But that doesn’t mean that every day, in all things, we understand God’s eternal mindset. Our stunted perspective limits our understanding of why trials and tribulations happen. Here’s one thing I do know:

This life on earth is just the beginning of our eternities—our missions and our purposes do not end when we die.

You may not feel it now—in fact, you may doubt it now, but nonetheless, it’s true. Our emotions and limited understanding do not shape reality or change the truth that God loves us more than we can possibly imagine. Even if we’ve pitched that fit and called God names and quit him in the midst of our confusion and pain, he still loves us.

He still loves you.

How do I know? Because there was a day when God purposefully created you. You weren’t just part of some mass package of human beings that fell off some random assembly line, but there was a moment when God deliberately and uniquely created you because he wanted you. And that’s the truth.

One day we’ll understand the mysteries of the pain and tears that we suffer now and we’ll even understand the reason for God’s silence on occasion. Sometimes it’s simply so that we’ll dig deeper to know him more and believe it or not, knowing him trumps every other thing on earth.

In those moments when God is silent, know that he will not forever be. There’ll come a day—even in this lifetime—when we’ll hear him say, “Well done, thou good and faithful one.” And that’s all that will matter.

The Myth of the Mid-Life Crisis