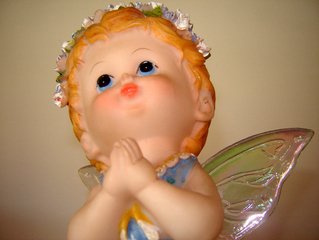 I once heard a tale about a very successful businessman who made his company decisions in a very unique way. He would go into a tiny, closet-like room, close the door, ask the Lord what to do—and wait. He wouldn’t come out of that room until he heard the Lord give him very specific directions.

Did I mention he was very successful?

Instead, “collusion” has the sense of conspiring in secret to accomplish some great mission that the rest of the world does not yet know about. You know—the stuff of thrillers and spies and secret ops (minus the brandy and cigars).

The kind of thing that often happens in a prayer closet.

Our destinies are like that. A custom-made plan and purpose that only we and God together can concoct to impact the earth in a huge way—much like a meteor, steered by God, collides with the planet, leaving a huge crater in its wake. Only in a good way.

We, being sons of God, the body of Christ, carrying the resurrection power of the Almighty, the wisdom of the Holy Spirit, and the hope of glory for the whole world—why shouldn’t we be powers to be reckoned with? Why shouldn’t we be the ones to impact the earth, influence billions of people, and shake the heavens?

Why shouldn’t we rock the world?

I’ve learned the secret of colluding with God the less-than-easy way. (I’ve learned a lot that way.) After many years (decades?) of colluding with myself to “reason” the best move to make or enterprise to undertake in any life or business decision, I’ve come to the conclusion that “doing what makes sense” hasn’t always proved to be the smart thing. In fact, in learning to collude with God, I have to admit that he often comes up with ways of doing things that I never, in a million years, would ever have dreamed up.

So where is this “secret place”? Not that it’s a secret—but I don’t have one tiny closet that I habitually lock into but rather a couple of special places that are conducive to listening. One is in my living room. Now, that won’t work for everyone but since I don’t have a dozen kidlets running around, it works for me. Directly across from the couch I sit on when in listening mode is another sofa and there are times, I swear, when I’m sitting in silence, listening, and I almost see him sitting there, just across from me. Other times, during my planning period at school (when the planning’s all been done, of course), I’ll turn off the bright lights and just wait, and I can feel the presence of God right there in the classroom. The room vibrates with stillness.

Have you ever prayed and prayed and prayed about something, sometimes for years and decades—and you just get tired? The thought of seeking heaven even one more time seems comparable to scaling Mount Everest with an ice pick, and the idea that that one more prayer is going to make one iota of difference in the vast recesses of the universe seems about as likely as your cat bringing your slippers.

I have to confess: I have.

Prayer and intercession can be draining—in body, soul and spirit. The energy to “keep on” praying in the midst of long waits for answers sometimes vanishes and—let’s be brutally honest— you almost dread having to pray because it’s the same thing, over and over a-gain.

But what if you didn’t have to pray for the same thing, all the time? What if, when you got into your secret place with God, like the businessman, you and God colluded together to accomplish your destiny, to fulfill the purpose for which you were born? And—here’s the exciting part—to seek those wildly creative ideas that God has for you to fulfill those assignments?

This past summer when I was working on my novel, I reached a couple of places where I just didn’t know where to go next. I simply couldn’t, on my own, think of the next plot twist that wouldn’t be boring, cliché-ish, or already written by someone else. So, I decided I was going to do something differently. Instead of praying and then assuming that whatever I came up with next would be the big plot revelation sent from God, it occurred to me that, after praying, I should just sit and wait until I heard God tell me what was going to happen next. And I have to say, I waited—for two weeks. But waiting paid off; what he gave me is based on a real-life bit of history that I didn’t even know had ever happened—which meant I couldn’t have dreamed it up if I’d tried. And it was so much better than anything I could have concocted that I can’t wait to get started listening for the next novel he has in mind.

Waiting on God for the specific choices, decisions and steps to accomplish our destinies makes their fulfillment so much sweeter for having colluded with God to achieve them. That “colluding” is the true meaning of “co-laboring with Christ”. The fact is, God doesn’t want to do the work for us; he wants to do it with us. And here’s a mind-bender: Doing it that way is as exciting for him as it is for us. When we get with God, we’ll discover that what’s possible is far more than we can even ask or think.

That’s the power of colluding with God.