Feeling Alone On the Shelf? 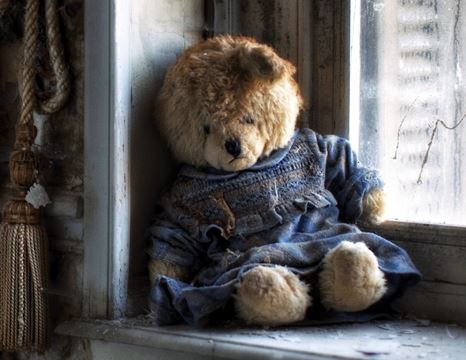 What do these numbers represent? Years. Each of these people did years – decades, even – of seat time before God deemed that they were prepared enough to launch into their destinies.

How long have you been sitting on the shelf of your dreams, collecting dust and wondering why it’s just not happening? Maybe you haven’t even made it to the shelf yet because you don’t have any idea what your purpose is or why you were even born.

The Son of God waited for 30 years before He was released into ministry.

The truth is that it’s all about the prep time.

What we, from human perspectives, have trouble comprehending is that the knowledge, wisdom and skills we gain here on earth won’t be used simply for the 80 or so years we’re assigned to Planet Rock, but rather we’ll be applying that prep for all eternity.

Some say that we won’t work after we die because work was meant to be a punishment. However, Adam and Eve worked before the Fall, caring for the plants and animals in Eden. Granted, they enjoyed working there but that’s a different point. The significant thing is that they worked. God had prepped them for a job by giving them dominion over all creation and they kept busy exercising that. That their work was enjoyable and fulfilling is the nature of “work” in paradise. Work didn’t become a grind until sin entered the world. God also worked when He created creation. How do we know? Because we’re told that He rested on the seventh day.

Through the centuries, there’s been all manner of speculation regarding precisely what we’ll be doing when we get to heaven. Of course, that depends. Remember, however, that before we take permanent residence in heaven, Christ will rule as King here on earth for a thousand years. During that time there will be a government – so there will be people serving in governmental positions. You may recall Jesus promising His servants that they would rule over cities based on their faithfulness on earth. The Bible also says that during that time, there will be no war and that people will turn their weapons into ploughshares. The need for farm tools would imply that there will be seed planted and crops harvested during those 1000 years. Otherwise, we’d be beating our swords into golf clubs and basketball hoops. Not that we won’t be doing those things. If you coach now, you’ll probably be doing it then.

Will people need to go to school? I would think there’ll be all kinds of schools: reading, writing, math, certainly, for those who haven’t had the opportunity to gain that knowledge yet – and make no mistake – millions in the world today have not had the chance to get even basic education. In addition, there’ll be thousands of Bible teachers all over the world instructing people in every nation in both the elementary and the deep things of God. And there’ll be pastors and worship leaders, too. I imagine as well that there’ll be instructors for many of our current subjects: languages; writing and music and art and cinema and dance; contracting and construction; businesses of all kinds; media and entertainment and sports – you name it. The difference will be that all of those industries will operate in honesty, integrity, and faithfulness to the Lord.

But fear not – there will be plenty to do in that millennium.

What about when we actually get to heaven? Will there be any work to do there? I don’t know exactly, but from the accounts of people who’ve visited there, no one’s idle. Johnny Cash and June Carter Cash have been spotted leading worship – just proof that we continue to do in heaven what we’ve been gifted and prepped to do here on earth. Who knows? Maybe there are other planets on which we’ll minister with our giftings as well. (Disclaimer: the Bible does not say that. I’m just using my God-given imagination.) Remember: it’s never too late to develop our giftings, no matter how old we might be. Case in point – my dad graduated with his Master’s degree at the age of 75.

So – take that class, get that degree, open that business, write that book. And don’t be discouraged thinking that you’re too old or that the “prep time” is taking too long. You’ll be off that shelf and using what you’ve learned before you know it.