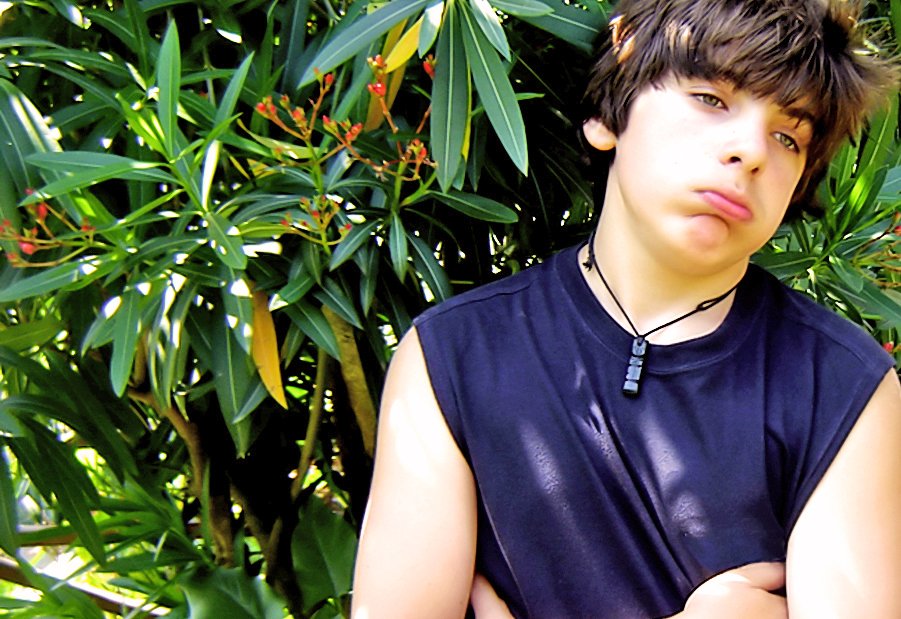 When my kids were little (and even not so little), we played a little game. Not that it was all that fun but apparently they enjoyed it because they played it all the time. Evidently, the rules involved one or both of them—double-teaming is always an option—asking me for something to which I would say “no”. “No, you can’t stay up till midnight,” or “No, you can’t skip school to play video games,” or just plain “NO.” And that’s when the fun would happen. Basically, the object of the game was to get mom to say yes. And there were lots of strategies to win the game…

There’d be the whining, as in, “C’MON, MOM! YOU PROMISED!” (I didn’t.) This tactic was often accompanied by puppy-dog eyes or followed up with, “I SWEAR I’LL NEVER ASK YOU FOR ANYTHING EVER AGAIN!” (If only…)

There’d be the appeal to the Constitution. “THAT’S NOT FAIR—I HAVE RIGHTS!”  “Not until you’re 18. In the meantime, you’re suffering under the delusion that this is a democracy.”

There’d be the guilt trip. “I’LL JUST DIE IF YOU DON’T BUY ME THE THOUSAND-DOLLAR SNEAKERS!”  “Problem solved. I guess you won’t need the sneakers.”

There’d be the deal-making. “IF YOU LET ME GO WITH DAMIAN TO SHOOT BB’s AT OLD PEOPLE, I SWEAR I’LL TAKE OUT THE TRASH NEXT MONTH!”  “How about this for a compromise: You skip the devil’s spawn and take the trash out now.”

There’d be the accusations. “YOU’RE THE WORST MOTHER ON EARTH!”  “And several planets.”

And as a last resort, there’d be the tantrum. This involved no real words (or none that I should publish)—although there would be yelling, much foot stomping, and even the occasional head bang on the wall (theirs, not mine). Ultimately, there’d be the evitable melt-into-a-puddle-on-the-floor scene. My response?

No means NO. Repeat as necessary.

Why is it so difficult for people to accept the concept of “NO”? And it’s not just children—although I see way too much of the above in school every single day. Rather, it’s also adults. And not only do adults not accept “no” from other human beings, but a “no” from God often also seems to be perceived as just another option in the salad bar of life.

Still, while adults don’t throw tantrums per se over the word “no,” we do seem to have our own adult versions of rejecting a “NO” from God: Sure, we plead, we bargain, and we appeal to His “fairness,” but when that doesn’t work, some among us have even been known to try to lay a guilt trip on God by sobbing hysterically or punching a wall because, well—that’ll show Him. So, a tantrum is not entirely out of the question; it’ll just look a little differently than kids’ tantrums. Often an adult tantrum takes the form of the old-fashioned freeze-out: I just won’t talk to God for a while and that’ll show Him. And God’s response?

The Lord is unchangeable. That means that if we don’t like his “no,” it doesn’t matter; it’s not going to change. He doesn’t cave to the manipulation of deal-making, accusations, cold shoulders, tantrums or even the threats to quit him and go all atheist. Instead our choices are either that we adjust our attitudes and accept the “no” or—we don’t. There aren’t any other options. And if we reject his “no” and then plow on ahead to do or get that thing anyway, that means this: We will reap the consequences of rejecting his instructions. Why? Because he’s mean? No. We’ll reap the consequences because there are consequences to reap; God doesn’t say “no” just to amuse himself—he says “no” because there’s something bad lurking at the end of the shadowy tunnel. Deadly even.

We live in a culture where the word “no” doesn’t really mean “no.” Rather it’s a signal that it’s time to begin the negotiations—whatever manipulative form those might take. Nobody really means “no” anymore—so they say—which is why we now have the “Me Too” movement, the Anti-Bullying movement, and rioting in the streets: When we hear “no,” like spoiled children, we simply turn up the heat a couple hundred degrees to force the issue and get what we want. As a result, anarchy becomes the norm and—not to get too political—drug laws mean nothing, borders and boundaries mean nothing, and even crime convictions mean almost nothing.

When we compromise the word “no,” chaos and lawlessness rule—in our families, in our schools, and certainly in our streets. Moreover, the refusal to accept a “no” will destroy us as well; we’ll morph to self-centered and selfish little people having maturity levels on par with a titsey fly. The result across the board? Wrecked and ruined lives. And all because we refuse to accept the word “no.”

The word “no”—regardless of whether it’s decreed from God, mom or Uncle Sam—is often all that stands between us and abject misery.

Perhaps it’s time we pay a little more homage to the word “NO”.

Previous post
No Death, No Resurrection.
Next post
You Have the Right to Remain Silent—and to Speak Freely