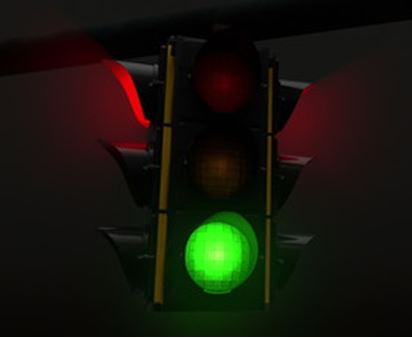 Have you ever wanted to follow a dream so you asked God if you could—you were essentially asking permission—and then you waited? And waited. And waited. There was no angel Gabriel appearing with a message in the dead of night. God didn’t give you a prophetic word—even though you hit ten prophetic meetings in two weeks time (you know you did). And then there was the fleece: you said something like, “Okay, God, if the sun rises tomorrow, I’ll know You’re saying ‘yes,’ and if it doesn’t, it’s a ‘no’. Got it.” And then the sun didn’t rise so you kept asking because that wasn’t what you wanted to hear.

Jesus told a parable about a rich man who had three servants to whom he announced that he would be going away for an extended period of time. But before leaving, the master gave each of the servants talents ($) to invest, saying that upon his return, he would expect to see a return on his investment. Then he gave a different number of talents to each servant according to his abilities. But it’s not the number of talents that’s important; the way the servants invested them was the point.

The key thing in this parable is that the master distributed the talents—and then left. The servants weren’t able to call him on his cell or message him or email him to ask what they should do.

The master gave them the freedom to do whatever they thought was best with their talents—as long as the results benefited his kingdom.

So what did they do? The best they knew how to do. Except for one of them.

When the master returned, he was pleased to find that two of the servants had invested their talents and produced a return. But the third had not; he’d simply hidden his talent and then handed it back. The master, not pleased, asked him why. The man’s response?  “I was afraid.” Unfortunately for him, that was not an acceptable excuse to the master.

Want a message from God: He’d much rather have you try and fail than never to try at all.

The light is green until it’s red.

The fact is that God wants us to move forward and if we’re headed in the wrong direction, He’ll throw up the road block or close a door (or something).

One time, I had an interesting experience to prove that very point. I’d decided I wanted to take an on-line writing course but it was a little pricey. So—should I or shouldn’t I? I checked in with the Lord, but really didn’t hear anything and registration was about to close. So I made an executive decision: believing the course to be a benefit, I registered and paid for it. By the next morning, however, I still hadn’t received any links to the course or even a receipt for payment, so I emailed the folks in charge and asked about it. Someone emailed back, saying that they had no record of my registration or payment.

Though they invited me to re-register, I took the hint from the Lord and decided that now was evidently not the time. I believe I probably will take the course at some point but, in the meantime, I keep moving. As Pastor Paul Wagner used to say, “God can’t steer a parked car.”

“But,” you argue, “what if I try and fail?”  You probably will. Everybody does. (It builds character). But then you get back up and try again.

Over the years, I’ve seen people move forward and follow their dreams—regardless of failure. My family once moved to another state after my father retired from the military because he’d had a job offer. However, it didn’t work out and we moved back to NY. No harm, no foul. I tried a business one time and discovered it really wasn’t what I thought it would be and while I lost some money in the process, it was an “acceptable loss.” The “acceptable loss” principle is huge when making a big decision and can often make clear whether you should move forward with a dream or not.

An “acceptable loss” is simply an assessment of what, if anything, you can afford to lose if a situation doesn’t work out. For example, if you invest money in a dream, is it an amount you can afford to lose if it doesn’t work out?  If not, then don’t do it. If you take a new job, are its requirements something you can deliver?  If not, red light. I once turned down a job as a promotional director at a television station because I found out that it would require evenings and weekends (as well as days) and with a baby and a toddler at home, I decided that their well-being was not an acceptable risk.

Here’s a guideline: if you’re considering doing something life-changing that can’t be undone without a lot of damage and casualties, don’t charge in where angels fear to tread; seek God— and, yes, wait. (We all end up there from time to time.)

So—if your dream is an acceptable risk—meaning you can fall down or even fail without irreparable damage—then why not try? As Nathan once said to David, “Go and do all that is in your heart for the Lord is with you” (I Chron. 17:2).

Does that mean you’ll never fail? Of course not; you’ll have a bad day or two. But don’t let that be an excuse for not using the talents God has given you. Remember that there will come a day when you’ll stand before the Lord and account for what you did with those talents.

Until then, you have a green light. Now drive.