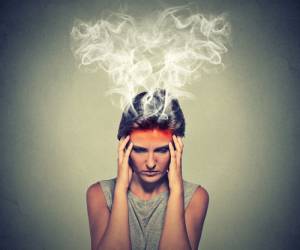 I once knew a teacher (whom I’ll call Sophie) who hated her job. Sophie’s retired now, and I’m certain she’s much happier, but before she retired, she was often in deep distress over the nearly impossible circumstances at her job. (She worked in a different district than I do.) And the fact is, Sophie had a lot to be unhappy about; she worked in a very “challenging” inner city district where students frequently didn’t come to school and when they did, they were either beating each other to a bloody pulp or disrupting any given class they had because they’d missed too much of the class to be able to do any of the work in it.

Now, I know what you’re thinking: why didn’t Sophie just get another job somewhere else if she hated hers so much? Good question; I don’t know—she just didn’t. I do know that she once said she couldn’t start over because that would mean a significant cut in pay and she just couldn’t afford that.

Don’t get me wrong—Sophie was a great teacher. She loved teaching history and she was good at it but she found it nearly impossible to make teenagers who didn’t want to be in school anyway feel any affinity for learning about “old, dead people”. She’d tried, but her students didn’t value education and resented having to work—and often told her so. So after a while, Sophie just got tired. Tired of having to confront students on their behavior and tired of the mayhem that ensued if she didn’t. Tired of the lack of support from her administration and even less support from parents. Tired of the endless government interference with curriculum and tired of the endless days of testing.

Tired of the grind.

Have you ever felt like you’re just doing time until you can be done?

We’ve all been there. But the fact is, it’s never too late to discover your destiny or to make course corrections and get back on track to it.  How?  Because our God is a God of “do-overs”!

For example, Moses got a do-over after killing a man (his fault). Joseph also got a do-over after spending 22 years in prison (not his fault).  Whether you’re ten or eighty, God has a destiny for you.  And it’s a good destiny—one that will give your years life and your life purpose. It will get you out of bed and excited to get moving every morning.  And it will allow you to know that you’re making a real difference in the world which, essentially, adds up to eternal purpose.

I’m reminded of a young woman who had moved to a new town and had no job or money or husband (he’d died); all she had was an old woman to take care of and no food to feed her. Eventually, the young woman got a job harvesting in the fields, barely making any money, and really just living off of what she was able to pick from the fields and take home.  And she did this day in and day out, day in and day out, day in and… you get the pic; you’ve been there.

By now, you realize I mean Ruth.  But did you ever wonder what she was thinking during those long, hot hours in the fields?

How did I get here? Did I make the wrong choice?  What will happen if I can’t work anymore?  Why won’t anyone talk to me?  Where would I be if I’d stayed in Moab?  Will I die here…?

Long story short: Ruth had no idea that she had an incredible destiny, that someday she’d marry a rich man and eventually be counted as the great-great grandmother of King David! Nor did Joseph, rotting away in prison, ever dream that he’d be in charge of all of Egypt. Nor did Moses, a murderer and fugitive, in his wildest dreams, ever imagine that one day he’d be the promised one who would deliver the Hebrew slaves from the cruel Egyptians. Nor did David, a nerdy, smelly, shepherd boy who was ridiculed by his older brothers, ever imagine that one day he’d be Israel’s most famous warrior king. (Funny how Joseph, Moses, and David were all youngest brothers who initially had problems with those older bros… But I digress.)

It doesn’t matter what you’ve done, didn’t do or tried to do and failed—God has a plan for your life, a purpose, a destiny—and it’s a good one.  But only you can fulfill it.  No one else in all the earth has the combination of talent, giftings, ability, mindset, personality and life experience that you have. You, and only you, can fulfill the purpose for which God planted you on this planet in the way that he wants it fulfilled.

If the daily grind is killing you, it’s time to do one of two things: either ask for the grace (the firepower of God) to fulfill your calling without disappointment and dread—or seek your real purpose in life.

It’s time to be done with “the grind”.