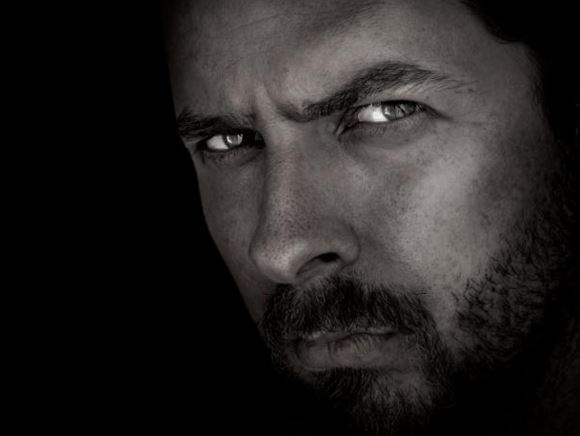 As any good mystery or thriller writer knows, a potential criminal always has to have a motive for his crime. Let’s face it—blackmail, murder, kidnapping—none of them are very intriguing without a really juicy motive.

Nevertheless, outside of criminal law, motives are often not even a factor in real life. But Jesus considers motives. In terms of Kingdom principle, motive is huge. When Jesus came along, he introduced a seismic shift in the understanding of motive between the Old and New Covenants. Under the OT law, for example, the Pharisees technically did everything right from straining knats to tithing their herbs. But still, Jesus called them “whitewashed tombs”. Why? Because their motives stank to high heaven: They were doing those things so that they could point to themselves as “righteous”. Yet when a widow had only a few pennies to give, he honored her because her motive was obviously to share with others, not just to give the minimum so she could check the tithe box.

So what does this have to do with us? Two things. First, sometimes we beat ourselves up for having wrong motives when they’re not really wrong. Secondly, sometimes we judge other people’s motives and not only do we have no business doing that (unless we’re directly involved in the issue), but doing so can have very destructive consequences. Let’s take a look at several situations where the motive thing trips us up…

“Fake It Till You Make It!”

Is that okay? Is it okay to act like you’ve forgiven someone or that you love people or whatever when you’re not really feeling it? Can you say, “Of course I forgive you” or “I love you” because you’re supposed to—but, well, you’re not really there yet?

There are two camps: the “Absolutely not!” folks and the “Sure, it’s a start” folks. The “heck no!” people insist that to “fake it” for any reason is simply a lie and we should never! On the other side of the church is the philosophy that when we set our wills in gear, our emotions will follow, and that’s okay. We may not “feel” the love or the forgiveness in the moment but we’re trying to do what the Bible commands us to do.

So what is the truth? Should we do the right thing simply because it’s the right thing—regardless of emotion? Or is that just unequivocally wrong—should we hold the hugs and the forgiveness until we’re really feeling it?

The fact is, it’s pretty simple: It all boils down to our motives. Are we moving in faith toward real change or are we content just to coast through life going through the motions with no real transformation of heart?

It’s not a trick question.

Parting With Our Cash

Giving is not only a nice thing to do, but the Bible commands us to give. The thing is that in the OT, people were commanded to give a tenth of their income (a tithe), while in the NT, we’re instructed to give tithes as well as “offerings”—money over and above the ten percent. Of course, the word “offer” suggests that offerings are voluntary and they are: We don’t have to give them. However, if we do, there are those who insist that if our motive is “to give to get,” we may as well not give at all. Untrue. The Bible says that we’ll “reap what we sow” and that “The measure that you give will be the measure used to give back to you.” These scriptures imply that it’s okay to expect a return on what we give. How do I know?

Because the principle of faith supersedes everything else.

If we need provision or a return on an investment, we have two choices: We can sow our money into the world’s financial system such as the stock market, or we can sow it into the Kingdom of God. In the stock market, the general thinking is that while it can have its ups and downs, if you hang in there long enough, you’ll make some money. That means that investing in the world’s options will produce a return. And it’s not wrong to invest in the market—just not with our tithes and offerings; that money belongs to God. So, if we take that money and invest it in the Kingdom of God, are we guaranteed a return? Yes—because the Bible says so. However, many think that trusting in the Word of God is too risky an option so they don’t sow into Kingdom work. Conversely, those who do give to the Lord are trusting in God to provide a return on their investment. In other words, money talks. Wherever we choose to invest demonstrates that we have faith in that source.

The bottom line is this: Faith in God’s Word—for whatever reason—is never a wrong motive.

Using Our Gifts and Talents

One of the most destructive judgments people can make is when they take it upon themselves to judge other people for using their God-given gifts and talents. This most often happens when a person’s destiny involves being visible or known. When a person steps out in confidence to do what God has called him or her to do, there are always going to be those judgmental busybodies who poke their heads up out of their holes to proclaim that this one or that one is “prideful”. We’ve all seen it. And it’s pathetic. Only the Lord can judge whether a person is being prideful or whether they’re simply moving, without apology, into their destinies. In order to prove we’re not prideful, do we have to go around feeling guilty for every success we’re blessed with? Absolutely not and those who insist that we do should probably check their own motives.

Does this sound harsh? Perhaps, but judging people for being prideful has been the shipwreck of more destinies than we even want to know.

Labeling motives as “prideful” has sidelined many a good and honest person for fear that, because someone says they’re prideful, then it must be true—so they quit.

Here’s a fact: many Pharisees called Jesus names because he had the audacity to claim he was the Son of God and to forgive sin. And yet he didn’t apologize for it—he simply ignored them and moved in what he was born to do.

In terms of “judging” people for their fruit, here’s a good rule of thumb for deciding whether we need to be critiquing anybody: If the person’s words or actions don’t directly involve us (or they’re not trying to sell us something), we don’t need to be speculating on their motives. The only people who would need to do that are folks in authority whose job description includes “fruit inspector”—a pastor, parent, employer or District Attorney. Otherwise, other people’s motives are none of our business. Here’s a novel idea: If we think someone’s motives need an overhaul, pray for them.

The end game is this: We need to be careful in judging ourselves and others for wrong motives. It’s destructive. There’s never been a tendency toward “wrong motives” that’s ever been cured by a beatdown. If we feel that anyone’s motives are in question, including our own, there’s only one Fruit Inspector we should be talking to.

That’s the only way to be free of the motive trap.