Tips for A Felony-Free Holiday Season 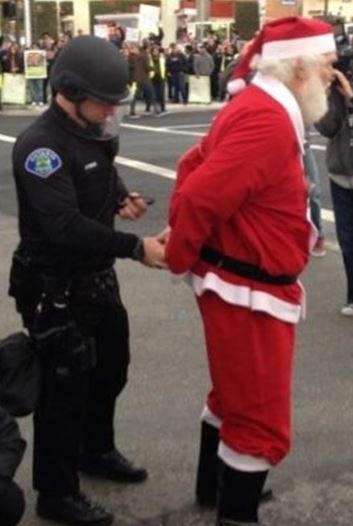 Last holiday season Uncle Jack showed up for Thanksgiving, which would have been great except that Uncle Shawn showed up too, which would also have been great—except that Uncle Jack voted for Hillary Clinton last November and Uncle Shawn voted for (you guessed it)—Donald Trump. And while no one was arrested, yelling was heard, insults were lobbed, and even a few ballistic F-bombs were dropped. Aunt Sophie had to cover her ears, little kids had to be rushed out of the room, and grandma had to be restrained from tanning both their hides since both were, well—too old.

So much for a peaceful holiday dinner.

This year, however, will be different. Uncles Jack and Shawn still aren’t speaking to one another (apparently as long as Senator Schumer isn’t talking to Speaker Ryan, Jack and Shawn aren’t communicating on principle). But they will be seated as far away from each other as possible in case someone brings up tax reform. However, since everyone attending Thanksgiving dinner this year is required to sign a pledge not to debate the health care debacle or the guilt/innocence of anyone accused of harassment, discrimination or looking crossed-eyed at others, we are hopeful that this holiday dinner might actually be pleasant.

With this experience in mind, I thought it might be a good idea to outline a few tactics we all might want to keep in mind so that this dawn of the season of peace might actually be. Chances are we’re going to be seeing lots of folks that we might normally not see—whether we want to or not. And given certain personalities, it’s not out of the question that some conversations might go a little, well—nuclear. Meltdowns may occur. Poisoning of the atmosphere around your dinner table is not out of the question. Mass casualties are probable.

You can be—if you’re forewarned and willing—the baking soda that neutralizes the meltdown.

“And just how would I do that?” you’re asking. “You don’t know my Uncle Ebenezer!”  Well, maybe not, but Uncle Eb takes many forms: Grandpa, your second cousin twice removed (for good reason), your ex, and Satan. We’ve all experienced Uncle Ebenezer at one time or another. So—what can you do when things begin to trend a little, shall we say, awkward?

Change the topic. Thanksgiving is all about giving thanks so feel free to do that (except expressions of gratitude regarding who’s president or who’s not—try to avoid those). Religion is okay since God is, after all, the Reason for the Season; when discussing the Nativity story, everyone pretty much agrees with what happened on the first Christmas. Just don’t fight about whether the Wise Men got there in three days or three years; it doesn’t matter. And don’t get into things like whose pastor is the most long-winded, whether or not Christmas trees are Biblical, and for everyone’s sake, it doesn’t matter who wrote Silent Night—Catholic or Protestant—it’s now public domain.

Keep your lips closed about what you won’t eat. Look, we’re all aware that glutton, sugar, red dyes, salt, fat, and processed foods cause much pain and suffering. We all know that non-organic fruits, vegetables, turkey, chicken, salmon, tuna, et cetera ad nauseam are more deadly than rat poison. We’ve read the 30-foot billboard warnings, seen the 60 Minutes exposé, and been indoctrinated since kindergarten. We’ve read the memos and have the “You Eat, You Die” t-shirt. We know that it only takes one meal once a year to kill us. We don’t need to hear about it at a holiday dinner. The fact is, someone has planned for days and slaved over a hot stove or turkey fryer for hours and odds are they’re not going to take kindly to enduring a lecture about how lethal their food is. Okay? Thank you.

Avoid correcting anyone else’s kids! Honestly, it won’t go over well. Why? Well, the fact is that many parents who bring their kidlets to holiday functions expect everyone else to be envious that those little cherubs aren’t theirs. Now granted, this is often a subconscious illusion but, nonetheless, you do not want to be the one to burst that little bubble. So, no matter what the little darlings do or say, walk away. If you must comment on their behavior—let’s say they’re sticking a fork into an electrical outlet—you might want to approach it by casually commenting to mommy that their child is in a life-threatening situation. However, make certain you assure the parent that neither their child’s behavior nor your comment on it is in any way meant to reflect negatively on that child’s superior intelligence. 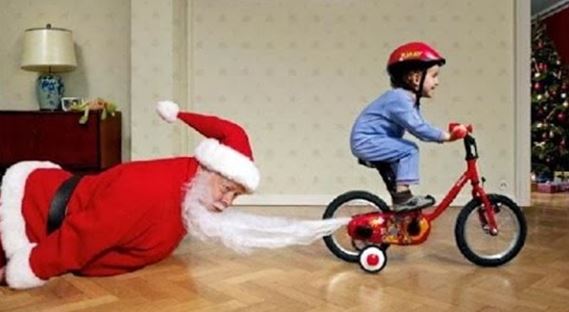 But—what to do if the parent corners you and begins bragging incessantly about their child(ren)? Not much you can do. Go to your happy place.

So you’re wrong. Take the hit. No one has ever died from being accused of being wrong. (Well, only those on trial for capitol offenses but that’s not you. Probably.) If Uncle Ebenezer or his minions want to argue, just don’t. Instead, you might consider other options. You could agree with him. It’ll leave him speechless and you can make your escape. You could comment on how wonderfully behaved his children are. You’d be wrong again but—what the heck?

DO NOT EVER COMMENT ON THE “BABY BUMP”! EVER.  That is, until someone informs you that there truly is a baby bump—then you may comment. However, tread lightly: never agree when the perspective mom complains that she looks like a beached whale. Don’t even nod. If she asks if she looks fat, the answer is an emphatic “no!” In fact, you couldn’t even tell she was pregnant. And whatever you do, don’t ask if she’s having twins.

Now that you know the rules of engagement for a happy holiday get-together with family and friends, you can be the one to ensure that all goes smoothly and no one gets hurt. And when the going gets rough and you don’t know whether you can pull off the impossible, remember: it can’t be more difficult than making peace in the Middle East.

Oh, and one more thing: under no circumstances should you cave to the temptation to roll your eyes.

It’s Entirely About What We Do Have.