What’s In Your Hand? 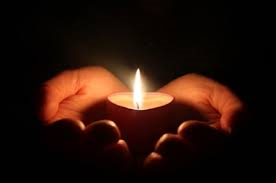 This is one of the most important questions we can ask . What do we already have that we can use, develop, share, multiply, or work with?  It’s a question we must ask ourselves, and it’s often the question God will ask us.

What do we have that we are responsible to use?  What strength, talent, resource, gifting, insight, or ability do we have to help people, provide for needs, solve a problem, earn a living – or whatever else the current dilemma may be?

Here’s the issue: we are so used to looking outside of ourselves for help or provision that we forget to do what God often wants us to do: to start with whatever we might have – no matter how small or seemingly insufficient – and trust Him to make it all we need.

Take David, for example.  What did David have that he committed to God to use?  A slingshot and a stone.  Even when King Saul offered to David his royal armor and sword (which is a very big deal for a king), David turned them down and chose instead to use what God had put into his hand and not what man wanted to put there.  And we all know how that turned out.

Another example is when the disciples came to Jesus, requesting that He provide for 5000 hungry men and their families.  Jesus’ response?

The disciples – very often like us – were baffled by His question.  Their panicked response was that they had only five loaves and two fish.  In other words, “We got nothin’.”

But to Jesus, it wasn’t “nothing.”  It was what was in their hands.

Can God make something out of nothing?  Of course.  When He made the universe, he didn’t even have any stardust.  And sometimes, when we truly have nothing, God works with that.  But because God is as interested in growing our faith as in solving our problems, He requires us to step up and be involved.  And we do that by offering what we have and then letting Him multiply it.

The Bible is full of this principle.  In I Kings, Elijah asked a widow for some water and bread.  When she answered that she had only “a little oil” to mix with enough grain for one last meal, the prophet told her not to be afraid and to bake him a small loaf of bread. Then he took what she had and multiplied her oil so that she and her son never went hungry again.  That wouldn’t have happened if she hadn’t given what she had.

Another example is the woman who broke the alabaster jar of perfume over Jesus’ feet. In her defense (because, of course, someone had to criticize her for it), Jesus’ response was,  ” ‘She has done what she could do’ ” (Mk. 14:8).

Isn’t that all any of us can do?

Even when all we have is very little – as was the case with the widow who had only two pennies to put into the offering at the Temple – to God it’s enough.  Jesus pointed out that widow and told His disciples, ” ‘She has given everything she has.’ “

She gave what was in her hand.

Noah gave his time and energy to build an ark and, as a result, God saved the lives of Noah and his family.  Hannah pledged her only son to the Lord – and God gave her several more children.  Joseph gave his protection and provision to Mary and Jesus (when he could’ve walked away), and God gave him the reputation of being one of the greatest fathers in history.  Esther offered to God her influence with the king in order to try to save her people – even at the risk of her own life – and God saved everyone’s life and blessed Esther  as well.  Mary, herself, when asked by the angel Gabriel if she would consent to being the mother of the Messiah (because she could’ve said no, too) she risked everything – her reputation, her future security, her very life – with her response:  ” ‘I am the handmaiden of the Lord.  May it be done unto me as you have said.’ ”  She gave what was in her power to give – and trusted God with it.

What has God put into our hands?  It may be a resource – money or possessions; it may be a talent or ability; it may be an act of obedience.  Whatever “it” is, it’s never too small or insignificant a thing to offer to God.

The Lord has put a pen into my hand – and so, in an effort to be faithful to what He has given to me, this site, “DestinyHighway.com,” was born. My goal with it is to help you to take what you’ve been given and – make your destiny happen!

What’s in your hand?