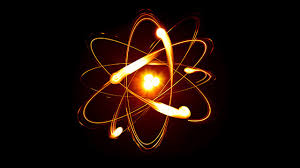 Some years ago, I remember hearing a story about some strange events that occurred during the years of NASA’s Apollo space missions from 1961-1972. According to the astronauts’ testimonials to NASA during their debriefings after returning from their missions to the moon, the astronauts aboard the spaceships reported experiences that they simply couldn’t account for: words reverberating around them in space – an infinite number of words. The astronauts reported hearing thousands and thousands of words which, they realized, were words spoken by people on earth over the course of history. They also reported feeling as though a huge weight had been lifted off of them when they reached heights above the atmosphere – not a physical weight, of course, because a lack of gravity would make them feel lighter. Rather, this was a heaviness, an oppression which they described as having been lifted off of their spirits.

Hard to believe? Possibly. However, there is Biblical precedent for both of these experiences. Let’s take the oppression that the astronauts felt. The Word tells us that the devil is “the prince of the power of the air,” meaning he inhabits the earthly atmosphere, so would it be any surprise that his presence would affect the spiritual realm on earth? No.

What about the words the astronauts heard? Biblical principle also: Jesus himself said that we would give an account for every “idle” word we speak on earth. And he wasn’t making it up. But why?

Because words have incredible and eternal power and influence. Remember that God spoke creation into existence – and it was. Kings made decrees which, at the moment they were spoken, became irrevocable law; even the kings themselves could not retract or change the decrees that had gone forth from their mouths. Moreover, blessings and curses were activated in the Bible through the spoken word – and they affected circumstances. Balaam was paid by a king to curse the Israelites because the king understood the power of word curses. Jacob and his brother Esau, on the other hand, fought over the paternal blessing that their father, Isaac, was waiting bestow on his son, Esau. Jacob, comprehending the real power of the spoken word, stole Isaac’s blessing from his brother.

That’s why Jesus warned against “idle” words – because words affect circumstances – whether they’re spoken carelessly or with purpose. And because we are created in the image of God who speaks matter into existence, our words also have the power to create.

The problem is that “idle” words are often not simply careless but destructive.

Notice how, in the Bible, parents often named their children the oddest things – and those names would affect how the children turned out. It’s probably no surprise that Jacob, whose name means “deceiver,” grew up to deceive his father and brother; after a life-time of hearing himself called a “deceiver,” it was natural for him to behave like one. His name shaped his thinking. But eventually, God changed his name to “Israel” which means “one who prevails with God”.

It’s interesting to note that God often changed people’s names to reflect his vision of them. For example, Abraham’s wife, originally called “Sarai,” is a name which means “argumentative” or “contentious”. However, after God blessed Sarai, he changed her name to “Sarah,” meaning “princess.” God also changed Abram’s name, which means “high, or honored father,” to “Abraham,” meaning “a father of many nations.”

What does any of this mean for you? Simply that you have the power in that little muscle called your “tongue” to affect the success or failure of your own dreams and visions. For example, do you catch yourself saying any of the following?

“This is never going to work!”

“Every time I get money in, something breaks and it goes right out the window!”

“That disease just runs in my family.”

“You’re such a brat! You’re going to end up in jail if you don’t straighten out!”

Perhaps you’re someone who doesn’t buy the whole “word curses” philosophy – that being that sound vibrations exist eternally in the spiritual realm and affect circumstances. Again, remember that Jesus actually said that each of us would “give an account” for any “idle” words that we speak. He said that because words have such creative power. That being the case then, maybe it’s time to revise what we are saying about ourselves, our families, our jobs, our finances, and our health. Instead of curses, we can proclaim blessings for ourselves and our circumstances.

Instead of saying, “This will never work,” we could proclaim, “I was born for this!”

Instead of “Money’s always going down the drain,” proclaim the Word of God and promises of God: “The Lord will bless all the work I do. I will lend to many, but I will never need to borrow” (Is 28:12).

The bottom line is that God has given us the power to affect the success – or the failure – of our dreams, visions, and even our destinies. The key is the words that we speak. As the Word tells us in Proverbs: “There is one who speaks rashly like the thrusts of a sword, but the tongue of the wise brings healing.”  And blessing.

Blessing. Your Destiny Depends On it.