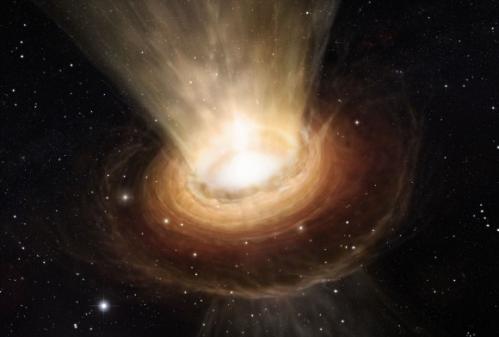 Imagine a place at the far reaches of the earth, a remote corner of the world where mansions are one-room straw huts; five-star restaurants seat people in the dirt around small cook-fires; and the latest irrigation technology means two pails of water carried from miles away. Imagine that higher education is a knowledge of the great stalking cats lurking in the bush or how to scent a storm before its burning pitchforks of lightning split the sky. And imagine that the greatest entertainment to be found is a fiery display of blazing stars wheeling across the heavens in the stillness of some dark midnight.

In such a place, glittering fifty-story high-rise buildings would be beyond imagination—and yet they exist. Grocery stores filled with bread and meat and fruits and vegetables and cakes and pies enough to feed an entire army would be unfathomable—and yet they exist. The technology to hear a voice from the other side of the world or to broadcast a picture from anywhere on earth would simply be a myth, a privilege limited to the gods—and yet it exists. In such a place, lights never go out when the sun goes down; commerce never completely halts anywhere on earth; and working and building and making money are second only to laughing and dancing and drinking—twenty-four hours a day, every day, forever.

Somewhere on earth—perhaps in a few hidden places—the inhabitants are oblivious to even the concept an outside world; they are, as far as they know, the sole inhabitants of creation.

Now—imagine us, in the center of our cosmos, as completely unaware of another dimension, another realm, as the people who populate the primitive universe are unaware of us. And imagine that this realm, this other plane of existence is, to us, as completely incomprehensible in terms of its supremacy as is ours to the primitives.

Imagine that in this realm, the marble palaces of this earth are dingy in comparison to entire cities comprised of light; our most intricate satellites are obsolete because thought is the only vehicle needed to communicate; and travel, commerce and education—all gone—because one has only to speak and one knows, visits or sees whatever one wishes to know, visit or see—in the blink of an eye. Imagine that in this realm, there is no night—yet there are stars; there are no schools—yet there is always learning; and there is no rest—yet there is no fatigue. There is limitless energy, strategy, purpose and activity and yet there is no strife, panic or uncertainty.

But this place is not some future heaven. This place is the spirit realm which exists, right now, just beyond a flimsy curtain of element. It exists, right now, in the very places we sit, stand and sleep. It is a realm populated with spirit beings who keep watch, who defend, who protect, and who strategize on our behalf. They stand, warriors of spirit, invisible—yet more real than we can conceive.

In realms unseen and incomprehensible.

Imagine now that in this place, every possible outcome is already known and our greatest challenges are already being met—even though we don’t see. Imagine that in this place, answers to our petitions have been decreed and await release for some future moment—even though we don’t yet know. Imagine that solutions to our problems and resolutions of our crises have been pronounced and are being kept in invisible storehouses for delivery until the times of our challenges are fulfilled.

You don’t have to imagine.

The fact is, it’s all true. Wheels are turning in the spirit realm and circumstances aligning that we cannot see and therefore do not know. Judgments against unseen foes are being declared on our behalves—against even those enemies of whom we are not yet aware. Events are being planned, people strategically positioned and divine appointments decreed—even if our faith is wounded and bleeding.

Still, angels are aligning, invisible messengers taking wing, and the whole spirit realm is on alert and positioned to deliver our rescues, our blessings and to assist us in the fulfillment of our destinies.